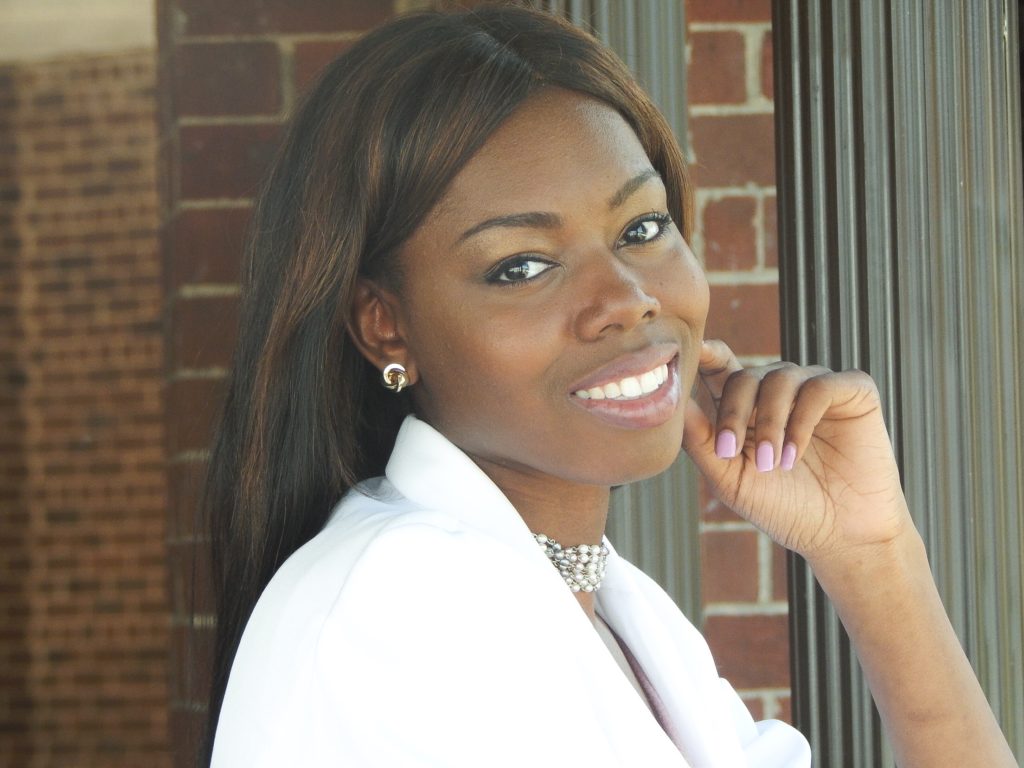 For 24-year-old Diamond Young, Class of 2016, Twitter was not an expected career opportunity. In fact, her place in the mega-company is the result of a little luck and a lot of perseverance.

From June 1 through Sept. 1, 2018, Young will intern as the company’s first ever Executive Assistant to the office of the CEO. She will be based in the company’s headquarters in San Francisco and will work directly with Twitter’s CEO, Jack Dorsey, and his staff on a number of projects.

However, Young’s journey to the megacompany wasn’t straightforward. Like most college graduates she struggled through her own obstacles: she faced a roller coaster of internships, missed career opportunities and was even laid off from her job.

“I went through the optimistic stage after graduation when life hasn’t hit you,” said Young. “Then I went through the ‘leap of faith’ stage. Then after being laid off, I went through that stage where I felt, ‘Well, I have a degree so why should I work somewhere that pays minimum wage?’ But life is what you make it and everyone’s story is different. Some people come out (of college) with a job, and some people don’t.”

Initially, Young envisioned herself living in Dallas or Houston after graduation, working for a major corporation’s public relations department. Then, she faced the discouragement of being overlooked by promising companies and she only got “no” after “no,” she said. Although her goals seemed to hover just out of her reach, it was that rejection that fueled her to keep searching for her next opportunity.

“It’s a mental game, applying for jobs,” she said. “Applying for jobs is a job itself. With every ‘no’ you just get more insecure and you think, ‘Why not me?’ It’s a hard pill to swallow feeling like you’re not enough but you have to see the bigger picture.”

Then one day she saw herself living in Florida, so she uprooted herself from the familiarity of North Carolina and headed to the sunshine state where she eventually worked as an executive assistant for a John Maxwell marketing branch.

The transition was not easy for her, she said. She faced an entirely new set of struggles. She had to dig deep within herself to find her voice to prove her place within the branch. The cost of not being able to hone in on her purpose was her job.

“’I’m not afraid to move or adapt to something new. That’s not an issue for me, but the social media world only captures the good stuff – many people aren’t talking about the uncertainty, confusion, and depression that comes with taking risks. That’s why some people don’t take risks,” she said.

Shortly after becoming comfortable at her place of employment, it all came to an end. She was laid off and she suddenly found herself at square one all over again. Back in Greensboro with no new job opportunities, she was forced into looking for low-paying jobs – something she thought wouldn’t even be an option after earning her degree.

“It was humbling to say the least. Sometimes you have to go back a few steps to go forward. You can learn a lot by going backward,” she said.

It seemed too good to be true, but Young jumped at the opportunity. After two interviews, she knew it was a sure thing. All her hard work, leaps of faith and self-growth paid off. She was going to intern at Twitter.

“It’s such an amazing moment to know you’re the one,” said Young. “The coolest part is that the email (originally) went to spam… They had over 70,000 applicants and they could have chosen anyone else… But they came back around, I got the email, and it all worked out.”

While at her internship, she plans to be like a sponge, she said, soaking in as much information as she can. She hopes to leave the internship with a better idea of which area of human resources she wants to focus on. More importantly, she wants to grow into the person she’s meant to be with the support of a mega-company by her side.

“Sometimes when you (join) a new team, you can shrink. Everyone has their role and you don’t want to step on any toes… but I had to really figure out how to be me no matter where I am. So what do I want to bring to Twitter? I want to bring me. The experiences I had going to an HBCU and being in North Carolina – I want to be able to bring that confidence and not shrink,” she said.

Now with her summer internship secured, she plans on paying her successes forward. She encourages all students to be open and not be afraid of leaving where they have always been because that’s how greater opportunities are met, she said.

“I want Twitter to come to A&T,” said Young. “I get it: every company can’t go to every school, but that doesn’t mean it’s not possible for A&T. My main goal is to bridge that gap because I know what it can mean on the larger scale of things. I want Aggies in Silicon Valley. I want that Aggie connection alive out there.”

For all recent graduates, Young has taken from her own experiences to give these words of wisdom:

“Having a support system, staying busy and being willing to go backward to go forward is the best advice I can give,” she said.