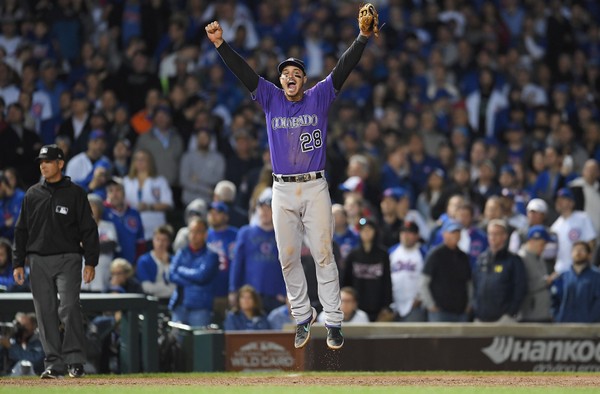 We are back here with the third edition of  “Throw ‘Em A Bone,” where we highlight the top three performances in sports.

Kansas City Chiefs (4-0) and the Los Angeles Rams (4-0), for the sole purpose of not singling out Patrick Mahomes again, we are going to give a bone to the last two undefeated teams in the NFL. The Rams improved to 4-0 after defeating the Minnesota Vikings (1-2-1), 38-31 in a pretty entertaining Thursday Night Football game. It was an all-out aerial assault between the two teams with all eight touchdowns, in the game being, through the air. Jarod Goff threw five of those touchdowns and is an early MVP candidate. This is the third consecutive week that Mahomes will be getting a bone. Now, yes, Travis Kelce and the crew had to do their part, but it did not happen without the late game heroics of early MVP candidate, Mahomes. Through his first four career starts,  Mahomes has 14 touchdowns, 0 interceptions, and has led the Chiefs to a perfect 4-0 record! This week’s bone goes to the undefeated Chiefs and Rams!
N.C. A&T football, “Can I get an AGGIE PRIDE!?” The big dogs of the MEAC bounced back, after a loss to Morgan State University (1-3), on Thursday night with a 31-16 victory against MEAC nemesis South Carolina State University (0-4). Quarterback Lamar Raynard passed for 253 yards and 3 touchdowns while senior running back Marquell Cartwright had his first 100 yard game of the season, as he rushed for 157 yards on the ground. Head coach Sam Washington noted at the postgame press conference “the defense did what it was expected to do.” The defense has only allowed more than 20 points once this season, against East Carolina University (2-2). The first of many bones goes to the defending National Champions, N.C. A&T Aggies!
The Colorado Rockies won their first postseason game since 2009 when they defeated the  2016 World Series Champions, Chicago Cubs. The Cubs are on the decline despite having three players making $25 million plus and having a slew of All-Stars. They lost last year in the National League Conference Semis, in five games, to the Los Angeles Dodgers. Newly acquired All-Star pitcher Yu Darvish is on the disabled list. The Rockies capitalized against the struggling Cubs and won the wild card game 2-1 at Wrigley Field. Tony Wolters’ RBI single gave the Rockies the win in the 13th inning. With a very passionate fan base in Denver, it is good to see the Rockies pick up a win in the postseason. They will play against the National League Central Division Champions, Milwaukee Brewers, in a best of seven series in the National League Division Semis as the Rockies are looking for its first World Series appearance since 2007. But, for now, we are going to throw them a bone and let them enjoy that “Rockie” mountain high!