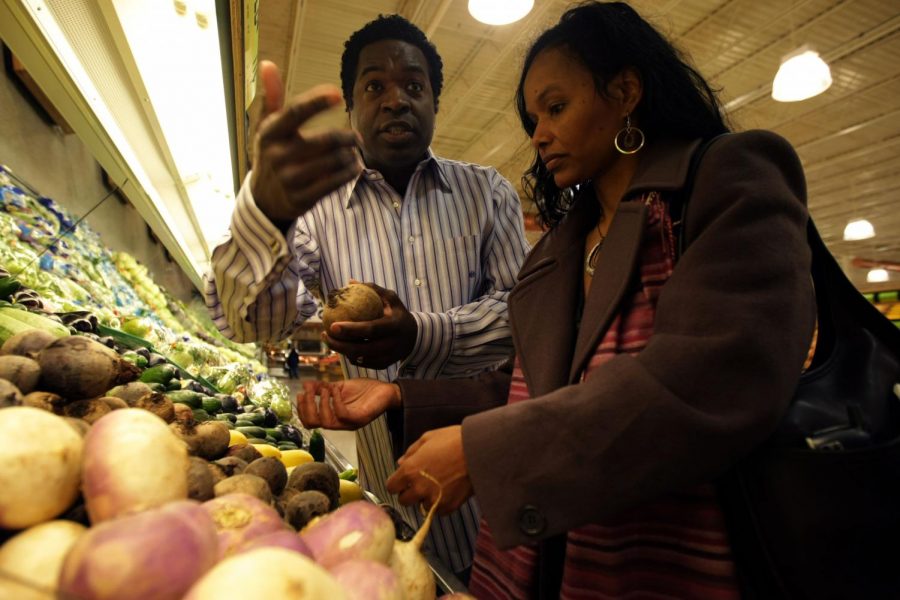 Veganism and plant-based diets are more widespread and popular today in the United States than it has ever been before.

However, popular images of vegans often portray affluent white people. White people have been at the forefront of the vegan and plant-based movement, as seen in many cookbooks, magazines and blogs.

Veganism has been seen as a “white thing” for quite some time, and it is not completely wrong. The plant-based community is indeed predominantly white.

Considering the various reasons, it is understandable why the diet is not commonly found within the community. But for the sake of black people’s health, a change needs to be made.

Unfortunately, food deserts exist and predominantly black communities are more likely to live in these areas. An estimated 23.5 million people live in low-income areas more than one mile from a supermarket, according to Teaching Tolerance.

This is largely due to a lack of grocery stores, farmers’ markets and healthy food providers. These communities often have to rely on convenience stores which are notably filled with a variety of processed, sugar and fat-laden foods.

Families in these communities cannot afford nutritious, organic options, so expecting people to sustain themselves on instant rice and ramen noodles for the sake of animal welfare is unrealistic. Fighting for more access to fresher options is the most effective way to promote veganism.

When thinking about food from the African-American community, many people think of soul food. Recipes have been passed down for generations and held as sacred traditions. Both cooking and eating are central parts of the black family.

In a study conducted by the American Journal of Public Health, it was found that Several deadly diseases are more prominent within the African-American community such as diabetes and high blood pressure. African-Americans are more than 60 percent likely to suffer from diabetes than White-Americans.

Within the medical community, it is widely acknowledged, even by major health organizations, that animal products rich in saturated fat and cholesterol are a major contributor to both heart disease and diabetes.

It has been found by The Permanente Journal that consuming a low-fat vegan diet has been able to reverse even very bad cases of cardiovascular disease.

In a world rampant with increased health ailments and environmental crises, veganism remains a fairly inaccessible and ‘white’ movement. If white vegans want veganism to have a chance of having a lasting role in the future, it is key to improve the movement now, opening it up for all.

By standing up for people of color — attending protests, community meetings, and other social justice events that people of color organize to claim their humanity. Take an active interest in the victory and struggles of people of color compared to using them to fill quotas.

As veganism becomes more widespread and popular throughout the  United States it is important to change the prototypical image of vegans.

Despite attempts to make veganism more diverse, it is still seen as something for the white and privileged. Veganism is not prominent within the African-American Community because of poor access, more important issues and the culture within the black community.