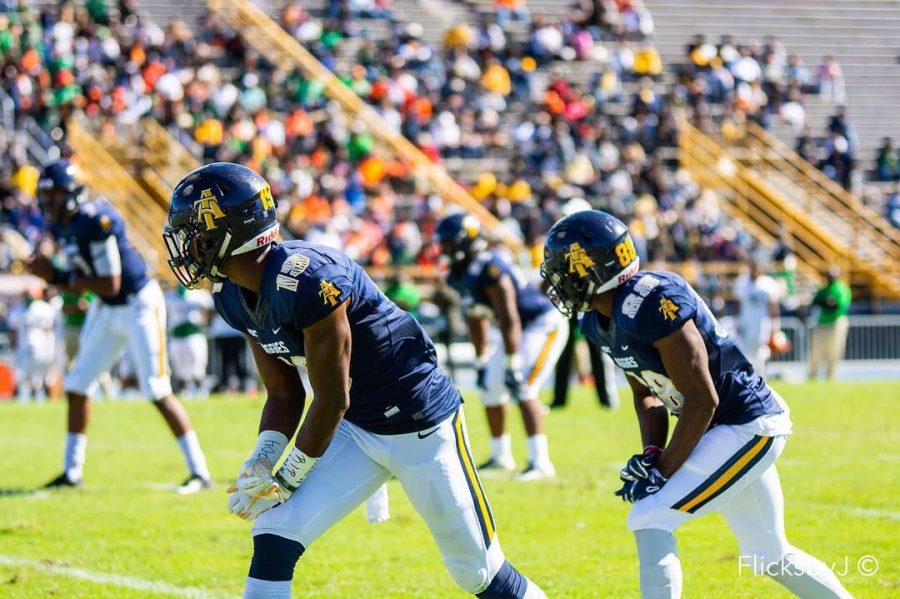 The N.C. A&T Aggies (6-2) are set to play their homecoming game Saturday, November 3rd, against the Norfolk State University Spartans (3-3).

The Aggies are coming off a 35-10  win against Bethune Cookman University (4-4). Quarterback Lamar Raynard (Redshirt, Sr.)  completed 11 out of his 14 pass attempts and threw for 189 yards and two touchdowns. With N.C. A&T coming off of a bye week, last week, they have another week to prepare for the Spartans.

Norfolk was dismantled by Savannah State University, 32-3, last Saturday. Norfolk, this season, has a .500 record, in conference play (2-2), as they are in perpetration to face off against the Aggies.

“We have beat them past three years. I’m not worried about anything,” said by a Greensboro native.

A notable player to watch on Norfolk’s roster is quarterback, freshman, Juwan Carter. After serving a one-game suspension earlier this season, he has played decent leading the team in passing yards and touchdowns.

On the Aggie’s sideline,  quarterback Lamar Raynard (Redshirt, Sr.) is the talk of the conference after breaking Alan Hooker’s all-time touchdown record, in Aggie history, against the FAMU Rattlers. With Raynard playing NFL caliber football, the team is looking at him to lead them to more victories as the season is coming to an end.

It has been a while since the Aggies lost a Homecoming game, and they do not look to end the streak this year. With the 2nd and 8th ranked teams, in conference play facing off, we should expect a great game between conference rivals.