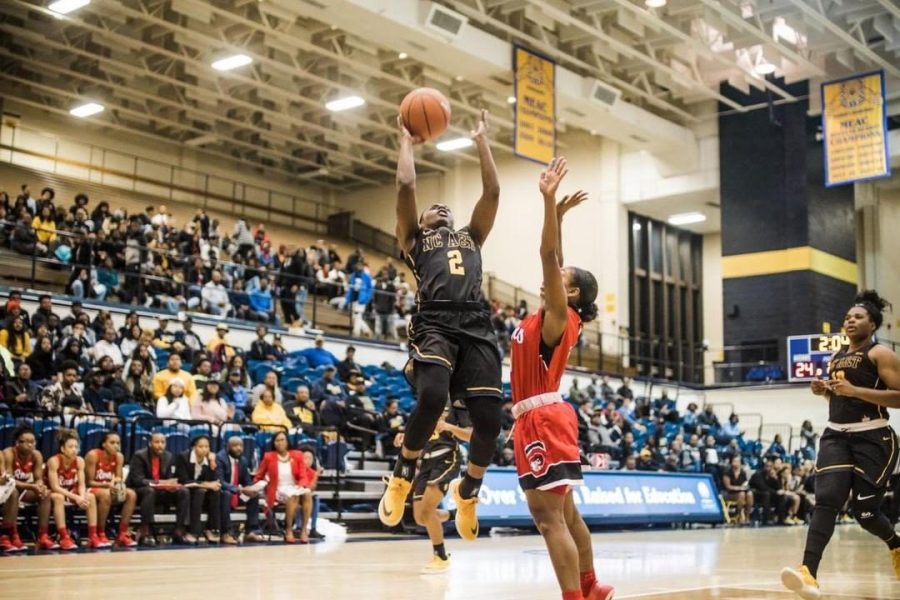 We are back here with our fifth edition of  “Throw ‘Em A Bone,”  where we highlight the top three performances in sports.

First bone goes to the North Carolina A&T Football team after they obliterated the North Carolina Central University Eagles, 45-0, on the road in Durham. This was a mere 24 hours after North Carolina Central students held a mock funeral for the Aggies, the night before, guaranteeing victory and avenging the loss from the prior season. On a side note we won’t give a bone but a small treat to the Bethune-Cookman Wildcats, who defeated the Florida A&M University Rattlers 33-19. With the win over the Eagles, and the Rattlers lose, the Aggies have reclaimed the Mid Eastern Atlantic Conference Championship .  They will have a chance to win their third National Championship in four seasons!  We give our first bone to the defending HBCU National Champions, the North Carolina A&T Aggies.
The second bone goes to the North Carolina A&T Lady Aggies, women’s Basketball team, who defeated the Winston-Salem State Rams, 60-56, giving them their first win of the season. The Lady Aggies have had a slow 1-5 start, and they look to turn their fortunes around in the second half of the season playing 11 straight conference games. A lot is at stake whenever rivals collide, especially the Aggies’ I-40 rivals, who always talk the talk, but can never walk the walk. We are throwing a bone to our defending MEAC Champions the Lady Aggies!
The third bone goes to the 10-2, New Orleans Saints. With perennial Pro Bowlers at quarterback, running back, and wide receiver, and an above average defense, the New Orleans Saints are looking to make their way to Atlanta for Super Bowl LIII. At the age of 39, Drew Brees is in his 18th season, and it may be his best one yet. Many think he would’ve already hit his peak after 11 Pro Bowls, three first-team All-Pro selections, and two NFL Offensive Player of the Year awards, under his belt, yet he is on a mission to prove he can continuously get better. Brees was named the November NFC Offensive Player of the Month, which he deserves because of how great he is playing after throwing for 16 touchdowns and only 2 interception s. Not to mention, the Saints were winners of ten straight before to losing the Cowboys in Week 13, 10-13.  With that being said, there is validity to Brees being named league MVP for the first time in his career.  After three consecutive seasons of mediocrity, posting the same 7-9 record from the 2014-2016 seasons, the Saints are on the verge of a huge Super Bowl run right at the tail-end of what has to be considered a first ballot hall of fame career for, Brees. A bone to the leaders of the “Who Dat Nation,” the New Orleans Saints!