The most forgettable Presidents 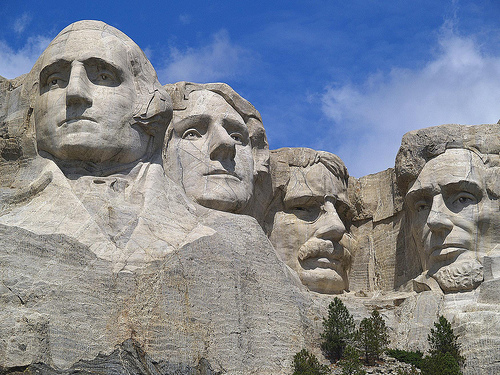 Presidents’ Day is typically associated with George Washington because it celebrates his birthday, but what about the less memorable men who have passed through the Oval Office?

Also known as “The Red Fox of Kinderhook” on the political battlefield, Van Buren is far from the MVP of the American presidency.

Van Buren. is  the first president not of British descent.

He was the son of a Dutch tavern owner and gained his interest in politics through listening to debates in the rowdy rooms of the family saloon.

In 1836, he won the presidency, but soon fizzled out due to leadership defeats and ineffective policies.

Don’t look for him on the penny any time soon.

Harding is generally regarded as the worst president ever.

He was disappointing from the start of his campaign, as many considered it boring.

He ran on the promise of a “return to normalcy,” which he felt the country wanted following Woodrow Wilson’s bold and visionary term.

Harding also ran the White House like a kind of boys’ club, where he and some friends called themselves the “Ohio Gang,” enjoying drinking, playing golf and cheating on their wives.

Just as the friends he would appointed were being nailed for corruption, Harding contracted what doctors assumed was ptomaine poisoning and died of a related heart attack.

No autopsy was performed, but rumors have it that his wife poisoned him to protect what legacy he had left.

In fact, in Feb. 2006, a group called the Friends of Millard Fillmore host the annual FOMF Trivia Hunt, a contest celebrating obscure knowledge.

Fillmore was born in 1800 to a impoverished family, but thanks to his work ethic, he taught himself to read and eventually became a lawyer.

Eventually Fillmore entered the political scene, and in 1848, the Whigs ran Fillmore for vice president alongside Zachary Taylor.

The pair won the election, though they had differing opinions on slavery.

However when Taylor died, Fillmore tried to appease the North and South by supporting the Compromise of 1850. U

Unfortunately, alienating the North and created a fair share of enemies on both sides.

He tainted his presidency, lost several bids for re-election and died of a stroke in 1874.

Hoover won the 1928 presidential election with almost 60 percent of the vote, but today he is remembered as a dam.

Hoover though, was a U.S. president. Orphaned at age 9, he worked his way into the newly established Stanford University to study mining engineering.

There, he married Lou Henry and traveled the world, evaluating mining sites and learning languages.

In the White House, they often spoke in Mandarin when they didn’t want staff eavesdropping.

Hoover’s successful coordination of the U.S. Food Administration during World War I paved his way to the Oval Office.

Although massively popular early in his term, the Great Depression came along and soured his approval rating.

Most people only know Arthur for his mammoth moustache, but he should be remembered as a man who rose to the occasion.

As a young man, Arthur worked on civil rights cases in New York before submitting to the corrupt New York political machine of Roscoe “Boss” Conkling.

In 1881, Arthur became vice president under James Garfield, but butted heads with the president over an appointment that lessened Conkling’s power.

Instead of becoming a political pawn as everyone expected, Arthur became a man of the people, taking steps to cut back on appointing friends regardless of their level of qualification, like former president Harding and rejecting pressures from big business.