Men on the Move present: Letters to Kalief Browder 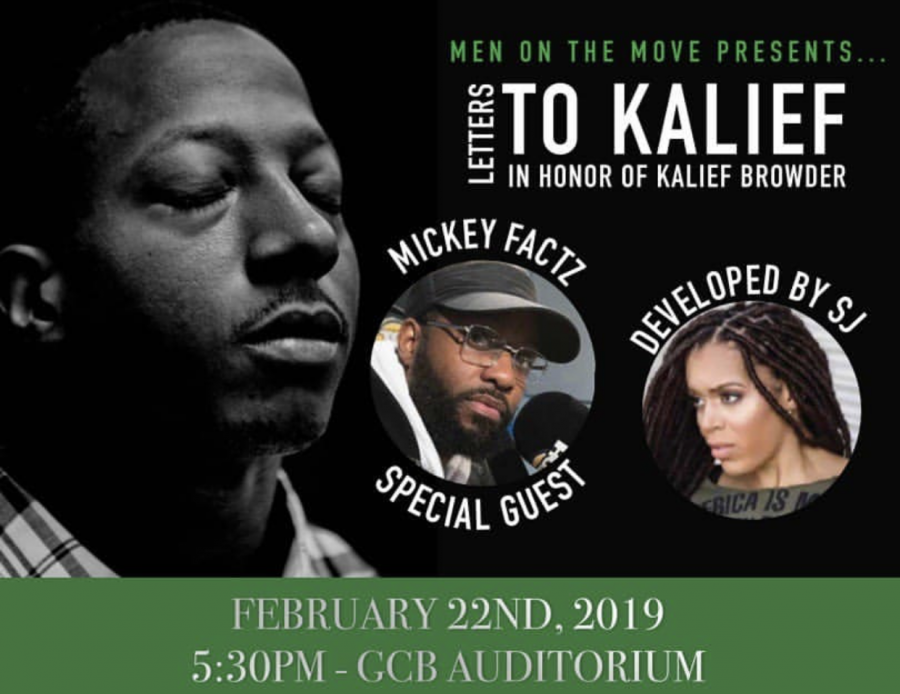 Men on the Move (MOTM) is hosting a night of film, music and poetic expression in honor of Kalief Browder.

Kalief Browder was falsely accused of burglary when he 16 years old.

He was in Riker’s Island prison, and after 3 years following his release, he commited suicide.

MOTM will be premiering a docu-drama film by SJ. Along, with hosting keynote speaker, Mikey Factz, to incite candid conversation about the criminal justice system.