The Black Narrative project presented at the 2019 NCCMA

Untold, misconstrued and false stories about N.C. A&T retold as the Black Narrative. 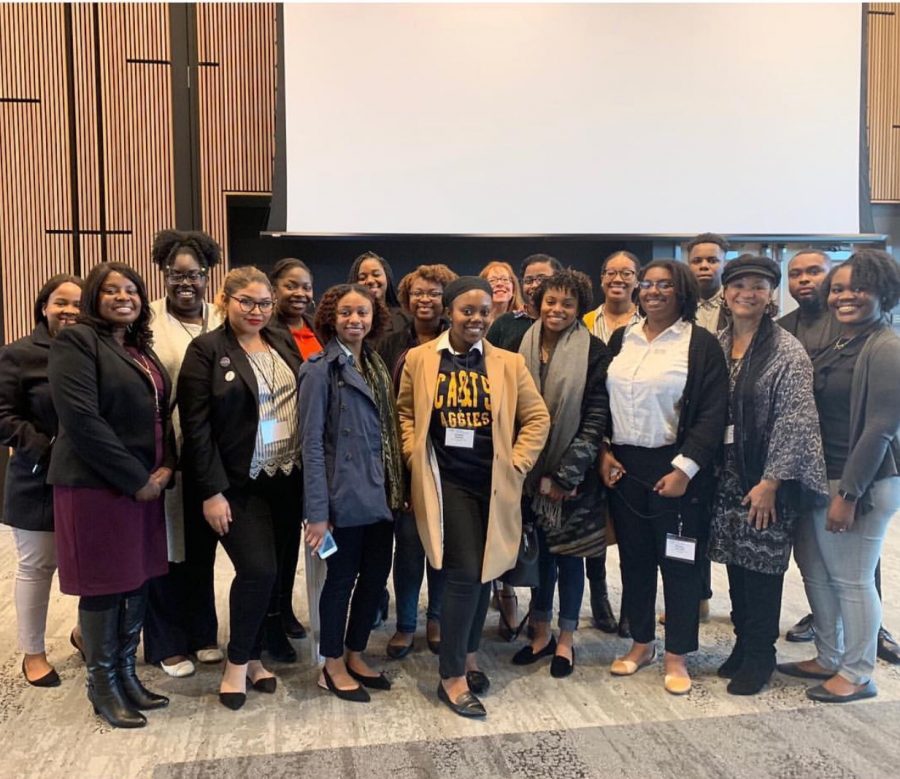 Feb. 23, 2019 –  “Aggie Pride” took center stage at the 2019 North Carolina College Media Association Conference and awards, which featured two sessions fueled by the The A&T Register’s Black Narrative project, their work supported by the 2018-19 Poynter College Media Project. The A&T Register’s editor-in-chief, Alexis Wray, kicked off the day-long event with a welcoming “Aggie Pride”  that transcended into a responsive and open audience of a conference-record 200 attendees on N.C. A&T campus.

“We don’t intentionally as journalists set out to do something bad,” Yancey said.

The panel discussion sparked conversations and questions among the audience about solutions for more diverse newsrooms and coverage. Student journalists from throughout North Carolina showed interest in the Black Narrative and asked how they could implement similar approaches to broaden their own news outlets’ coverage.

Further questions and ideas were asked to be saved for the 3:00 p.m. session, Investigative Journalism: The Campus Media Project, which featured Yancey, Wray and Zila Sanchez (managing editor of the A&T Register). 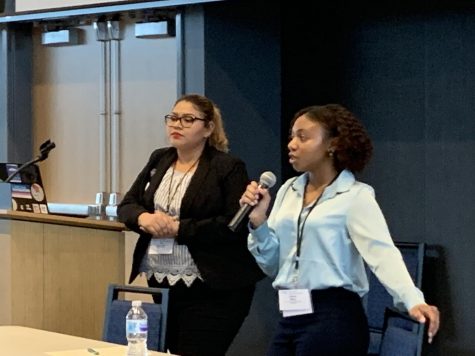 While Yancey opened the afternoon session with an explanation of what the Poynter College Media Project entails and how student newspapers can organize similar projects like the Black Narrative at their own campuses, the session came to life when Wray and Sanchez explained their work this school year.

Mass media can alter your perception. It’s time for our stories to be told without bias. #NCAT #NewProfilePic pic.twitter.com/gvmDYwEX2g

Wray and Sanchez presented the A&T Register research that confirmed their suspicions of two-dimensional storytelling of N.C. A&T and black communities of Greensboro.

Examples of stories were presented:

Person shot in leg at convenience store near NC A&T

High Point University Comes To The Rescue Of Bennett College 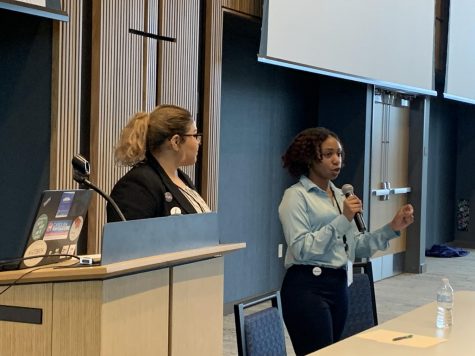 While the city of Greensboro has a majority of minority residents, the 22-person staff of The News & Record includes 18 who are white, two who are Black, one who is Hispanic/Latino, and one who is Middle Eastern.

Wray pointed out that skewed coverage in Greensboro is nothing new. She shared an article from the A&T Register in 1979, by a former managing editor, Jacqueline Pender-Jones entitled “Ten Years Later…” 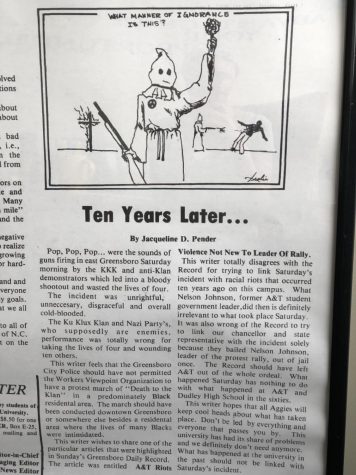 The opinion column addresses News & Record coverage of the campus, specifically a news story from the 1979 the Greensboro Daily Record, “A&T Riots Violence Not New to Leader of Rally.” The News & Record’s article compared an incident in 1969 at N.C. A&T,  “the most massive armed assault ever made against an American University,” during which a student, Willie Grimes, was killed to the 1979 Greensboro Massacre.

“10 Years Later” posited that the comparisons of the two incidents were inappropriate as they led readers to the assumption that N.C. A&T and black communities caused the 1969 incident and the 1979 massacre; only perpetuating stereotypes that the black communities of Greensboro were full of radical rioters in dangerous spaces where violence and death resided.

Wray shared Pender-Jones’ current thoughts about her 1979 editorial. “It has been 30 years since I wrote that article,” Pender-Jones told her. “I find it interesting that as a student in 1979 that I wrote something on this topic that has turned out to be so prevalent and relevant to this day.” 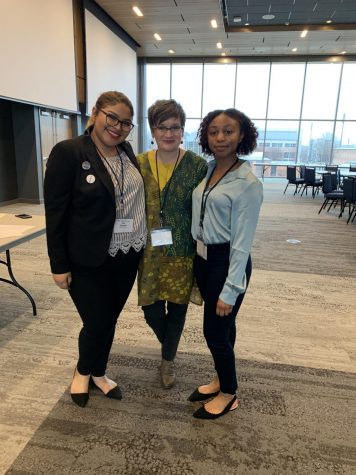