An epidemic the black community refuses to acknowledge 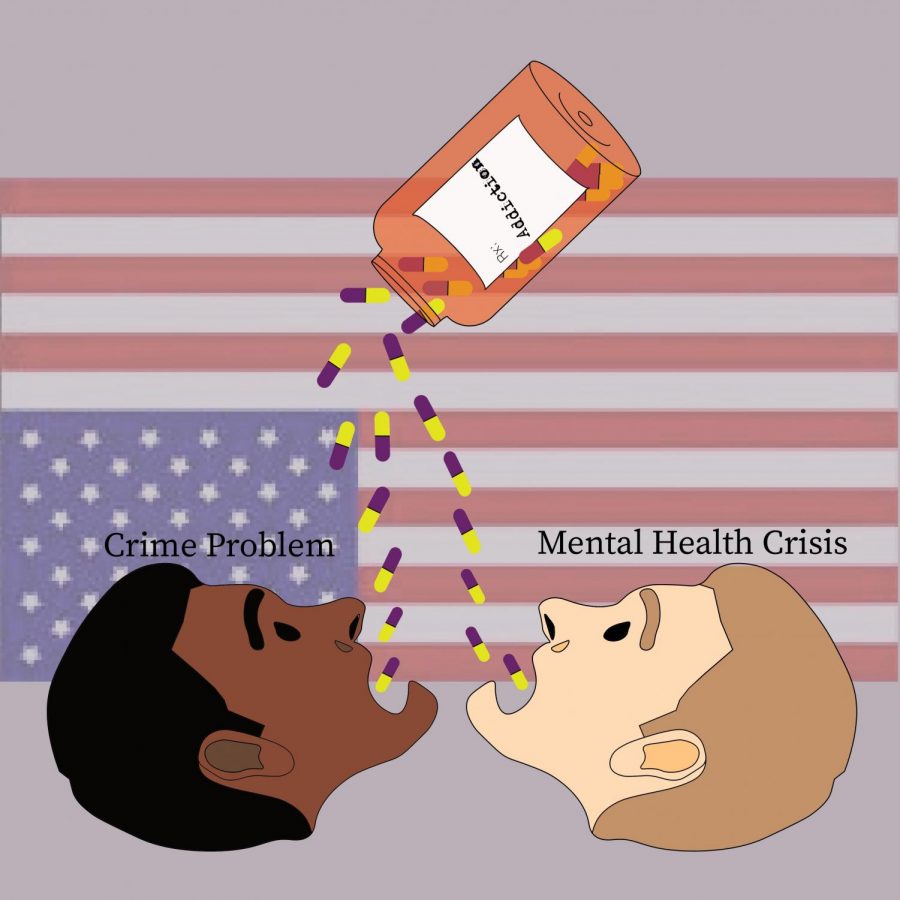 A problem for the United States more common than once thought is the opioid epidemic: a chronic issue of the last 10 to 15 years has been proven to be twice as bad in North Carolina.

Part of that rise in deaths per year is due to the use of opioids for recreational use.

Percocet, Xanax (commonly known as bars), MDMA (known as molly), codeine, Vicodin and even heroin are the drugs commonly found among the black community when used for recreational use.

Most of the time, these are used as party drugs or “club” drugs.

While African Americans are aware of what these drugs are, many are unaware of their intended uses and may think that some of these drugs “aren’t even that bad” because pop culture has magnified them to be used to have fun.

In the 2013 single, “Ain’t Worried About Nothin” by hip-hop artist French Montana is a good example, as he talks about walking with “women” whose names happen to be Molly and Aquafina which actually refers to the act of “popping” pills and downing them with water.

While opioids can do the same damage no matter the color of someone’s skin, the way of how they are prescribed comes with baggage, too.

While it is seen that a white person may just have a “problem” after abusing the prescribed opioids because of serious injuries, it is also seen in the opposite light by some doctors that a moderate amount of the black community may not use the prescribed drugs and that they would just re-sell them for a quick buck.

In 2016, the black community had a 41 percent spike in deaths related to opioids just in that year per Krystyna Murray the author of The Tinge of the Drug Crisis: Black Americans and opioids.

In an article by Kevin McKenzie, founder of an online store selling natural herbal remedies and advocate against the use of prescription drugs, Largely white opioid epidemic highlights black frustration opioids are more commonly used by the white community – the main source of the United States’ high number of the’ overdoses.

Still, the black community has to pay attention to what we are doing, whether that be demoting the use of certain drugs for recreational use or being aware that it is an issue in our community.

The war on opioids is not just a “white issue.” It is prevalent in the black community in suburbs, cities and universities and higher level institutions.

Our lack of awareness combined with our desire to have fun may come at a cost, whether that be an addiction, an overdose or death.

This should never be the price anyone is willing to pay.