An exclusive interview with Bennett Belle on censorship. 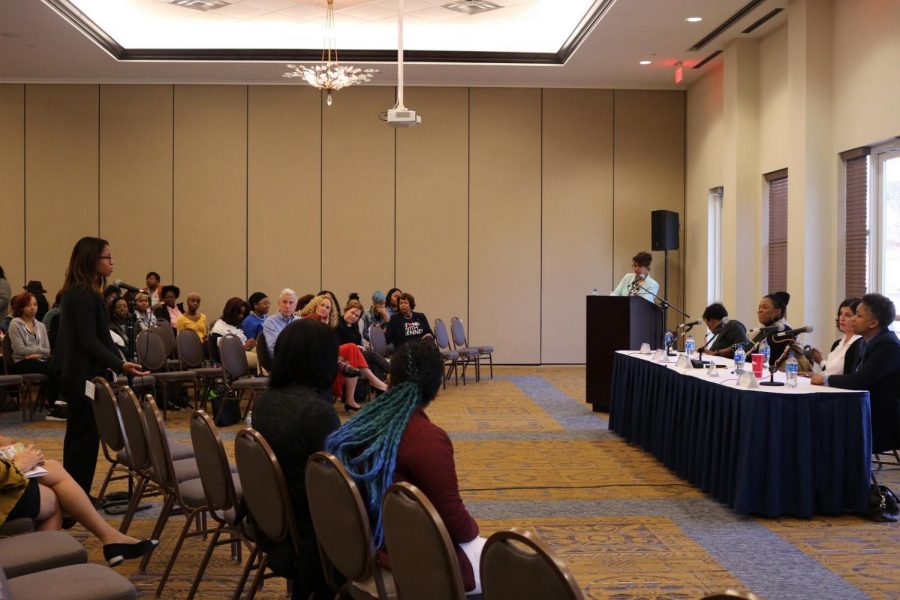 The executive board of Bennett College officially impeached its former Student Government Association President, Alexis Branch, at the beginning of April.

Branch, senior political science student from Marlboro, MD, released a statement and petition against LeRoy Summers, the VP of Business and Finance, for alleged appropriating funds and sexual misconduct.

When it came time for the process of impeachment, Branch was not provided with any ultimatums. The letter from Constance Staley, SGA vice president and student senate chair, demanded Branch’s attendance, despite the rules

“Your presence is requested and highly suggested at this impeachment hearing. However, failure to attend the hearing will result in a decision made by the Student Senate in your absence,” the letter included.

“There main reasoning for the petition was I put my petition online and I utilized the SGA logo,” said Branch

“As a member of SGA, I am allowed to use our logo, and I also have the right to put anything on my personal social media page as I see fit. That’s my right as a citizen of America.”

The reason behind this impeachment still remains unknown to Branch, as well as the students. Although the use of the logo was an issue, which alluded to the impeachment, the reason was never provided to Branch or anyone in the public.

Constance Staley, SGA Vice President and Student Senate Chair was contacted to receive a statement on the reasoning behind the impeachment. The Senate did hold a meeting where students, including Branch, could ask specific questions based on the grounds, evidence and allegations. Branch asked several questions surrounding acts including violations of the constitution, which regulates freshwomen from joining the senate.

However, the members of the senate provided answers that did not clarify the violations Branch committed. This can be heard in a recording by Branch that will be posted on The A&T Register website.

“The current Student Government Association Executive Cabinet does have a response/comment at this time,” Staley replied.

During the meeting, several students were in support of Branch. The voting members as well as the four executive board members, who signed the petition were under fire by the students, who believe Branch was wronged.

“I think it is unfair the last month of school her position is taken from her. At the end of the day she was the only one, who spoke out about it [allegations against Summers for sexual misconduct], and took the girls’ letters into consideration,” said one student.

Branch believes she was not invited to these secret meetings with the President, Director of Campus Life and other administration officials due to “malicious intent.”

Although the impeachment has officially removed Branch, this is just one the many incidents she has endured while being a student leader on the campus of Bennett College.

“They received an anonymous letter over the summer. I don’t know what group of students wrote it, but they spoke up about the bullying and  harassment I have endured while I was at the college,” said Branch.

Other students even confirmed the “vendetta” Branch uses to describe how SGA and the university administration has treated her.

“If we are going to be honest we already know half of SGA does not like Alexis. It is a known bias on campus,” said one student. (51:27)

Four student leaders of the college, who sit on the executive board, held private meetings without the knowledge of Branch. These leaders include Brooke Kane- Miss Bennett College, Constance Staley, Africa Coardes, and Faven-Jewel Post, according to the signed petition.

“I had to file a no contact order, because I was getting threatened by people on my team. I disclosed it to [President Dawkins]. Before the paperwork was even finalized, she called one of the members and told them what I was doing, and they filed a false report on me.”

She has written and published several letters to her student body through her social media accounts to display her battle between the private institution and herself.

The Senate also held a meeting where students could ask questions for the impeachment decision.

Branch knows there are more important issues than this, despite the uproar it has caused on campus. While combating campus issues, which include the divide of sisterhood, retention rates, and funding for the buildings of Bennett College, Branch will continue to fight this issue as well.

“They actually used the lawyer for our accreditation to impeach me. That’s where our money is going right now: a lawyer to impeach the SGA president.”

Students of Bennett are advised to be on the lookout for more information from Branch on the matter as she continues to speak out against the issues of the private institution.

“A petition was submitted last week  for my reinstatement. They have not followed up on that or received anything. It has been over 72 hours. I also sent an appeal to their decision, and they have not responded to that. It is not being tolerated.”

To hear the meeting held by Bennett’s senate, click this link.