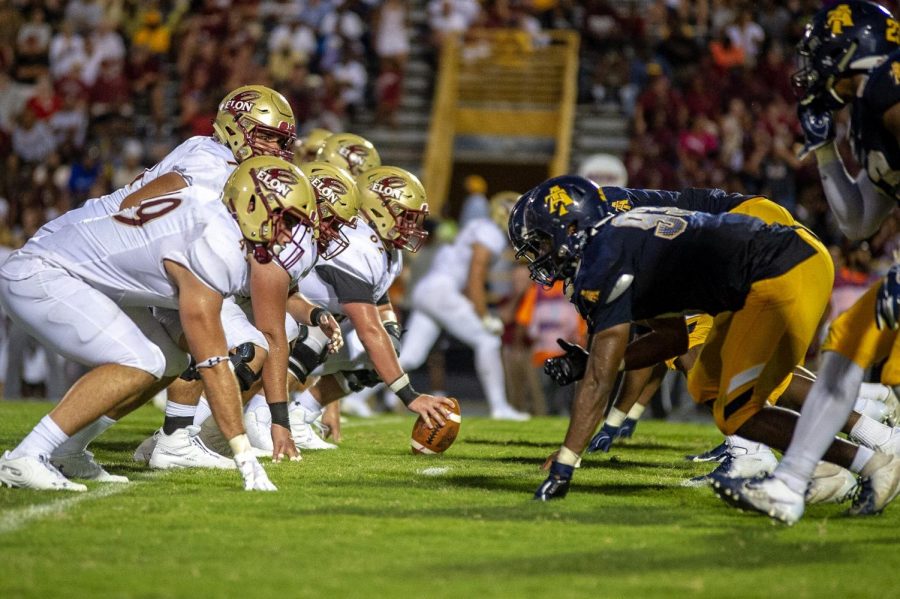 Styles make fights. That is exactly what the Aggies were in when they took on the no. 21 ranked school in the FCS the Elon Phoenix in the Aggies season opener.

It was a scoreless first quarter until the 1:41 mark when the Elon Pheonix scored on a five-yard rushing touchdown.

After that, the Aggies dominated for the rest of the first half.

The Aggies scored early in the second quarter with a one-yard rushing touchdown to tie the game up 7-7.

Quarterback Kylil Carter, a graduate, threw a back-shoulder fade that senior wide receiver Elijah Bell caught with one hand while being heavenly defended to bring the score to 14-7.

The Aggies ended the half with back-to-back sacks to close out the half but the Phoenix came out with guns blazing after halftime.

Elon capped a 75-yard drive with a rushing touchdown by De’Sean McNair for his second of the night.

After a scoreless third quarter by both teams, N.C. A&T got the ball back with 25 seconds and no timeouts left.

This set junior kicker Noel Ruiz up for a 52-yard field goal attempt for the win. Ruiz missed two prior field goals in the fourth quarter (46 yards, 41 yards) but completed his last attempt of the game when the clock read triple zeroes.

N.C. A&T will look to take this momentum going into Durham as they will face the Duke Blue Devils on September 6, the first of a three-game road trip for the Aggies.