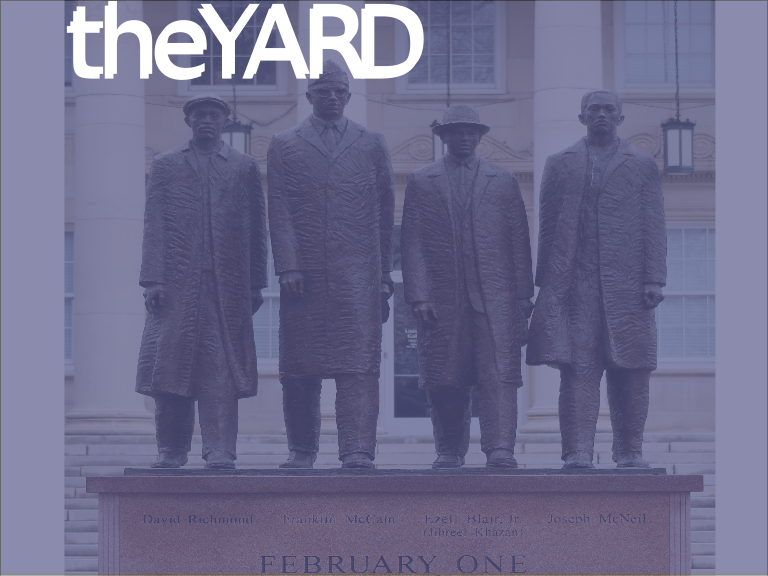 This year’s homecoming kicked off with a royal affair at the coronation of Mister and Miss N.C. A&T.

Mister and Miss A&T have always served as the faces of the university as well as community service chairs for the Student Government Association (SGA), making them part of the history at this university.

The current Mister and Miss — Armani May and Diamond Mangrum — have wasted no time this year implementing several community service programs and initiatives.

Held in Corbett Sports Center on Oct. 20, 2019, this year’s coronation transformed the space into an experience straight out of a fairy tale with the theme, “Once Upon a Time.” This told the story of a queen realizing the treasure within and a king finally beating the odds.

The coronation of the two students as royalty will cement their places into the university’s history.

“It’s truly an honor to carry Miss North Carolina A&T State University behind my name,” Mangrum said.  “I put my all into this position and realize the weight that it holds and the last thing I want to do is let down the students, alumni or the university.”

Miss A&T has been a position on campus dating way back before World War II.

It has been acknowledged in Mens Et Manus: A Pictorial History of North Carolina Agricultural and Technical State University, that no one knows exactly when or who the very first Miss A&T was.

However, it is believed that the tradition most likely started after women were readmitted to the university in 1928.

At this time, the latest women to be discovered and named as possibly the first Miss A&T is Hattie E. Diffay.

Diffay left a lasting impression on the university by holding the best scholastic record for a student at N.C A&T College in 1932. Receiving the Balfour key for scholarship, loyalty and achievement and the Saslow medal for best record for four years at her graduation.

“Being elected as the first Mr. A&T was and still is an overwhelming accomplishment,” James said in an interview with the Ayantee Yearbook.

The title of Mister and Miss A&T holds a great amount of responsibility behind them. Not only are they representatives for the university to the outside world, but they are also looked up to by the students.

“I honestly want to be remembered by the fact that I cared,” May said. “I may not know every student but A&T is my family and family is something that I take very seriously.”