From Happenstance to Tradition 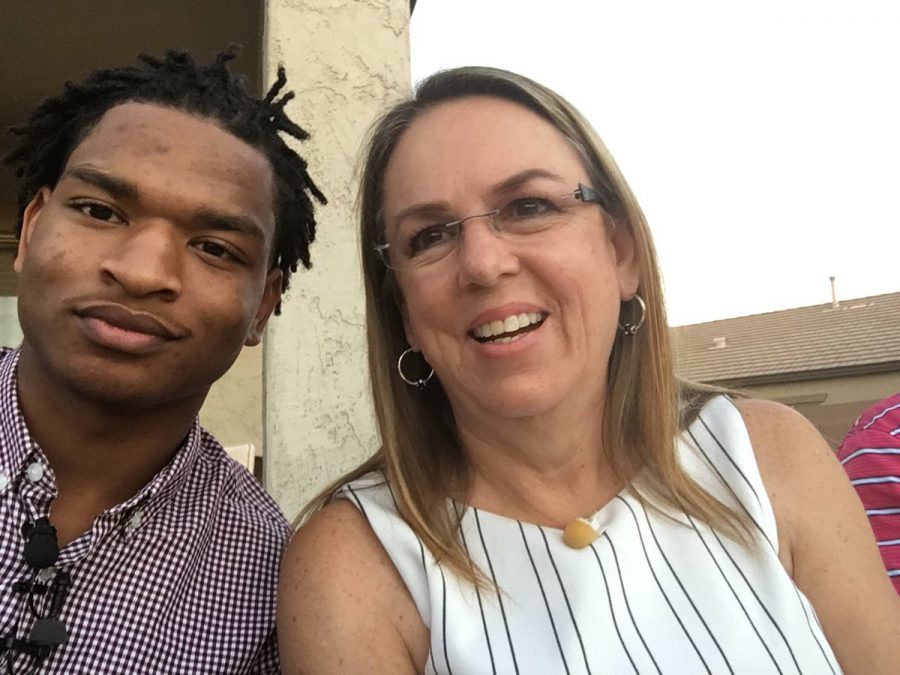 In 2016, Wanda Dench, and Arizona grandmother accidentally invited a stranger to Thanksgiving dinner. Three years later, they still have remained connected and share the holidays together.

Originally, Dench wanted to give her grandchildren an advance notice of 2016 Thanksgiving plans.

“Thanksgiving dinner is at my house on Nov. 24 at 3:00pm. Let me know if you’re coming. Hope to see you all. Of course, that includes Amanda & Justin,” she wrote.

However, Jamal Hinton, who was then a 17-year-old high school student received the message and responded instead.

Dench expressed that the message was meant for 24-year -old her grandson and the two exchanged selfies to confirm their identities.

After dispersing the confusion, Hinton ask if he could still attend by replying with a selfie captioned “Even though you not my grandma. Can’t I still get plate tho?”

Dench was happy to accept and replied “Of course you can. That’s what grandmas do…feed everyone.”

Hinton posted the series of text messages on Twitter and it instantly went viral amassing to over 44,000 retweets and 130,000 likes three years later.

“When I called my boyfriend he told me, ‘Grandma is on the Internet. Now my grandma’s everyone’s grandma!” said Randall Burgoyne, Dench’s grandson, to the newspaper according Newsweekly.

“The first year I went I never would have thought we’d even stay in touch but once we actually got to know each other I knew we’d be good friends,” Hinton told CBS News. “I don’t see any end in sight to be honest.”

This Thanksgiving, Hinton and his girlfriend Mikaela was invited by Dench and her family to spend Thanksgiving with them again this year.

Hinton told TIME that the dinners consists of conversations about how they have been and telling stories about their lives.

They also keep up with each other outside of Thanksgiving dinners. In October, Hilton posted a photo of him, his girlfriend Mikaela with Dench and her husband Lonnie at a pumpkin patch.

“Family is more than blood,” Dench told the Washington Post. “It’s the people you want to be with.”

Dench grew up in the military thanks to her father, who served in the Navy according to ABC News.

Her husband is also an Army veteran.

Due to moving around a lot and her husband who would always invite people over, she was not only accustomed to, but welcomed company.

Dench also stated that her and Hinton had immediate chemistry when they first met.

“I just clicked when I met him and first talked to him,” Dench told NBC Nightly News. “I thought, ‘Oh my gosh, I want to get to know this guy.’”

These annual meeting have not only built their relationship but restored each of their faith in humanity and the power of technology.

“It gives me faith, a lot, in humanity because so many people have been kind,” Dench told NBC.

“It’s the power of technology, you know?” Hinton told PEOPLE Magazine “But for a good reason.”