The power is in the hands of the students: NC A&T’s silent recycling problem 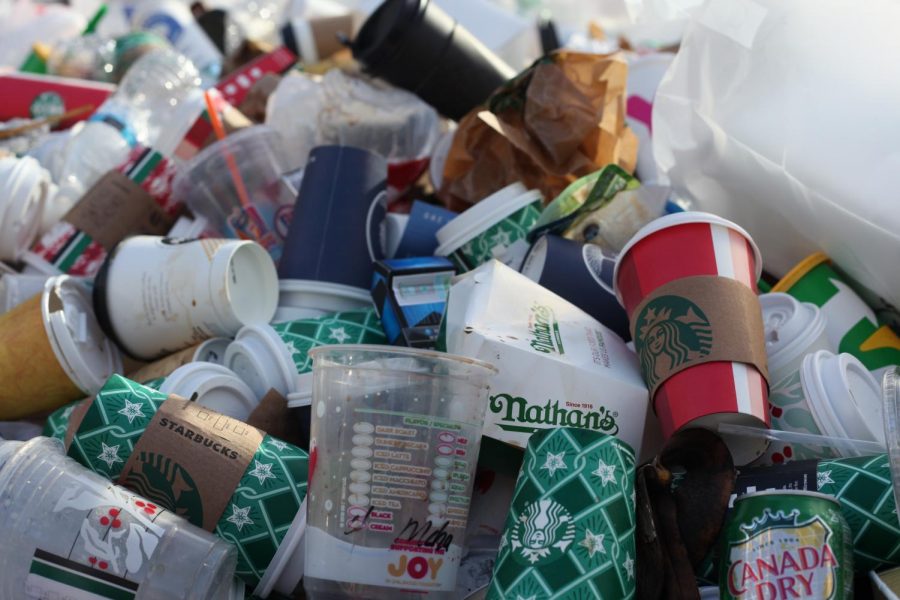 Photo by Jasmin Sessler on Unsplash

The campus of N.C. A&T is the largest HBCU by population in the country, yet only reached a recycling rate of 13.2 percent in the 2017-18 academic year.
“The ecological footprint that the school leaves on the country is huge,” said Shalane Griffin, Risk Manager on campus. “We have a total of 10 big thirty yard dumpsters that are used to collect grounds and housekeeping trash, four are picked up weekly and the other six are scheduled [to be picked up] as I call.”
The amount of trash that is disposed of on campus does not equal the amount of recycling happening which raises the question: where does recycling go?
Around campus, a student can find a trash can in every common space, yet there is almost never a recycling bin paired next to it.
There are about 30 recycling cans on campus. Some are placed at academic buildings and residence halls, Griffin said.
However, even with these, many students aren’t disposing of their recycling properly. Recycling (as well as trash) is picked up by Waste Industries, a subsidiary of Green For Life Environmental that NC A&T has hired for disposal of waste.
When recycling is picked up by the company, it goes to a plant where people sort out the trash from recyclable material. If the majority of recycling is actually garbage, the city will dispose of it into the landfill.
“There’s a recycling bin outside my dorm, but people treat it like a trash can,” said Rin Faith, a sophomore living in Villages.
Around the residence halls, there are recycling bins lined around the building filled with a mix of “recyclable materials.” However, upon opening a can, a student can smell the garbage mixed in with whatever else is stored inside of the bin.
The university uses what is called “Commingled Recycling” where you can put any kind of recycling into the dumpster based on the rules that are set by Green For Life. These rules are posted on the side of the dumpster and have certain restrictions on what is considered recyclable.
Although these are there, students still dispose of trash into the recycling. A common misconception that people believe is that pizza boxes are recyclable, yet most recycling dumpsters contained pizza boxes.
The NC A&T website has yet to be updated on their recycling and waste management resources.
On the Waste Management page, it mentions a program called “Recyclemania.” however, the program hasn’t been updated or functioning since 2013. If a student were to try and learn more information about the program, that would not be possible because the link is broken.
When arriving at the Sustainability Department’s webpage, one will be directed to contact Griffin about the new program called “Aggies Recycle,” but Aggies Recycle has been obsolete since 2011.
The following brochure demonstrates what Aggies Recycle used to be during its prime.
The Student Center which opened in Fall 2018 is what recycling could look like all over campus. In the area, almost every trash can is paired with a recycling bin while there are Green For Life commingled recycling dumpsters all around the outside of the complex.
“The students have the power and we are here (as facilities) to do what you need us to do on this campus,” Griffin said. “You need to let them know that as the students you want recycling on campus. It’s something that shouldn’t be ignored.”
You can contact the Assistant Director Facilities Operations, Jacques Pierre at [email protected] for more information on recycling.