NFL wild card matchups and how each team can advance 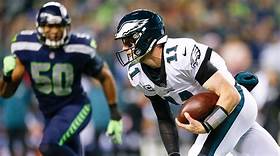 The Eagles finished the season on a four-game winning streak to take the NFC East crown.

Seahawks fall one yard short of NFC West crown, have to travel to Philly

In a game of inches, the Seahawks could have used every single one of them.

After a Russell Wilson pass to Jacob Hollister resulted in Hollister falling literally inches short of the goal line. Being that it was fourth down that cost Seattle the game and the NFC West crown and now the road to the Super Bowl will have to be through San Francisco (13-3) as the 49ers are the NFC’s No. 1 seed.

The Seahawks will now travel 2,856 miles to Philadelphia to face the Eagles (9-7) who won the NFC East crown by downing the New York Giants on the road in MetLife Stadium 34-17.

By virtue of the current playoff system, the division winners that hold the No. 3 and No. 4 seed teams will host playoff games during Wild Card Weekend — even if the wild card team(s) have a better record.

How Seattle can win: Make every offensive possession count

The Eagles are ravaged by injuries everywhere.

On offense, Carson Wentz is largely playing with guys who would only see this much action during the preseason. On defense, the team lost free agent acquisition Malik Jackson to a foot injury in Week 1 that ended his season and it has been downhill ever since.

Starting cornerback Ronald Darby is out for the season with a hip injury and cornerback Jalen Mills is questionable for next week’s game versus Seattle. Rasul Douglas and Sidney Jones are filling in and are third and fourth stringers at best.

The Seahawks are known for their comeback wins, but they shouldn’t need one if they test the Eagles secondary.

How Philly can win: Keep the ball away from Wilson

Running back Boston Scott kept the Giants defenders on their toes all day Sunday… literally. The 5’6” Scott was hard for the Giants defense to see behind the offensive linemen and when they finally saw him, it was probably in the endzone. Scott had three touchdowns in the Week 17 matchup when he carried the ball 19 times for 54 yards.

The ravaged Eagles should just take solace in making it this far considering they are the NFL’s infirmary. If they want to advance, they are going to have to control time of possession if they want to have any chance of advancing. 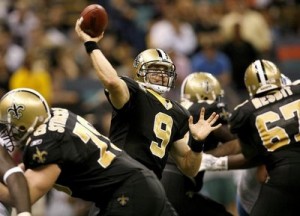 Brees and Co. have the opportunity to make right on the gaffe made in the 2017 Divisional round against Minnesota that led to the “Minneapolis Miracle.”

Will QB Kirk Cousins fail again to produce on primetime?

Cousins is 6-14 in night games since he came into the league in 2012. Now the game against the Saints is scheduled to kickoff at 1:05 p.m. ET but it is important (as all playoff games are) and that has been the problem with Cousins. In big games he tends to unravel. On the flip side it has been a running joke that when Cousins plays a 1 p.m. game in a dome he’s an MVP caliber player.

Being that the Saints play in a dome just like the Vikings then there should be no excuse for Cousins to not produce.

On the other hand, the league’s best receiver in Michael Thomas plays for the Saints. Thomas caught an NFL record 149 passes this season and his rejuvenated future hall of fame quarterback led the league in completion percentage (74.3%) this year at 40 years old.

How Minnesota can win: Move the chains on offense and attack the beat up Saints O-line on defense

Running back Dalvin Cook finished with the 10th most rushing yards in the league at 1,135  — all while averaging 4.5 yards per rush. The Vikings should run the ball and take calculated risk by throwing to Pro Bowl caliber receivers in Stefon Diggs and Adam Thielen.

The front seven of the Vikings defense consists of four Pro Bowl players, not to mention they have All-Pro strong safety Harrison Smith waiting in the wings. They should apply massive pressure to Brees to mask their weak secondary.

How New Orleans can win: Give the ball to Alvin Kamara and Thomas

If Brees has enough time in the pocket to pass to Thomas then the Saints are already halfway there. If they can’t pass it to him then give the ball to Kamara out of the backfield.

The Saints desperately could have used the bye week afforded to the No. 2 seed to give their secondary a chance to heal as they played their regular season finale without defensive backs Vonn Bell and Marcus Williams.

Nonetheless, if the Vikings do not contain Kamara and Thomas, then the Saints most likely will be making the Divisional round of the playoffs and exacting revenge on the Vikings for the “Minneapolis Miracle.” 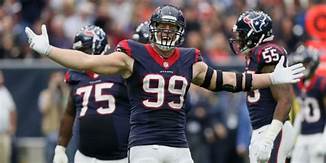 Watt, missed the last eight games but will return from the injured reserve list to play this weekend.

Are the Bills for real or for fake?

The Bills had the eighth easiest schedule heading into the 2019 season per radio.com, and they took full advantage of it.

They defeated the Jets, Giants and Dolphins on the road and got off to a 5-1 start. However, they lost two closely contested games versus the playoff-bound New England Patriots, and they got throttled at home by the Eagles.

Houston made trades to bolster their offense, bringing in wide receiver Kenny Stills and offensive tackle Laremy Tunsil from the Miami Dolphins and running backs Carlos Hyde and Duke Johnson.

This paid dividends for the AFC South division winners as Houston was able to spread the field and keep defenses honest.

How the Bills can win: Keep Houston out of the end zone

Buffalo is third in yards allowed and second best in scoring defense, per sportingnews.com, but they also only average 19.6 points per game.

That will not get the job done against the Texans in a high-scoring affair, especially if they cannot find a way to contain wide receiver DeAndre Hopkins.

Forcing punts and holding the Texans to field goals is the best way to win the game for the Bills as long as quarterback Josh Allen and Co. can find ways to score on the pedestrian Houston defense.

How the Texans can win: Get active in the running game and on defense pressure Allen

As previously mentioned, the Texans have to use all their weapons to win this game. If Buffalo can key in on Hopkins early in the game because the other skill position players cannot produce, Houston has a slim chance of winning.

Luckily, they are getting All-Pro defensive end J.J. Watt back for the game who has been on the injured reserve since Week 8. His effectiveness is in question, being that he has not played in two months, but at this point, he’s the best option.

The Texans should pressure Allen so they can eliminate the chance of getting beat deep by the more explosive Bills wide receiving core. 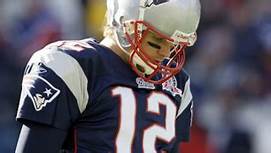 New England will host a surging Titans team. Tennessee won the last matchup 34-10 during the 2018 season.

Will this be the game that ends the Pats dynasty?

The Patriots did a major disservice to themselves when they lost to the Dolphins (5-11) at home in Week 17.

A win could have gave the Pats the No. 2 seed and a bye week, but because of the loss and the Kansas City Chiefs (12-4) winning their regular season finale versus the Los Angeles Chargers, the Chiefs are now the No. 2 seed (Chiefs defeated the Patriots in Week 14 and thus own the tiebreaker).

This is the first time since 2009 that New England will not have a first round bye.

Largely carried by the defense for most of the season, the Pats will have their hands full versus the league’s leading rusher Derrick Henry and the resurging quarterback Ryan Tannehill who has led the Titans to a 6-1 record over the last seven weeks.

How the Titans can win: Pound the ball with Henry and find ways to get A.J. Brown involved

Tennessee founded a gem in wide receiver A.J. Brown in the second round of the 2019 NFL Draft.

Brown caught 52 passes for 1,051 yards and 8 touchdowns during the regular season. If the Titans can move the chains through the air with Brown and control time of possession on the ground with the 6’4” Henry, Bill Belichick may be looking at an unfamiliar early round exit.

How the Patriots can win: Unravel the playbook and dominate the short game

At 42 years old, Tom Brady cannot throw the ball like he used to. Not only that, his receiving core (while a tad bit better than the Eagles) consists of inexperienced (and sometimes unreliable) receivers outside of Edelman and 39-year-old tight end Ben Watson.

New England should (if they have to) use all the trick plays they need in order to win, especially since the offense has resorted to regularly using trick plays to score.

They need to effectively use screen passes and short routes (routes that range 0-9 yards) to pick up easy yardage and get the run game going with their bevy of running backs if they want to keep their season alive.