NFL divisional round matchups and how each team can advance 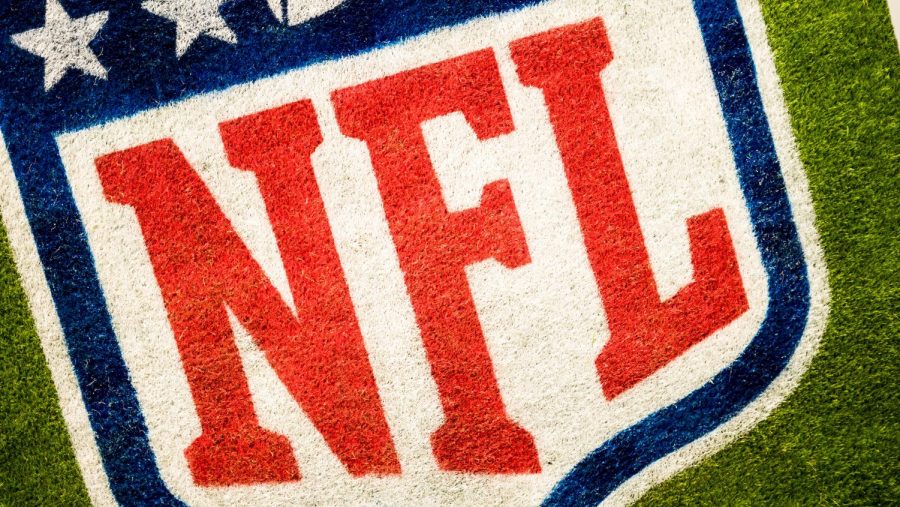 Photo courtesy of HENCE THE BOOM on Unsplash

Will the Titans be able to beat the Ravens at their own game?

Derrick Henry rushed for 182 yards in the Titans victory over the defending Super Bowl champion New England Patriots, which means for the first time since the 2015 Broncos that the AFC representative will not be Bill Belichick and Co.

Behind First-team All-Pro and (likely) NFL MVP quarterback Lamar Jackson the Ravens led the league with 206 rushing yards per game.

If you want to know how dominant that is, the second place rushing team is the San Francisco 49ers with 144 yards per game per NFL.com.

While quarterback Ryan Tannehill has been on a hot streak winning the last seven of eight games, no one in the league is hotter than the sophomore quarterback Jackson.

Jackson threw for 3,127 yards and led the Ravens in rushing with 1,206 yards to go along with 36 touchdowns and only 6 interceptions, per ESPN.com.

How Tennessee can win: Control time of possession and score early

The Titans must control the clock.

Baltimore ranks first in the league in time of possession, averaging 34 minutes per game. The Titans are ranked 28th, averaging 28 minutes a game, via teamrankings.com.

Henry can help with that, but the Titans need to be able to open up the play-action, which means getting wide receiver A.J. Brown more targets — who only caught one pass for four yards.

Brown getting involved will help the Titans score the points they will desperately need, unlike Pats, the Ravens can produce points on the ground or through the air.

How Baltimore can win: Key in on Henry and force the Titans to pass the ball

The Ravens are fifth in rush defense allowing just 93 yards per game. Baltimore will have to try and contain the 6’4” Henry some type of way if they want to avoid being upset.

The Ravens also ranked sixth in pass defense, which means they are well-rounded on defense overall, but they should force Tennessee to pass and test that All-Pro secondary.

If the Ravens are forcing the Titans to pass, they might as well start preparing to host the AFC Championship game from M&T Bank Stadium in the third week of January.

The offense (ranked second in total offense) has been clicking on all cylinders this season, which puts the Ravens defense in the rare position where the pressure is on them despite being fourth in total defense, per NFL.com.

Will the Houston Houdini strike again, or will a healthy Chiefs avenge their Week 6 loss?

The Texans were down 16-0 to the Buffalo Bills at home during the first round and looked to be on the brink of elimination before Deshaun Watson — once again — pulled another magic trick out of his hat.

Watson — dubbed the “Houston Houdini” — led the Texans to a 22-19 comeback victory in overtime. Watson has now led six game-winning drives this season.

When Kansas City hosted Houston in Week 6, it was the Texans who squeaked out the victory but the Chiefs were without starters: Chris Jones, Sammy Watkins, Eric Fisher and Tyreek Hill.

Hill was coming off of a shoulder injury sustained in Week 1 against the Jacksonville Jaguars and only played about half of the offensive snaps versus Houston.

How Houston can win: Get the run game going to open up the pass game

Former Chiefs running back Carlos Hyde had 116 of Houston’s 192 rushing yards in the 31-24 victory at Arrowhead Stadium, which opened the pass game up, as Watson threw for 280 passing yards on 30 of 42 attempts and a touchdown.

The Chiefs have been playing excellent as of late, holding opponents to 11 points per game after their Week 12 bye. Is it because the team has finally grasped defensive coordinator Steve Spagnuolo’s defense? That is to be determined as the Chiefs still rank in the bottom third of the league in run defense.

Pound the rock and then find a way to get wide receiver DeAndre Hopkins involved in the pass game.

How Kansas City can win: Do not get beat over the top and run the ball

Rookie free safety Juan Thornhill tore his ACL in Week 17 leaving 2018 fourth-round pick Armani Watts to step in. Thornhill had been consistently improving and looks to be a cornerstone of the defense for years to come. With them out they know he will most likely be targeted for over the top plays to Will Fuller, Kenny Stills and or Hopkins.

They do not need to play a soft zone and get beat underneath but they need to make sure that Watts or whoever is back there can stop one play touchdowns from happening.

Kansas City is clearly a pass-friendly team and they need to go to the passing game early and often but they can not forget about the running game. It’s win or go home and time of possession is going to be important as well as keeping the defense honest.

Vikings quarterback Kirk Cousins pulled off the biggest victory of his career when he stuck another dagger in the hearts of Saints fan everywhere when he led the Vikings to a 26-20 overtime victory on the road over Drew Brees and Co.

Cousins completed 19 of 31 passes for 242 yards and a touchdown. His biggest play of the game and quite frankly his career, was when Cousins completed a 41-yard pass to Adam Thielen to put the Vikings on New Orleans’ four-yard line.

On third down, Cousins would target the 2013 Pro Bowl MVP Kyle Rudolph for the game-winning touchdown.

It was mentioned previously that Cousins plays at an MVP level when he plays an afternoon game in a dome, but the question remains: can he do it versus a rested 49ers team that finished second in total defense?

How Minnesota can win: Run the ball and get Rudolph, Thielen and Stefon Diggs equally involved

The Vikings rushed for 136 yards, spearheaded by Dalvin Cook’s 94 yards on 20 carries and two touchdowns.

In the pass game, while Thielen went off for seven catches and 129 yards and Rudolph had the game-winning touchdown, wide receiver Stefon Diggs could visibly be seen being upset at his lack of targets.

Diggs had only two receptions for 19 yards on three targets. With a defense as stiff as the 49ers, the passing game is going to have to be balanced in addition to a bruising run game led by Cook.

How San Francisco can win: Run the ball effectively and pressure Kirk Cousins

The 49ers ranked second in the league in rushing as previously stated. They are going to need that so they can burn the Vikings questionable secondary with play-action.

Cornerback Xavier Rhodes and Co. did not let Michael Thomas and Alvin Kamara beat them, which means they are capable of stopping just about anyone when they want too.

The Saints do not run the ball as good as the Niners do though, so they were becoming more predictable as the game went on.

All the Niners have to do is run the ball as they have been all year and then defensively send that defensive line that features (probable) Defensive Rookie of the Year Nick Bosa to pressure Cousins.

Ironically, San Francisco and Minnesota tied for fifth in the league in sacks with 48 in the regular season, so they should at least be able to send some heat at Cousins.

As previously mentioned, the Texans have to use all their weapons to win this game.

If Buffalo can key in on Hopkins early in the game because the other skill position players cannot produce, Houston has a slim chance of winning.

Fortunately for them, they are getting All-Pro defensive end J.J. Watt back for the game, who has been on the injured reserve since Week 8.

His effectiveness is in question, being that he has not played in two months, but at this point, he’s the best option.

The Texans should pressure Allen so they can eliminate the chance of getting beat deep by the more explosive Bills wide receiving core.

Which quarterback will take over the game for the win? “DangeRuss” or Mr. Rodgers?

Through the first eight weeks of the season, believe it or not, Russell Wilson was many people’s frontrunner for the NFL Most Valuable Player (MVP) award.

Through 10 weeks Wilson had 23 touchdowns passes with only two interceptions. =

After an overtime victory over the [at the time undefeated] 49ers in Week 10, Wilson and Jackson were neck and neck for league MVP.

Unfortunately, injuries and pedestrian defense has forced Wilson to eke out a win after for the Hawks. Of Seattle’s 12 wins (including the playoff win against the Eagles) ten of their wins have been by eight points or less.

Can Wilson pull out another victory?

It is possible but he is going to need some help if Seattle wants a date to the NFC Championship game.

On the other hand Aaron Rodgers is one of the league’s most gifted quarterbacks of all-time, but the 36-year-old is not getting any younger.

He had three games this season where he passed for zero touchdowns and while his 26 touchdowns and four interceptions look great on paper Rodgers is clearly on the decline.

Even in his decline, Rodgers is still a top-five quarterback but one has to wonder can Rodgers win the Packers another Super Bowl before it is all said and done?

How Seattle can win: Someone other than Russ has to step up?

It would not be wise to peg a rookie second-round pick (a very good player) to have another sensational playoff game like that in consecutive weeks so that means someone or something is going to have to step up for Seattle to be successful. Whether that is someone like wide receiver Tyler Lockett or their 26th ranked defense, per NFL.com.

Wilson can single-handedly win games by himself but it is very unlikely the Seahawks win the Super Bowl if they think Wilson can pull out his heroics four consecutive times.

How Green Bay can win: No empty possessions and do not get beat over the top

With the injuries sustained to Seattle in the run game this season they are a one-trick pony with that trick being passing.

Marshawn Lynch is a glorified fullback at this point who is only at his best in goal-line situations.

Tight end Jacob Hollister, Lockett and Metcalf are a good trio in the pass game, and if Wilson and Co. are allowed to go up and down the field and score points with Green Bay, then they will be in a dog fight they want no parts of.

The injury-plagued Seahawks will not be able to withstand a high-scoring game.