NFL Conference Championship matchups and how each team can advance 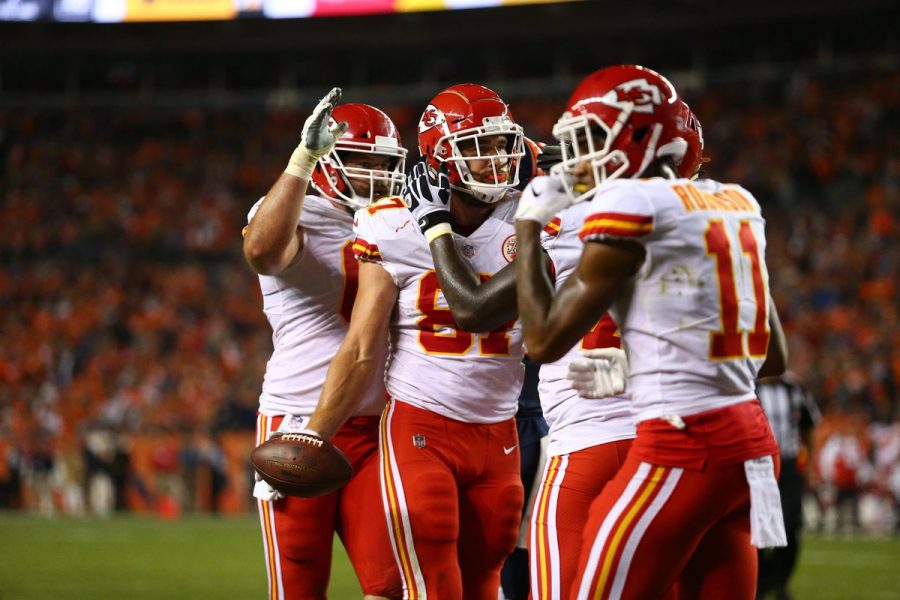 The Chiefs are hosting their second consecutive conference championship game.

The meteoric rise of the Titans really shows that a bye week in the playoffs can be damaging to a higher-seeded team, and playing every week as a lower-seeded team can actually be beneficial.

The Titans have won six of the last eight and their last three games, while the Ravens have won their last 12 games to go 14-2. They also got a first-round bye.

The Ravens looked rusty, and the much-wanted bye proved to actually be detrimental to them. For the Titans, they looked efficient and much more comfortable playing in their eighth consecutive games.

The Titans went to Baltimore and defeated the No.1 overall seeded Ravens.

Lamar Jackson struggled, as did the rest of the offense: Derrick Henry ran roughshod on the Baltimore defense for 195 yards, which is the third straight game he ran for more than 180 yards — an NFL record.

The Chiefs experienced a bit of first-quarter rust when they fell 24-0, to Houston at home. The Chiefs got an unexpected first-round bye when the New England Patriots fell to the Miami Dolphins in Week 17, giving Kansas City the No. 2 seed and a first-round bye.

The Chiefs would go on a 51-7 run versus the Texans, and they scored touchdowns on seven consecutive possessions.

On Sunday, could the Titans run the ball enough to keep the ball away from Patrick Mahomes and Co. Also, will it matter?

Most of the Chiefs scoring drives versus the Texans were for four minutes or less, meaning they can score quick, fast and in a hurry.

How Tennessee can win: Control time of possession and get multiple stops

The Titans must control the clock for as long as their in the playoffs. Not only is that their bread and butter, but their offense is also not explosive enough to go toe to toe with most playoff teams, especially not the Chiefs.

Unlike Houston — who largely benefitted from the 24-point lead due to the inefficiency of the Chiefs — they need to force three and outs and produce sacks or turnovers.

The Chiefs clearly showed that they could put up points in a hurry, so Tennessee needs to use Henry as much as they been doing all season and smash the Chiefs 26th ranked run defense.

How Kansas City can win: Score quick in the possessions you get

The Titans are looking to wear out the Chiefs defense with long 10, 11, 12 play drives. If that happens, the Chiefs should not even expect the nine or 10 drives they got versus the Texans.

Kansas City needs to put up points quickly in the possessions they do have and be able to force the Titans to a couple three and outs or turnovers.

If Tennessee quarterback Ryan Tannehill has the ball in his hands more than King Henry, the Chiefs are in a better situation to advance to their first Super Bowl since the 1969 season (Super Bowl IV).
Matchup: #2 Green Bay Packers vs. #1 San Francisco 49ers
Does Aaron Rodgers have enough in him to beat the Packers by himself?

The Packers are outmatched in every sense of the word versus the 49ers as seen by their Week 11 matchup when the Niners won 37-8 in Santa Clara.

While Aaron Rodgers is the better quarterback between him and his San Francisco counterpart Jimmy Garoppolo, the two-time Super Bowl champion Garoppolo is no slouch. Garoppolo is 21-5 in 26 career starts and he has a better receiving core.

While the Packers finished 13-3, they give off 10-6 vibes, which was evident when they won in the Divisional round versus the Seahawks 28-23. In a game the Packers had early on, you could see the team slow up and the Seahawks mount a comeback.

In some ways you could say the Packers almost play not to lose more so than they play to win, and that cannot be the case Sunday in the NFC CHampionship versus a very confident Niner team.

How Green Bay can win: Stop the run and the four As have to keep the SF defense honest

The defense has improved from the Week 11 matchup these teams had almost two months ago, and if they play as if they have improved, the game is much more winnable for the Pack.

The 49ers own the second-best running attack in the league and Green Bay will need to be able to stop Robert Mostert and the bevy of running backs Head Coach Kyle Shanahan has to throw at Green Bay. Limiting the run eliminates play-action and makes the 49ers offense somewhat predictable.

The four As (Aaron Rodgers, Davante Adams, Aaron Jones and Allen Lazard) need to be hitting all cylinders.

Adams had a monster performance in the Divisional round when he had eight receptions for 160 yards and two touchdowns. Jones is a dual-threat at running back, and Lazard has emerged as the clear No. 2 receiving option for Rodgers (at least for the time being).

The pass game needs to be in full motion — not that the 49ers have a weak secondary — but running against the front seven of the Niners does not seem to be a much better option.

How San Francisco can win: Pressure Rodgers and run the ball to set up pass game offense

The 49ers finished fifth in sacks with 48 this season and sacked Kirk Cousins six times in the Divisional round.

Keeping Rodgers standing tall in the pocket is one of the only ways the Packers stand a chance of advancing to the Super Bowl.

Luckily for the Pack, they get their star offensive tackle Bryan Bulaga back for this game after he sat out last week’s game with the flu. They also have veteran Jared Veldheer who stepped up in Bulaga’s absence, but that does not mean they will be able to stop the 49ers pass rush — but perhaps contain it.

The front seven needs to be able to stop the run, but if they can stop the pass, then San Francisco can almost guarantee its spot in Miami for the Super Bowl.