What is sexual liberation? 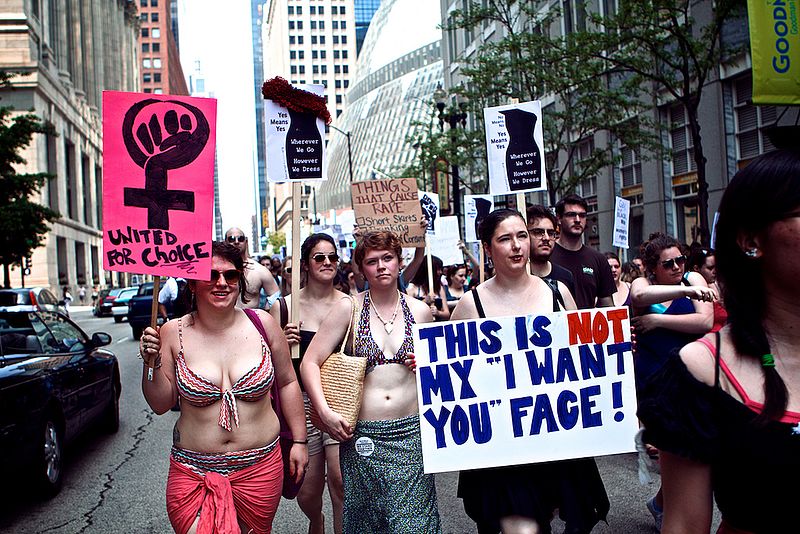 Protestors at 2011 SlutWalk in Chicago.

Three words with the power to control how many men and women live their lives.

Sexual liberation is a recurring topic in today’s society, especially with the emergence of the #MeToo movement and the age of social media slut-shaming.

It’s defined as more sex outside marriage — particularly for women, according to psychologytoday.com

But to countless other Americans, it means so much more.

Sexual liberation derived from a social movement in the 1960s that challenged the norms of behavior related to sexuality and sexual relationships throughout the United States. The movement was created to remove the guilt or judgment that comes with freely meeting sexual needs.

It is an ideology that is constantly changing with the environment and requires an open mind.

A name that heavily surrounds the movement today is Amber Rose. Rose is an American model and actress who is extremely vocal about her opinion on femininity and sexual liberation for women.

She also focuses on gender equality and inspiring women to wear and do what they want without fear of being judged or labeled a “slut.”

Previously a stripper and former wife to rapper Wiz Khalifa, Rose receives backlash from the media because of her past and comments on social media.

In 2015, on a Juicy J track titled “For Everybody,” her ex-husband’s lyrics included:

I fell in love with a stripper

funny thing is I fell out of love quicker

“That really hurt me because all I ever did was love him,” Rose told the Washington Post. “I loved him so much and gave him a beautiful son. To be told that I was nothing but a stripper hurt. So, I decided to have this SlutWalk for women who have been through the same things as me.”

The first SlutWalk happened in Toronto, Canada in 2011 after a police officer told women to stop dressing like sluts if they wanted to avoid sexual assault.

Amber Rose wanted to bring attention to the fact that strippers and other women can be open with their sexuality without being shamed or seeming like they are “begging for sex.”

“Strippers have feelings too,” Rose said.

But being about women and men embracing their sexuality. Whether it be with clothes they wear or how much sex they’re having.

Interestingly, many college students do agree with the idea of being sexually liberated but admit they do not fully know what it means.

“It’s about owning you who are when it comes to a sense of pleasure,” said Michael Jones, a sophomore mechanical engineering student. “Knowing what pleases you without being restrained by other people’s opinions. Doing what you want to do. For women, I think of it as women having sex with whoever they want and not worrying about stuff like body counts.”

“It means your body, your choice. Women can do what they want with their bodies because it’s just that. Their bodies.”

Another student, Jaylen Wright, a sophomore psychology student gave her own take on sexual liberation:

“It’s really just people’s choice/decision if they want to involve themselves in sexual intercourse or not. Whether they do or don’t, they shouldn’t see any shame or guilt in what they’re doing.”