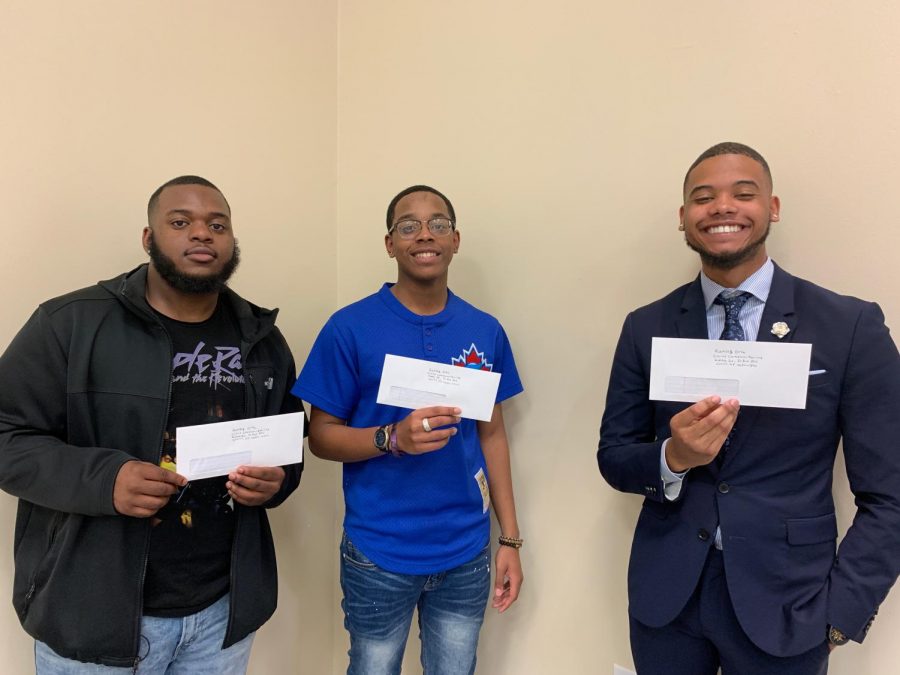 Mr. RHA, Connor Harrison and participants with their letters they wrote to Ramsey Orta.

Orta is a citizen journalist, who filmed Eric Garner’s killing in 2014 and sparked a national movement against police brutality and cover-ups.

Five years following the murder of Garner, federal officials announced they would not file civil rights charges against the offending officer Daniel Pantaleo. Pantaleo walks free, but Orta is behind bars.

After being arrested multiple times following Garner’s death, including being framed for gun and drug possession, Orta eventually plead guilty in a deal to free his mother and brother, who were also arrested.

“I personally feel that Ramsey Orta sacrificed his peace of mind, even though it was his constitutional right to film, it’s important to understand that there are ramifications to social activism,” Harrison said.

Orta has been abused, repeatedly thrown into solitary confinement and moved through 11 New York prisons. He was denied parole in early August of 2019 and is expected to be incarcerated until June 2020.

“Even though many programs are impactful at the end of the day, I want to align my passion with my position,” Harrison said. “I want to be a civil rights attorney and very passionate about the political arena and civil rights activism.”

Program attendees had the option of handwriting a letter in return for two service hours. If the letter is emailed to Harrison at [email protected], students will receive one service hour. Attendees were also provided the option to bring magazines or books for an additional three service hours.