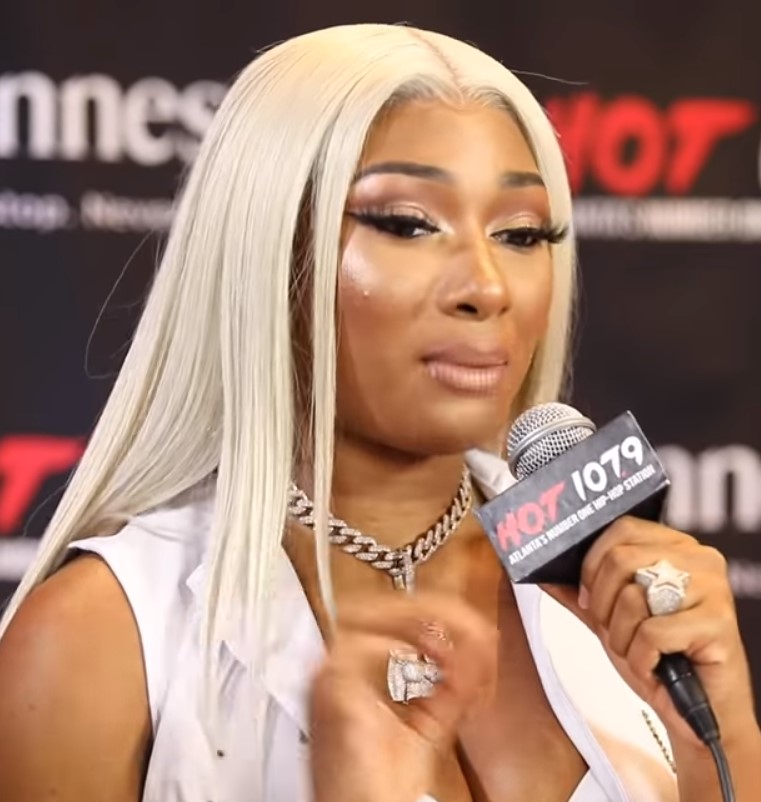 Rappers Megan Thee Stallion (also known as Hot Girl Meg or The H-Town Hottie) and G-Eazy were seen together on his instagram story on Monday February 3.

The day before the post on his Instagram story, he posted a picture of Megan with a caption of blue heart emojis.

In the video, the two were seen cuddling on a couch while the Oakland rapper was kissing the Houston rapper repeatedly on her cheek.

While this was occurring, rapper Roddy Ricch’s song High Fashion is playing in the background.

The Shade Room had posted a video of the two rappers the night before the video in question showing the two dancing together and having a good time.

Though this may have been a harmless video after Super Bowl weekend, the fans of both of the rappers had a lot to say on social media about their alleged relationship.

The response to the two being together was not positive for the most part.

Plenty of people were expressing their disapproval of their relationship given that G-Eazy is white and she is black especially with it being Black History Month.

Other people were disapproving of what they saw in the video simply because it was G-Eazy.

Both artists have previously been in public relationships with other artists.

G-Eazy was previously in a relationship with Grammy nominated singer Halsey from 2017 to July of 2018.

Among the people making comments on G-Eazy’s Instagram story was his alleged girlfriend, supermodel, Yasmin Wijnaldum.

She posted a video on her Instagram story seemingly reacting to the news about the Oakland rapper and Meg.

Although Meg and Moneybagg Yo had been in a public relationship, people still feel like she is dating too many people in the industry.

Many people on social media believe that she has been involved with multiple musicians, the only confirmed relationship was with Moneybagg Yo whom she dated for a few months in 2019.

The day after the video of Meg and G-Eazy, Megan finally said something about their relationship.

After speculation and assumptions, Megan said that the two were not intimately involved with each other on Twitter.

When asked by a fan why he was “sucking the makeup off” she simply replied with “He like Fenty.”