Liberation through women in music 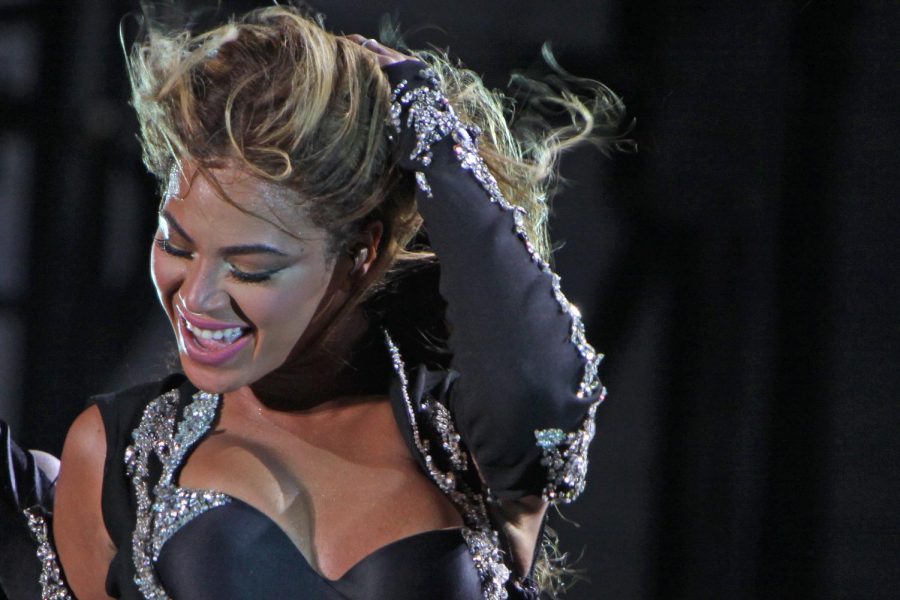 Beyonce at the Summer Sonic Festival in Osaka, Japan in 2009

Women often experience the double standard of limiting their self-express and sexual desires in music as society continues to depict women as prim, proper and unheard.

However, in the new generation, there has been a shift in that narrative; women are reclaiming their sexual liberty.

This shift in music and entertainment expresses a side of women that have been silenced. It is a common interest for female music artists not to create music for the empowerment of women, but the empowerment of everyone. The sexual liberation of women in the music industry comes in many forms including relationships, body positivity, empowerment through music and limiting their use of makeup.

Here is a list of women who ensure their sexual liberation is seen and felt.

Beyonce has expressed that she wants to combat the double standard women face daily through her music, according to an interview with madamenoire.com. Beyonce wants women to understand that sexuality is a part of womanhood, and there is nothing for women to be ashamed of.

After the birth of her oldest daughter Blue, Beyonce began to work on her self-titled album “Beyonce.” Her daughter’s birth made her feel empowered and confident about her sexuality, according to medium.com.

Lizzo spoke with TeenVogue stating her music is for people who feel like they do not fit the label that society has created.

Her goal was to create music where she can express the side of her that is deemed ugly or undesirable. Lizzo considers herself part of the LGBTQIA+ community. She performs at pride festivals to ensure she supports the LGBTQIA+ community as she has a large queer fanbase. Lizzo is also well known for being intuned with her body and is not afraid of showing the world how to wear their flaws with confidence.

“When it comes to sexuality or gender, I personally don’t ascribe to just one thing,” “I cannot sit here right now and tell you I’m just one thing.” Lizzo said in an interview with Billboard.com.

Alicia Keys’ no-makeup movement has been a topic of discussion since the artist vowed to stop “covering up” in 2016, according to her Lenny letter.

“My mother taught me growing up to care deeply and strongly about other women,” Keys said in an interview with Variety.com.

Keys is known for writing music that inspires and empowers women even before her 2012 release of “Girl on Fire.” In the interview, she admitted the song was a way for her to lift herself in the days was she felt she was not enough.

“I’m always trying to figure out how to lift myself, how to remind myself that I’m greatness,” Keys said. “It gets confusing, and you lose your footing. We beat ourselves up, as women.”

Ever since Cardi B entered the music industry she has been transparent about the past of being an exotic dancer. This has often resulted in the media targeting her intelligence. Cardi B is also known for expressing her sexual freedom in her music and not allowing critiques to kill her confidence.

Her platform has shown her fearlessness, whether it is in music or politics. The voice of Cardi B’s political activism was a common theme at the Women’s March. Many women have used quotes from Cardi B’s tweet to protest for women’s rights.

Summer Walker, who is also a former exotic dancer creates music for women and girls who felt like they were too powerful to be loved. In her music, she sends the message to women and girls of reclaiming ownership of their bodies, according to newyorker.com.

In Summer Walker’s “Girls Need Love” she provided a perspective that addressed the double standard women often do not express. The topic of women addressing sex is often viewed as taboo.

This transition in the female sector of the music industry will not be the last.  This inspiration that these artists are feeding young girls will give them the confidence they need  when it’s their turn to take over the music industry.