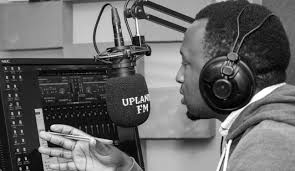 As Feb. 14 approaches, America gets ready to celebrate Valentine’s Day. But another important holiday falls on its eve. World Radio Day.

On Feb. 13, 2012, the first world radio day was celebrated and established by The United Nations Educational, Scientific and Cultural Organization to acknowledge the most influential news broadcasts.

The ones that kept America in touch with their communities and featured the voices of local celebrities that brought a hometown feel to their morning commute and lunch break.

Each year UNESCO sets a theme. This year, it is Radio and Diversity. This theme calls on radio stations to uphold diversity, representation, and culture. Both in newsrooms and on the airwaves.

As this theme honors diversity, it is important to reflect on the history of African American radio hosts and stations and how these pioneers transformed urban and mainstream radio to what we know today.

WERD, the first African American owned radio station in Atlanta, GA., was a medium that would broadcast relevant information to Atlanta’s black community from sunup to sundown.

The station featured Martin Luther King’s Sunday sermons and announcements of his civil rights marches. The station broke new ground and was important to the community as it amplified the voices of African American leaders in the 50s and 60s.

In 1979, Dewey and Cathy Hughes set out to start a radio station. They purchased one of the most popular radio stations in D.C., WOL. Cathy Hughes was already known in the radio industry for success after launching “The Quiet Storm” on Howard University’s radio station WHUR and WYCB, a gospel station.

Hughes eventually launched Urban One Inc., one of the most famed black radio stations in the nation, and the largest broadcasting company that targets African Americans. Because of her honorable success in the radio industry, she is known as the Mother of Urban Radio.

Greg Mack, who was already a successful radio personality in Houston, Texas, was sought after and hired by a small Los Angeles AM station called KDAY. There he became a disc jockey and music director.

Mack is known to have helped launch the rap scene in LA. From his position at the station, he gave airplay to famous hip- hop artists like Dr. Dre, N.W.A, Ice-T, and World Class Wreckin’ Cru. All of which were notable rappers in the mid-80s and 90s.

These radio pioneers helped transform the urban radio industry to what it is now. For example, the Tom Joyner Morning Show. One of the most influential urban radio shows that  lasted 25 years.

The radio legend, Tom Joyner, retired and signed off for the final time on December 13, 2019. Millions of listeners tuned in to his show every morning, which is now replaced by The Rickey Smiley Show.

This year’s Radio Day allows America to remember radio legends who paved the way. With the theme of diversity, this day allots the opportunity to express gratitude to the African Americans who continue the legacy of urban radio.