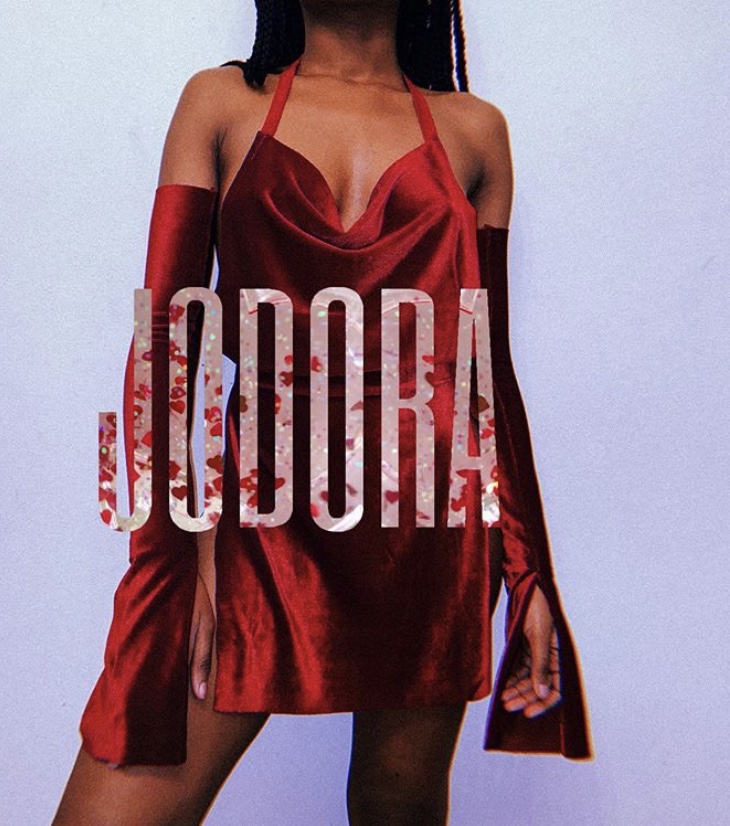 Jodora’s clients can expect to indulge in all things texture: satin, velvet, leather — you name it.

The owner, Kashawna Alexander has a variety of insightful thoughts when it comes to entrepreneurship. Her “why” behind it all is the economic freedom that comes with having her own brand and the new rise in black female entrepreneurship.

Alexander decided to lock in with her goals while she was in her second year of high school.

“I made the commitment to become an entrepreneur in my sophomore year of high school,” she said. “I have been sewing since I was six years old. At that moment it was still just a hobby, but I got hooked.”

Alexander’s early start shows what can happen when someone is consistent. She also is an example of making your hobby into an income so that work does not feel like true work.

The foundation of Jodora Clothing, LLC is built on pure fascination and peer support. The brand has gone from the bedroom to lunch periods at school, to fashionistas all around the North Carolina area, to the big cyber scene of its own website.

“I come from humble beginnings. Sewing the clothes in my room, then taking them to school to make my deliveries during my lunch periods,” Alexander said.

Alexander holds her love of business and fashion near and dear to her heart. She could not pick one over the other.

“I found the most amazing compromise in pursuing both of them at the same time,” Alexander said.

For Alexander, fashion is not just appealing to the eye, it is also soothing for the soul.

“Sewing is considered a lost art. It has been an art that has helped me not to feel so lost. To describe my business and craft as therapeutic would be pretty accurate.”

For students or people that desire to own their business, Alexander offered her advice on the new economic freedom she has obtained through her own business.

“The economic freedom that comes with having your own brand lies heavily in the money you bring in and the money you put out,” Alexander said.

Her analysis of this idea also connects to putting money back into your business before acquiring a profit for yourself.

“Most importantly, it teaches you about the true value of the dollar and working for it. And how to make the dollar work for you,” Alexander said. “When the dollar is valued by the individual, they are more careful about how they spend it and where they invest it.”

Black female business owners, entrepreneurs and hustlers have been on the rise throughout the entire century.

The number of women-owned businesses grew an impressive 58% from 2017 to 2018, according to the 2018 State of Women-Owned Business Report. The number of firms owned by black women grew by a stunning 164%.

“With such incredible inspiration, it’s hard not to want to start your own business, too — and what a time to do so,” Refinery 29 said in an article about black women becoming their own bosses.

“As black women, we are natural-born hustlers with undeniable ambition. To see all the brands flourishing among black women in all fields of service is amazing,” Alexander said. “I do my best to try to support when I can because it is truly beautiful and inspiring to the next woman. We are the future.”