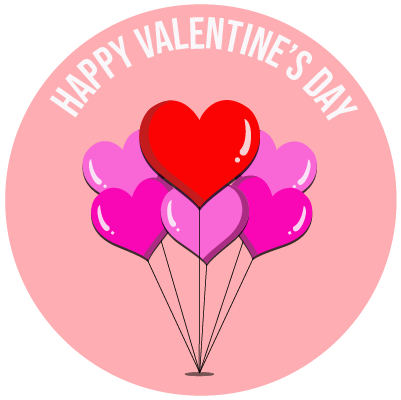 It’s that time of the year again where love is in the air. Some people dread the day while others can’t wait for it to arrive.

Valentine’s Day is an excellent way for couples to display their appreciation for each other. It’s also the perfect opportunity for singles to spark a connection with someone new.

What do college students think about Valentine’s Day now? The viewpoint of the day is diverse.

Some of the men here at N.C. A&T believe that it is a good day to show their appreciation, while others disagree for various reasons.

“If you look at the history of Valentine’s day it’s wicked and nasty. I don’t need to take out one day to show appreciation when I could do that any day,” Starkey said.

The women of N.C. A&T were also interviewed. Some said while they love the idea of being shown affection, they feel they could receive this affection any day of the year.

“We are doing something on the 15th because everything is half price,” said Ford when speaking of the plans she has with her significant other.

She is right, the prices of roses typically increase by 100 percent during Valentine’s Day, according to CNBC.com.

Kenmyia Clayborn, a sophomore, Chemistry major on campus does not have a valentine, but said she wouldn’t mind having one. She believes that Valentine’s Day is a great way for a man to show his appreciation for a woman.

“It is a top tier holiday for a woman because of the recognition that can be shown. However, women need to be shown gratitude all the time,” said Clayborn.

Jalen Sims, a senior, Information Technology major thinks Valentine’s Day is important, but only for a man who is actually in a relationship.

“Valentine’s Day can be used to blow up the appreciation that we have for our women. Even though you should show her love all the time the 14th is when you do extra,” said Sims.

As Sims said, Valentine’s Day is a good way to do something beyond the ordinary casual dates for your significant other.

Men and women can show their affection for each other by going to eat at a favorite restaurant or simply sharing whatever activity or gift that will bring a smile to each other’s face and show that you care.

Valentine’s Day is very meaningful for a lot of people and, contrary to advertisements, it does not require you to spend all your money to make your valentine happy.

Love and appreciation does not lie solely in the material items. It is also found in the actions we do to see that person smile.

Whether you’re in a relationship or just shooting your shot, let the queens and kings of N.C. A&T know you cherish them, but don’t forget to show love every day.