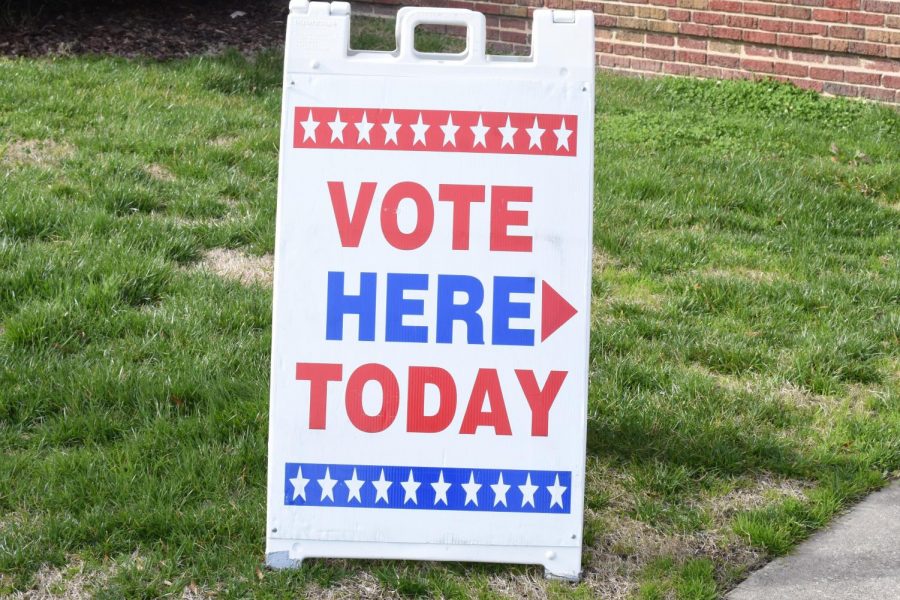 As the fight for one on-campus voting site came to an end a few months ago, N.C. A&T students celebrated on the first day of early voting with a Party at the Polls.

SGA planned this event to kick-off the first day of early voting as well as a week full of events to increase students’ engagement. During Political Action week, SGA planned two candidate meet and greets and partnered with the Student University Activities Board (SUAB) to lead a social justice training.

The Party at the Polls event included pizza, snacks and umbrella tents for students to rejoice under after voting. Early voting will be continuously held on the second floor of the Dudley Hall building, which is home to the historic N.C. A&T Four statue.

Today @ncatsga hosted the Party at the Polls event from 12pm-2pm. pic.twitter.com/NIXlZHxaMZ

“This is the first year in a while we are not gerrymandered, so for once our votes aren’t split in half and diminished,” said SGA Political Action Committee Chair Ainge Taylor.

By the end of the Political Action Week SGA and the student body’s attorney general Brenda Caldwell registered 1750 students this academic year to vote in the primary election. The organization held three registration table sessions for students, two being regular registration and one being an absentee ballot. With the party at the polls event, SGA has anticipated for at least 300 students to vote early.

‼️🗣 The time has arrived for our 2020 Spring Political Action Week! 2020 is a huge year for political engagement, so please join us at our events throughout the week in order to understand why your participation is so important! #NCAT #PAC pic.twitter.com/GJ32JOJEhX

Students participated in exercising their right to vote early. Many believed this election season is dependent on them and choosing the right candidate that aligns with the issues they care about.

“My biggest issue is equality in the LGBTQ community, and I feel like we’ve back tracked a lot,” said Ash Anderson, sophomore criminal justice student.

“I’m trying to use my voice to get equality back as a main priority.”

Early voting for the March 3, 2020 Primary Elections for Guildford County will end on Feb. 29, 2020. During this time, voters are not required to show any form of identification in order to vote.

The times below for early voting include, according to the Guilford County Government:

Students at N.C. A&T are encouraged by SGA and officials to vote early as the primary election will commence during the week of spring break.