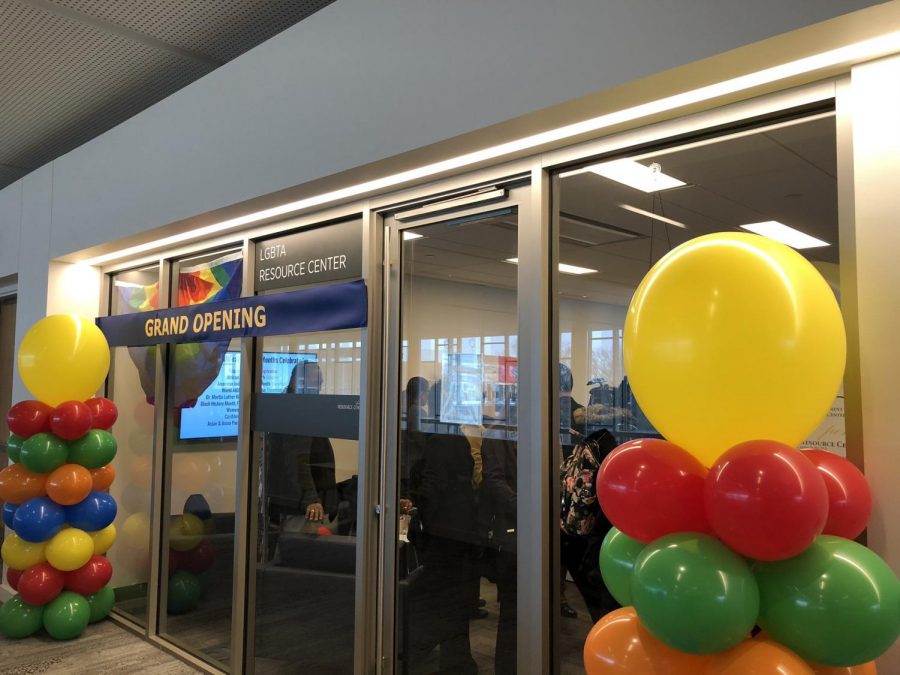 After several years of planning for an inclusive campus environment, N.C. A&T’s Office of Student Development and the Multicultural Student Center held the grand opening of the university’s first LGBTA Resource Center.

The LGBTA Resource Center is a cultural advocacy center within the Multicultural Student Center that provides support, education, advocacy and connection to community for undergraduate and graduate students at N.C. A&T.

The center’s grand opening was also scheduled to take place right before the opening night of “This One Girl’s Story.” However, due to inclement weather the performance was postponed.

Director of the Multicultural Student Center and the LGBTQA+ Resource Center Gerald Spate said the effort to create such a space has been in the works for more than six years.

“The primary purpose is to bring light to a critical and important community under the umbrella of diversity to our campus, the LGBTQIA+ community has been on this campus and every campus since these institutions have opened their doors,” Spates said.

Student and faculty leaders as well as PRISM, which is the LGBTQ+ student organization advocated for it. Previously the group  was named PROUD, which is an acronym for People Recognizing Our Underlying Differences. Two years ago, the group changed the name to PRISM.

“PRISM is like the home base of the LGBT community,” said Asia Hill, PRISM president in an interview with YES!Weekly.

The LGBTA Resource Center wants to give students a home and affirm diversity and normalcy on campus.

“It’s crucial that we bring attention and respect for the level of normalcy,” Spates said. “The new LGBTA center is going to help harness and push out a lot more information from an intentional standpoint. And it helps the fact that because we have an active student organization, such as Prism, to help.”

While the LGBTA Resource Center will be collaborating with PRISM, leaders want to also inform students that the center is not the “PRISM office” as many might deem it as.

The city of Greensboro also just opened a LGBTQ center downtown. The space with programming and activities for the LGBTQ community and their allies is located at 121 N. Greene St.

“It’s like we’re taking baby steps and every one gets bigger and better, so I’m definitely excited, I’m excited for the students, the student organizers and ambassadors definitely helped a lot,” said Sharron Porter, Program Coordinator of the LGBTA Resource Center.