Two-headed race for Rookie of the Year 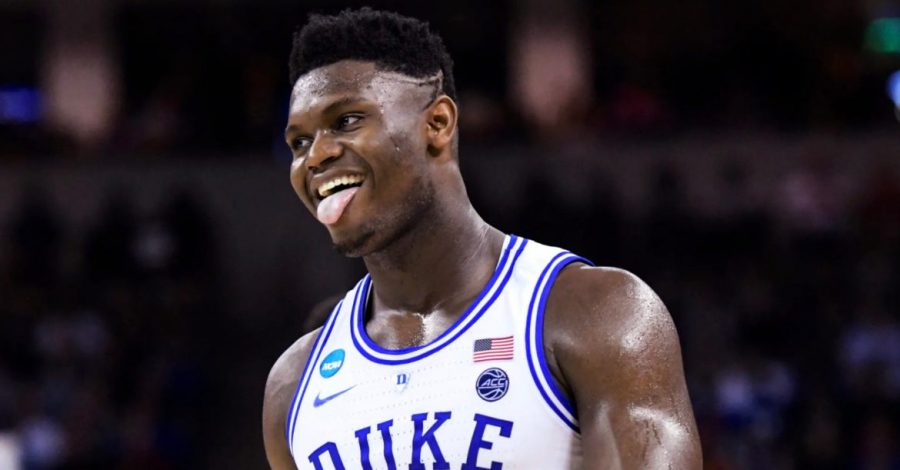 Williamson was the 1st overall pick in the 2019 NBA draft.

The 2019-2020 NBA season has been filled with excitement thus far and the battle for LA continues to be a big storyline throughout the season.

Giannis Antetokounmpo and the Milwaukee Bucks dominate the league, while there are some surprising teams on the rise such as the Miami Heat, Dallas Mavericks and Memphis Grizzlies.

The most desirable rookies are commonly known by their first names, the Grizzlies Ja Morant and the Pelicans Zion Williamson.

New Orleans are only three games behind the Grizzlies for the No. 8 seed. The difference is Morant has been playing all year while Williamson has played less than 20 games so far.

This has led to a debate: who deserves the Rookie of the Year (ROY) Award? Zion or Ja?

Morant makes a great case to be ROY. He’s averaging 17.6 points and 6.8 assists during the regular season. He has Memphis in the playoff race — which is the team most would have believed to be in the bottom of the Western conference standings at the beginning of the season.

The Grizz rank in the top half of the league when it comes to scoring offense and this is due mostly because of Morant’s ability to run the show.

Morant has proven throughout the duration of the season, and even as a rookie, he knows how to run an NBA offense at such a young age. His game has helped the Grizzlies lead the league in assists per game. Memphis plays with a different level of energy this year, and if this kind of play continues for the rest of the season, expect to see the Grizzlies in the playoffs this year.

Williamson has also been silencing the haters this season. Many criticized his jump shot and questioned if he would be able to dominate in the NBA like he did on the collegiate level.

Williamson (so far) has quickly quieted all of the doubt, shooting 42% from three-point range and 59% from the field. The 2019 No. 1 overall selection has been on a tear recently, averaging 27.6 points per game on 61% shooting from the field in his last six games.

Both rooks make a good case for each other, similar to the 2017 ROY race between Donovan Mitchell and Ben Simmons. However, this race isn’t as close as people make it seem. The difference is clear: 37 games.

Morant has played almost the entire season (51 of Memphis’ 57 games), while the Pelicans star has only participated in 14 games this season.

This takes nothing away from what Williamson has accomplished so far this season; however, the amount of time and impact that the 2019 No. 2 overall pick has had on what looked like a lottery-bound Grizzlies team cannot nor should it be overlooked. The Grizzlies were the worst offense in the 2018-2019 season, and Morant has helped turn that around.

The 76ers superstar center Joel Embiid was denied the 2017 ROY award because of the lack of time he spent on the court (31 of 82 games played) despite being the best player to many people.

This led to the Bucks’ Malcolm Brogdon earning the award and becoming the first second-round pick to win the award. Williamson may have a hard time convincing voters, especially if he does not propel the Pelicans into the postseason.

Nevertheless, both men have put on a show this entire season and no matter the outcome of this race, the league has a bright future with these two leading the way.