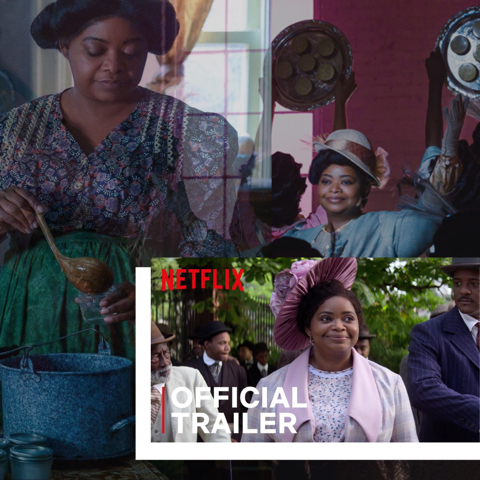 Madam C.J. Walker’s trailblazing chronicles as beauty innovator is set to be brought to Netflix on March 20, 2020.

The four-part series “Self Made: Inspired by the Life of Madam C.J Walker” has struck both interest and concern in the black Netflix community. Many viewers have believed biopics do not give historical black figures justice due to the tendency to exaggerate elements to sell viewers on the storyline.

However, Netflix is using smart, fresh and contemporary elements to allow 2020 viewers to understand and relate to the early 1900s. Oscar-winning actress Octavia Spencer plays the role of Madam C.J. Walker. Spencer is predicted to authentically showcase Walker’s relationships, business rivalries and battles with the limitations and expectations of black women living through post-slavery racial biases, social regression and sexism.

“Self-Made” is based on the book “On Her Own Ground: The Life and Times of Madam C. J. Walker,” written by Walker’s great-great-granddaughter A’Lelia Bundles. The production is the work of an all-black, woman-led team and incorporates women from all walks of life decked out in the marvelous hairstyles of the decade. The imagery is set to assist with the clear portrayal of the emotions, pomp and circumstance of the series.

“To really get us deeper into her imagination, and on another level, to show what was special about her, what made her unique and what enabled her to do what no one had done before,” said Nicole Jefferson Asher, the series co-executive producer in an Essence Magazine interview.

“This was a woman who didn’t go to school. She had to teach herself to read, and she ended up becoming a millionaire in her lifetime. So that takes a tremendous imagination. And so we wanted to use interstitials, fantasy elements, magic realism, and all of these things to be able to put the viewer in her mind.” Walker as a visionary and the leader of social revolution.

The influential people in Walker’s life are starred by Tiffany Haddish as her daughter Lelia; Blair Underwood as her husband, C.J. Walker; Garrett Morris as Walker’s father-in-law; and Carmen Ejogo as Walker’s business rival Addie Munroe.

The legacy and story of Walker is forced to compete with other series like “Dear White People,” “Grey’s Anatomy” and “Black Mirror.” This series is set to be a compelling piece to develop understanding, appreciation and arguments for the sacrifices and adversity black moguls have faced.