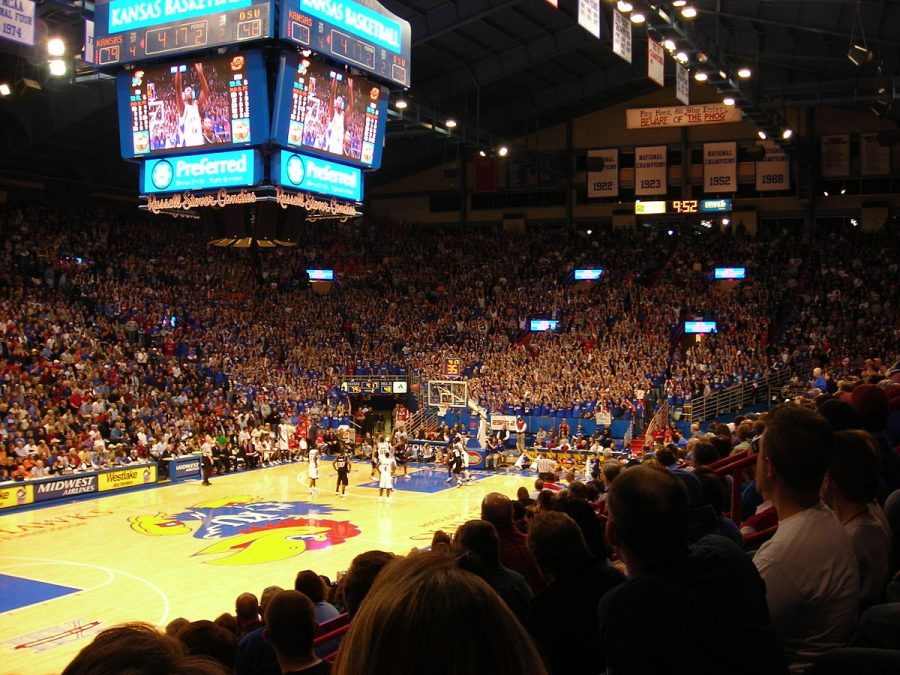 The Kansas Jayhawks finished the regular season as the nation's No. 1 seed and were favorites to win their first title since 2008.

Amid the COVID-19 pandemic, more commonly known as the Coronavirus, sports — and everything deemed non-essential — has been put to a halt.

Utah Jazz center Rudy Gobert confirmed positive for the virus on March 11, and then it was then announced that his All-Star teammate Donovan Mitchell had also contracted the virus. The announcement of Gobert contracting the virus alone led to the NBA announcing the shutdown of the NBA for at least 30 days.

The MLB, MLS and NHL followed suit, among other leagues worldwide.

This pandemic could not have come at a worse time as March and April are prominent months in the sports calendar, with the MLB regular season starting at the end of March, the NBA and NHL playoffs starting in early-to-mid April and the NFL Draft coming in at the end of the month.

As of now the NBA, MLB and NHL have put their season’s on hold with hopes that they can postpone playing rather than canceling the season altogether.

Arguably no other league has probably suffered the most devastating impact of the pandemic than the NCAA. The league canceled their 68 team basketball tournament commonly referred to as March Madness, which accounts for 90% of the league’s revenue — about $900 million per Investopedia’s Tim Parker.

Not only is this a blow for the league but for the student-athletes, too.

Only a handful of players each year are considered locks to be first-round picks in the NBA Draft.

The tournament was seen as another opportunity on the biggest stage of the season for players to increase their draft stock, rather than be a player projected to go undrafted to a second-rounder, second-rounder to a first-rounder, or a mid-first rounder to a lottery pick. The same can be said in reverse as players can also see their stocks plummet, but that’s why the tourney has gained its popularity — because nothing is ever a certainty.

Not only is the tournament not happening, but neither are the Pro Day events for the college football student-athletes.

Pro Days are held by colleges in a similar format to that of the NFL Combine: the teams’ best draft-eligible players partake in drills, interviews and physicals, where their overall health is determined. With that being canceled, NFL teams have less information to work with regarding the players they draft this spring.

Consider the disadvantage the Miami Dolphins are at who own the No. 5 pick in the 2020 NFL Draft.

It is widely expected that if Alabama quarterback Tua Tagovailoa is available when Miami is selected to pick, then he will be their choice. Tagovailoa has an injury history including a hip injury last season, and while reports are that the former national champion is fine, teams will not be able to properly access his health with the cancellation of Pro Days.

On the flip side, a lot of players who are not surefire picks will see their draft stock drop due to not being at the NFL Combine or not choosing to participate in all of the drills that the Combine presented.

All of this is a domino effect because this effectively hurts NFL free agency. Teams are settling for signing veteran players because draft picks are no longer a sure thing. Veteran players will not get signed until the third wave of free agency because some teams are waiting until the draft and waiting for the bans on their local facilities to be lifted so the coaching and medical staff can meet the new players.

This is a tough time for athletes — and everyone else — at all levels across the world. Hopefully, in the near future the “toy section” as ESPN’s Mike Greenberg calls it, will return to our lives soon.