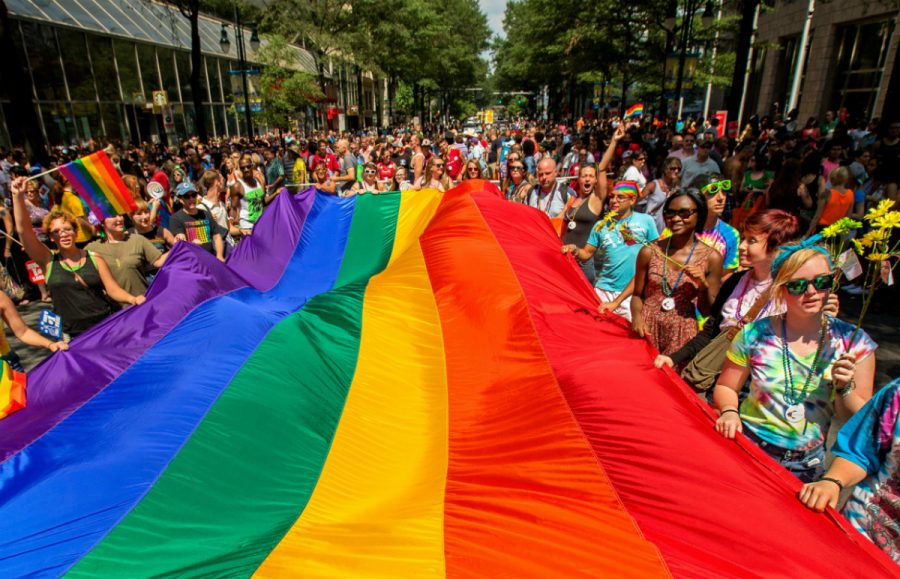 Due to the ongoing COVID-19 pandemic, the 2020 Charlotte Pride Festival and Parade will be held virtually Friday, July 24 through Sunday, Aug 2, 2020.

There will be local entertainers, artists and speakers who will be participating in the eight-hour virtual festival that will be live-streamed on Saturday, Aug. 1.

Tomorrow afternoon! Stop by our Pop-up Pride Shop to grab some awesome rainbow gear and goodies! Once you have them, use them for your virtual Charlotte Pride Parade video! We'll be out from 4-8pm at 1900 The Plaza, Charlotte, NC 28205. Details: https://t.co/NaK4jpRgd3 pic.twitter.com/HoFRHeEeOA

The pre-show for the virtual festival live stream will start at 12:30 pm, with a virtual opening ceremony beginning at 1 pm, featuring special messages from Charlotte Mayor Vi Lyles, U.S. Rep. Alma Adams, and other special guests and leaders.

Among the variety of Pride Week Community events include a week-long Charlotte Pride Scavenger Hunt, as the city of Charlotte, will explore a virtual “vendor fair” with LGBTQ-owned businesses, local Charlotte businesses, and community spaces. There will be contests, prizes, and free gifts for participants.

Among the celebrations will be a Charlotte Pride pop-up shop event, where participants have the opportunity to pick up pride gear and goodies like flags, stickers, streamers and t-shirts for the virtual festival and parade. Masks and social distancing are required to participate, and with every purchase, guests are automatically entered into a chance to win one of five free pairs of 2021 Charlotte Pride VIP Experience Passes.

The annual Charlotte Pride Interfaith Service will be hosted virtually by St. Luke’s Missionary Baptist Church. The theme for this year’s interfaith service is “RISE”, as this event will feature multiple faith leaders in the city speaking about the collaborative relationship between faith communities and the LGBTQ community in Charlotte.

Other Pride Week community events featured are Charlotte Trans Pride’s “Trans-forming History” event, Charlotte Women’s Pride’s “Lesbian Leaders: Women-Loving-Women Who Have Been Erased From History” event on and Charlotte Latinx Pride’s “Queer Liberation is Not Exclusive to the U.S.” event.

According to Charlotte Pride, they are the leader in LGBTQ visibility in the Carolinas and the city of Charlotte and are among the largest LGBTQ pride organizations in the Southeast. They have presented a wide range of programs including the Charlotte Latinx Pride, Charlotte Trans Pride, Charlotte Women’s Pride, the Reel Out Charlotte Annual LGBTQ film festival, and among others.

The annual Charlotte Pride Festival and Parade event has been the largest annual parade in Charlotte, N.C., as the event drew in about 200,000 participants last year.

According to their website, they have scheduled the 2021 Charlotte Pride Festival and Parade for Aug. 21-22, 2021, as well as rescheduled their Reel Out Charlotte, the Queen City’s annual film festival to Oct. 24 through Nov. 1, 2020. The Queen City’s Annual LGBTQ Film Festival is a week-long series of film screenings, panel discussions, and other special events.

To learn more about Charlotte Pride Week 2020 and the virtual festival and parade, please visit www.charlottepride.org.