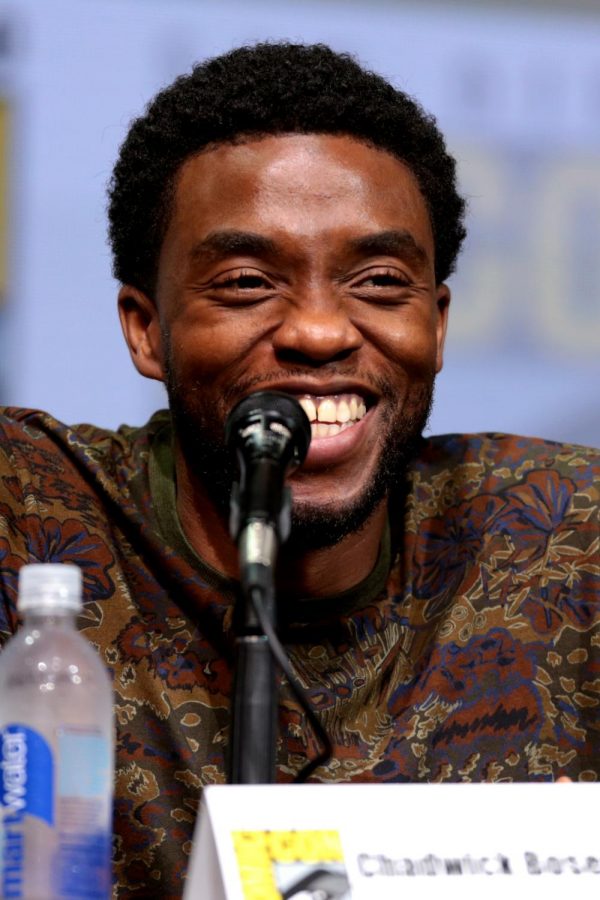 In a statement released on his Instagram, Boseman was diagnosed with colon cancer in 2016. Boseman’s battle with cancer came to a heartbreaking end, after four years, when it reached stage IV. He died peacefully at home, with his wife and family by his side.

It is with immeasurable grief that we confirm the passing of Chadwick Boseman.⁣ ⁣ Chadwick was diagnosed with stage III colon cancer in 2016, and battled with it these last 4 years as it progressed to stage IV. ⁣ ⁣ A true fighter, Chadwick persevered through it all, and brought you many of the films you have come to love so much. From Marshall to Da 5 Bloods, August Wilson’s Ma Rainey’s Black Bottom and several more, all were filmed during and between countless surgeries and chemotherapy. ⁣ ⁣ It was the honor of his career to bring King T’Challa to life in Black Panther. ⁣ ⁣ He died in his home, with his wife and family by his side. ⁣ ⁣ The family thanks you for your love and prayers, and asks that you continue to respect their privacy during this difficult time. ⁣ ⁣ Photo Credit: @samjonespictures

Boseman Premiered on the Tonight show with Jimmy Fallon where he recalls the time when Phylicia Rashad taught a class at Howard University. At the time Boseman did not have the money to attend a summer program at Oxford University in London.

Phillicia Rashad got a few of her friends to sponsor the students so they would be able to attend the program. One of those friends being Denzel Washington who Sponsored Boseman and who he was later able to meet.

Boseman’s first major TV role was on the popular show Lincoln Heights that appeared on ABC Family, where he played the main character’s long lost son Nathaniel Ray, according to thewrap.com.

Boseman rose to stardom when he played the role of Jackie Robinson in the 2013 film, “42.” This was Boseman’s first lead role in the Big screen. In sorrow, he passed on the same day (Jackie Robinson Day) the iconic figure was celebrated.

The sports world of Major League Baseball, mourns the death of Chadwick Boseman. The company takes to Twitter to express the importance of his role in the film “42” and how his portrayal as Jackie Robinson will transcend forever.

We are devastated by the tragic loss of Chadwick Boseman. His transcendent performance in “42” will stand the test of time and serve as a powerful vehicle to tell Jackie’s story to audiences for generations to come. pic.twitter.com/8oU7QpdLSE

At the start of his battle in 2017, Boseman portrayed, NAACP Lawyer and Supreme Court Justice, Thurgood Marshall.

Boseman Played countless iconic roles such as the musical legend James Brown in the 2014 Biopic “Get On Up.” This was Boseman’s second Biopic and major lead in the film, according to Comicyears.com

Boseman also portrayed Vontae Mack, the top linebacker of Ohio State. Who was the NO.1 pick for the Cleveland Browns, according to thewrap.com.

Many of Boseman’s co-stars are mourning his death. Mark Ruffalo (The Incredible Hulk) expresses his feelings about Boseman on Twitter.

All I have to say is the tragedies amassing this year have only been made more profound by the loss of #ChadwickBoseman. What a man, and what an immense talent. Brother, you were one of the all time greats and your greatness was only beginning. Lord love ya. Rest in power, King.

I’m absolutely devastated. This is beyond heartbreaking.

Chadwick was special. A true original. He was a deeply committed and constantly curious artist. He had so much amazing work still left to create. I’m endlessly grateful for our friendship. Rest in power, King💙 pic.twitter.com/oBERXlw66Z

During his fight with Colon Cancer Boseman oftentimes visited young cancer fighters at St. Jude Children’s Research Hospital. In a Twitter post, St.Jude thanked Boseman for visiting the patients and learning about their mission.

It’s not every day that St. Jude gets a visit from an Avenger! Thank you @ChadwickBoseman for stopping by to bring joy to our patients and learn more about our lifesaving mission! ❤ 🎉 pic.twitter.com/7RwPO7qgPD

Boseman played many powerful roles, but he is universally known for his leading role as the Black Panther from The Marvel Cinematic Universe.

Film Director, Stewart Ahn takes to Twitter to address how important it was for Chadwick Boseman to create an accent for the Black Panther.

His role as the Black Panther has inspired a plethora of individuals, within the black community, young and old. Many fans see him as a true hero, because he portrayed and executed his role with passion.

Boseman leaves us all with a powerful message about perseverance.