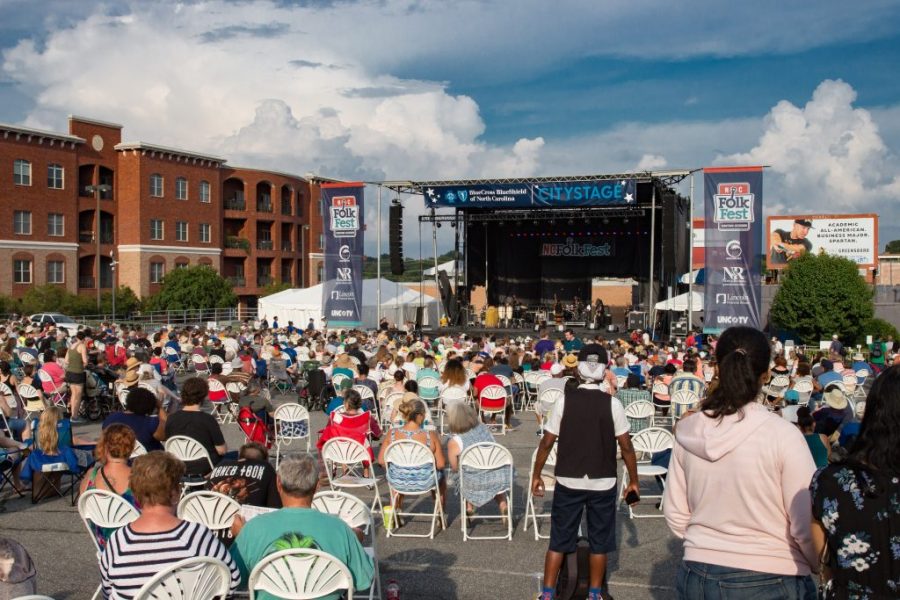 Due to ongoing COVID-19 concerns, the third annual North Carolina Folk Festival will be streaming their virtual concert series online from Sept. 11 to Sept. 13.

The NC Folk Fest continues the legacy of the National Folk Festival, which was held in Downtown Greensboro from 2015 to 2017.

In the tradition of the National Folk Festival, the NC Folk Fest features performing musicians and bands that represent diverse cultural traditions from around the world, including on-stage music and dance performances, as visitors would attend the festival from all over the country to experience a variety of heritages and customs, regional and ethnic foods, festival merchandise and more.

As the continued threat of COVID-19 still poses concerns to public health in North Carolina, the NC Folk Fest will continue on as a socially distanced celebration of North Carolina’s rich cultural heritage through music, dancing, storytelling and crafts.

Last year, the NC Folk Fest attracted an estimated 156,000 people to downtown Greensboro to enjoy the performers, musicians, and dancers.

The annual folk festival planners changed their plans for its usual in-person event after concluding that they could not safely attract thousands of people downtown during the on-going COVID-19 pandemic, according to Greensboro News and Record.

On Aug. 12, the NC Folk Fest announced their performer lineup and the film locations to be featured in the 2020 virtual concert series.  There will be 10 performing artists and 9 film locations around Greensboro that will appear in a pre-recorded performance online via Youtube and on the city’s Greensboro Television Network — all for free “admission”.

“The pairing of North Carolina folk and traditional artists performing at iconic locations around Greensboro is our way of sharing with the world a sample of the people and places that contribute to the cultural identity of our home community,” Amy Grossmann said, President and CEO of the North Carolina Folk Festival in a recent press release. “In lieu of inviting folks to travel to experience our event this year, we are excited that people from across the world will be able to enjoy this taste of North Carolina and Greensboro in the comfort of their homes.”

The pre-recorded live performances will be filmed at iconic locations around Greensboro, including The Historic Magnolia House, Center City Park, and Gateway Gardens – located at the eastern entryway to the City of Greensboro.

Live links to the pre-recorded performances will be available on their website at ncfolkfestival.com.