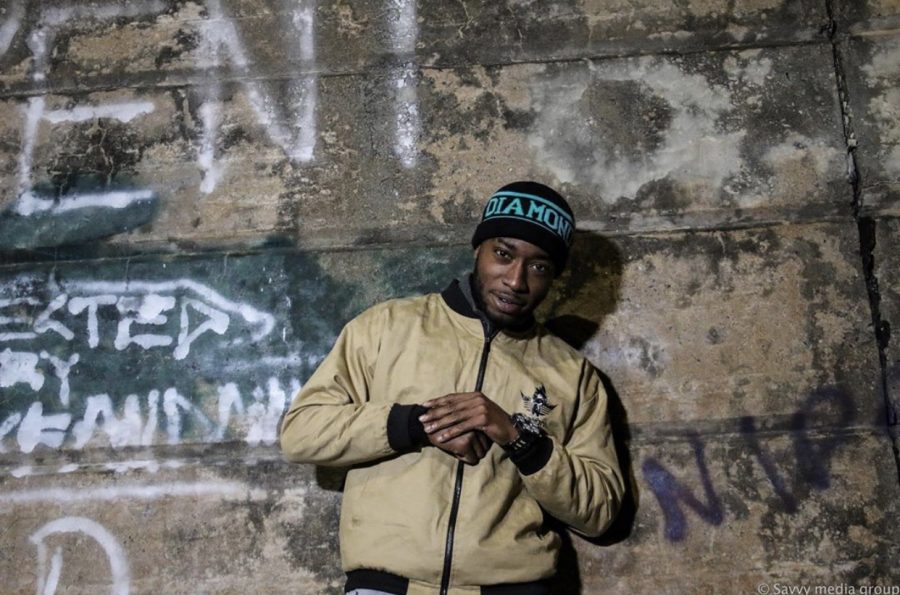 Music is a life source, it ties human beings together like a common thread while connecting our souls to every rhythm, beat and emotion. Music artists have the job of putting the right lyrics together to get audiences to connect to their story.

Rap is an evolutionary form of music that carries in multiple flows and has displayed the talents of many prominent figures in entertainment today. Don’t let the flashy jewelry and multi-million dollar houses fool you, all successful rap artists had to start from somewhere local.

Local artists will usually “start from the bottom” as most rappers of this generation would say, and work their way towards becoming a mainstream artist at some point in their careers.

Having been writing music since he was 13-years-old, N.C. A&T senior multimedia journalism student Nick Jeffers is a modern-day renaissance man, as he sets no boundaries to his success as he has taken on many roles to ensure a future for himself.

Jeffers hails from Duplin County, North Carolina and has been rapping since he was a teenager. In October 2014, he formed his own entertainment group in order to lift himself and others towards a success he envisioned would reach a broader base if he expanded.

He plans to graduate in May 2021, and although journalism is his passion, he doesn’t limit himself to just one particular title. Jeffers, but better known as his artist name ‘B.R.A.$.$’, wears many hats as an artist, CEO of T.R.U. Gang, and Head of A&R for ‘8AM Exposure.’

8AM Exposure is a media advancement company that helps artists expand nationwide on industry platforms. T.R.U. Gang Entertainment is owned and managed solely by Jeffers, a position he doesn’t hold lightly considering he has many artists to oversee.

As a manager, he says he is looking for drive, precision, and how well you can manage yourself.

“I don’t want someone who I have to hold their hand all the time, I’m an artist too. When you’re managing for people, you care about their careers just as much as you’re caring for your own,” Jeffers said. “8AM Exposure is looking for artists who fit the same criteria.”

When asked about the takeaways he has learned from being in two positions of power, he says,

“Get comfortable with being uncomfortable… things in the entertainment industry change fast and you have to be somebody that can catch onto that, replace that, [and] fix that simultaneously. I feel like now I’ve learned how to be open to the idea of change, much more then I did before.”

B.R.A.$.$. and I met at his downtown Greensboro apartment to discuss how COVID has shifted the way he reaches his audience, the biggest challenge in being head of A&R, and what his end goal is for the coming future.

As head of A&R, your job requires you to scout for new artists, book events, find talent—basically, have all the ducks in a row for your artists. How was it trying to find new artists in a pandemic?

Nick: It actually has put it to a stop, to be honest. It changed the job and the role, it turned from looking for new artists to focusing on the ones who were already in house.

Keeping people in the studio was a challenge. It came down to focusing on TRU Gang for 8AM Exposure, for us to be stretching between New York, South Carolina, North Carolina, down to Florida—we even have an artist in Paris.

We had to do what was best for each region, as some people were on lockdown completely, some were quarantined, and some were able to move a little bit. It was about keeping the ones we have happy and keep them growing and developing.

What’s the hardest part of the job?

Nick: Being able to be your own artist as well as being the businessman that helps 8AM Exposure too; being able to do both because me being an artist is as tied as being the CEO of T.R.U Gang, they’re the same almost.

One is needed just as much as the other. But then you have 8AM Exposure which is a separate entity altogether. So, I’m on the phone for myself, my artists and 8AM Exposure finding that balance and being a student.

Are you a Hip-Hop or Rap fan?

Nick: I guess, I would say more so hip-hop.

So how do you differentiate yourself from other artists? Is it harder or does the current nature of music make it easier?

Nick: Today’s rap makes it a lot easier to express yourself, we are in the generation [where] (and I really mean this as a BIG thing) all sexual orientations can rap AND profit off of their music.

That literally use to kill your career just 10 years ago, only women could be bisexual. That made it [freer] for people, made it free for myself, and it made the lanes much bigger.

As far as streaming goes, it doesn’t make a lot of money for you, but it did make it where the potential listener is not the same person as before.

Hip Hop used to only be concerned with black or white ears. Today, made it easier to get into the game, easier to express yourself, but harder to last a long time.

Nick: I see myself being compared to legends in the near future especially with the variety I bring to the game.

The same thing for the company, I see it being one of those entities where people are like “Dang. They really brought that much change to the game” like No Limit.

I love Master P so No Limit would be an example. I look at Jay-Z, I look at how Roc-a-fella went from the ground up. I feel like we’ll be compared to them, our story is THAT interesting.

To keep up with Nick “B.R.A.$.$.” Jeffers, you can find him on Instagram at @brassiskingtru.

Also, be sure to listen to his latest single ‘OnlyFans’ and his newest project from S.O. X N.Y. ‘Pray for Me’, as it is been made available on all streaming platforms.