Recapping the offseason and predicting the 2020 NFL season 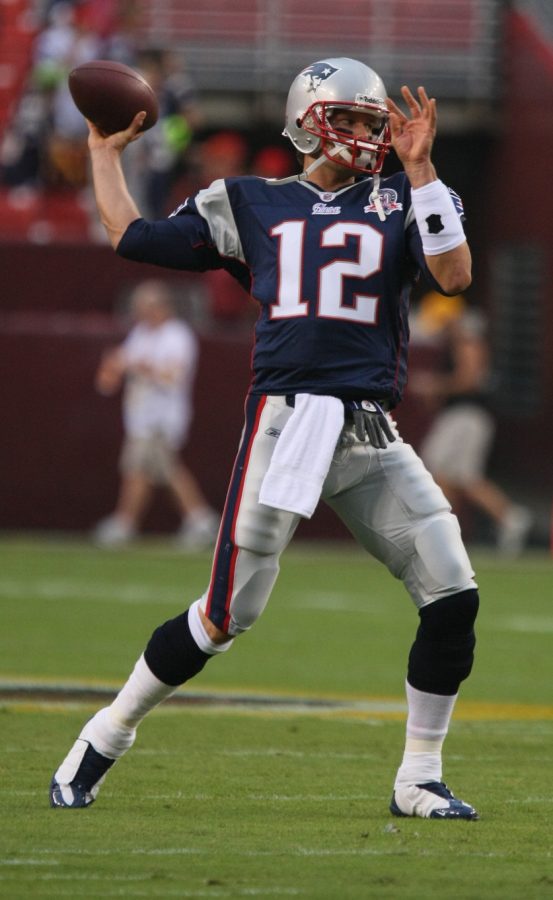 For the first time in his career Tom Brady, will not be donning a jersey for the New England Patriots. Brady signed with Tampa Bay in the 2020 offseason.

The NFL returned this Thursday with the Super Bowl defending champion, Kansas City Chiefs defeating the Houston Texans, in a not so close 34-20 victory. The league had an offseason similar to that of the NBA that saw trades and a lot of major free agents switch teams for the first time.

Even without a preseason, with all of the offseason storylines across the league, it makes for an interesting season.

The Buccaneers were very active in the offseason by acquiring not one but two likely first-ballot acquiring hall of famers in longtime Patriots quarterback Tom Brady and formerly retired tight end Rob Gronkowski. They’ll be joining Pro-Bowl wide receivers Mike Evans, Chris Godwin, and the offensive mastermind coach Bruce Arians. Many fans expect this high-powered offense to run the NFC South and possibly be the first team to host a Super Bowl, as this year’s Super Bowl is set to be in Tampa.

The Dallas Cowboys made a huge coaching change this offseason by firing Jason Garrett and  signing Mike McCarthy to a five-year deal. Garrett made the postseason five times in nine seasons but could never get past the divisional round despite the firepower the team has had offensively and defensively since he became the official head coach in 2011. McCarthy is a proven coach, who has won a Super Bowl and led the Packers to nine playoff appearances in his 13 seasons as head coach.

Building from a top-five offense in the league last season with an above-average defense, the Cowboys could look to make a deep run into the playoffs.

The aforementioned Super Bowl champions had quite an offseason themselves. At one point in the offseason the team had $177 of spending money and they were still able to sign Patrick Mahomes to a 10-year $503 million dollar deal, as well as extend head coach Andy Reid, General Manager Brett Veach, All-Pro tight end Travis Kelce and All-Pro defensive tackle Chris Jones and other key contributors.

Even when Kansas City had their starting running back Damien Williams and starting offensive guard Laurent Duvernay-Tardif opt out of the season, they made up for it by signing former Pro Bowl guard Kelechi Osemele and drafting running back Clyde Edwards-Helaire, who had 138 yards on 25 carries and a touchdown in his NFL debut versus the Texans.

With that being said, it is never too early to predict the season. Here’s how I see it.

Most Valuable Player: Russell Wilson gets my vote despite never actually receiving a MVP vote in his career ironically. Wilson has always kept his team in the conversation despite not having the necessary weapons with him. The former Super Bowl champ is a proven leader and shows up in big games. Expect the Seahawks to get the upper hand on their rival Bay Area rivals in San Francisco this season. The Seahawks are coming in more healthy than ever, the media will have no choice but to finally give Wilson the MVP award that he deserves.

Coach of The Year: The new coach of America’s Team, Mike McCarthy. Over the past 25 years, the Dallas Cowboys have struggled to find a dominant coach who can lead his team to the Super Bowl. With run-ins with Jason Garrett and Wade Phillips, Dallas has only experienced early playoff exits or mediocre 8-8 regular seasons. If McCarthy can finally get them over the hump this year, the award is his. Reaching the NFC Championship game would put him in contention for the award lock for sure.

Comeback Player of The Year: Cam Newton. Bill Belichick is high on his new QB1. “He’s very, very competitive on the field. He always wants to do his best and do better than the guy he’s competing against,” Belichick said.

Despite having a rough ending with Carolina, Newton has a perfect opportunity to make up for the missed time. They don’t have many weapons on the offensive side of the ball as it is, take out the players who decided to opt out and the Pats are looking at an abysmal season. If Newton can get the Pats to around seven or eight wins under Belichick’s tutelage, he has a chance to win this award.

Sleeper Team: The Pittsburgh Steelers are getting Ben Roethlisberger back at the helm and even though  they are in the same division as the Baltimore Ravens, there is an argument that Pittsburgh has the better defense. The Steelers went 8-8 with quarterbacks Mason Rudolph and  Duck Hodges, so with their star quarterback, Pro Bowl receiver Juju Smith-Schuster and Pro Bowl running back James Conner returning, the Steelers could make some noise come January.

Super Bowl Prediction: The Chiefs go back-to-back and defeat the Cowboys, 35-31. Dallas overcomes their struggles in the NFC and prevent Drew Brees, Tom Brady and Aaron Rodgers from getting to another championship late in their legendary careers. They just unfortunately run into a Chiefs team returning 19 of the 22 Super Bowl starters from a season ago. If they avoid injuries, the Vince Lombardi Trophy will be headed back to Kansas City.