Hall of Fame running back Gale Sayers dies at age 77 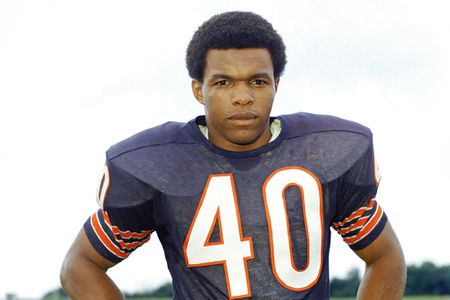 Former Chicago Bears star Gale Sayers has passed away at the age of 77. The Hall of Famer dealt with dementia in the latter years of his life.

Despite only having played seven seasons, Sayers was inducted into the Pro Football Hall of Fame in 1977 at age 34.

Sayers, also known as the “Kansas Comet” was a four- time Pro Bowler and five time All-Pro. Sayers started off his career with a fast start, earning himself the 1965 NFL AP Offensive Rookie of the Year.

NFL Commissioner Roger Goodell had some words to say about the Chicago legend.

“The NFL family lost a true friend today with the passing of Gale Sayers,” Goodell said. ”Gale was one of the finest men in NFL history and one of the game’s most exciting players.”

Sayers dealt with injuries throughout his illustrious career. In 1968, Sayers suffered a knee injury and was forced to only play nine games that season.

Sayers came back the next season and led the league in rushing yards. Sayers was named Comeback Player of The Year in 1969.

Unfortunately, Sayers had two more knee injuries after the 1969 season and was forced to retire in 1972.

Sayers short career did not stop him from leaving a legacy on his team. His 4,956 rushing yards and 39 rushing touchdowns both rank top five in Bears history.

Sayers No. 40 Jersey with the Bears and No. 40 with the Kansas Jayhawks have been retired. His legacy will remain in the hearts of football fans everywhere.