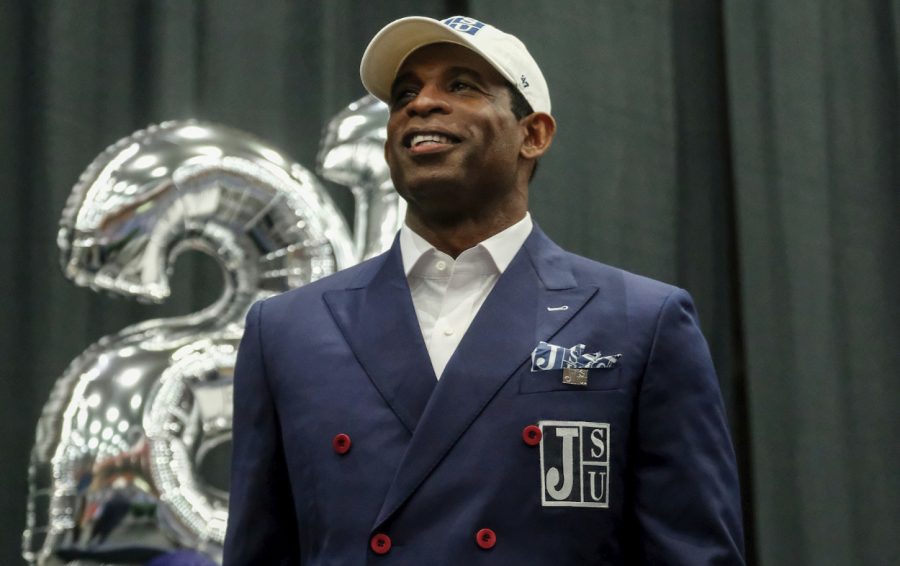 As the movement to shift the power dynamics of collegiate sports continues, NFL hall of fame defensive back, Deion Sanders, announced on his podcast that he will be the next head coach of Jackson State University.

While collegiate athletes have led the way in this movement, Sanders’ decision to coach at a historically black college and university (HBCU) may create a huge shift in exposure and enrollment into HBCUs.

His journey started in late August when he received his bachelor’s degree from Talladega College. Then, JSU fired their head coach, John Hendrick.

Rumors circulated that Sanders would be the head coach, but the university denied it. Eventually, Sanders’ goal was finally accomplished when JSU made the official announcement on Sept. 21. Sanders explained his decision to coach at JSU in a statement released by the school.

“It’s my desire to continue this storied tradition and history of JSU and prayerfully bring more national recognition to the athletes, the university, the Sonic Boom of the South, and HBCUs in general,” he said.

Since being announced as head coach, Sanders has focused on building with the all-star coaching staff that he has established.

Although Sanders claims that he will have a great coaching staff, this is his first time coaching on the collegiate level. However, he does have tons of experience as a player.

In those 14 years, he was an eight-time Pro Bowler, 1994 NFL Defensive Player of the Year and a two-time Super Bowl Champion.

In addition to his NFL career, Sanders has spent most of his post-playing career as an NFL television analyst for CBS Sports and NFL network.

He also has experience in coaching high school football. Sanders is the offensive coordinator at Trinity Christian High School in Texas where his son, Shadeur Sanders, is the quarterback. Sanders will be coaching his son through his senior year until he becomes a coach, full-time.

Even with his lack of coaching experience, this would be a tall task for Sanders because JSU’s program hasn’t had a winning record since 2013.

Sanders’ winning and exposure will not only help JSU, but all HBCUs. Sanders will bring tons of exposure for everyone associated with him.

Plus, he has already pulled in a former Power Five player to transfer to JSU, and he has an experienced coaching staff.

Additionally, Jackson city councilman De’Keither Stamps is trying to build a bigger and better stadium because they expect a huge fan base, according to Patrice Clark from WLBT news.