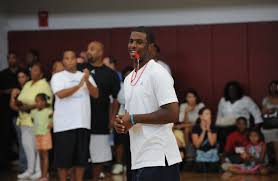 HBCUs have been getting a lot of buzz after Deion “Primetime” Sanders announced he would be the new head coach at Jackson State University a few weeks ago.

Sanders’ bigger than life personality mixed with HBCU culture is the perfect combination JSU needed for their football program.

“Coach Prime,” as he dubbed himself after signing his contract to become head coach, and Alabama State men’s basketball Head Coach Mo Williams (former 13-year NBA Veteran) laid the foundation to join these programs and make a change).

Here’s a list of athletes whose personality and swagger towards the game would make them good HBCU coaches.

Johnson is one of the most outspoken players in NFL History. His quick feet allowed him to rack up 11,059 yards from 2001 until 2011. The smack-talking receiver is just as vocal on social media like he is on the field. In 2015, he tweeted out “Can I coach the receivers at FAMU?” Of course, no one took him seriously but, as a native of Miami and a four-time All-Pro, Johnson would likely be accepted by the Rattlers’ organization in open arms.

Can I coach the receivers at FAMU?

Paul has been an advocate for HBCUs since 2018, when he was seen rocking a Texas Southern hoodie before a game. Throughout the Thunder’s run in the NBA Bubble, Paul represented a different HBCU every game by customizing his shoes to the school’s colors.  Paul is a native of Winston-Salem and although he attended Wake Forest, both of his parents attended WSSU. Not to mention, Paul recently enrolled in some classes at WSSU.

The six-time Pro Bowler in this fantasy world does not have to stray very far from his alma mater, the University of Tennessee at Chattanooga, as he would travel north to Nashville to coach TSU. The Tigers previously had three Pro Football Hall of Fames suit up for them in their 108 year existence (Claude Humphrey, Ed “Too Tall” Jones and Richard Dent). Owens, who is a 2018 Pro Football Hall of Famer himself, would be the first hall of famer to be a coach for the Tigers.

Before Sharpe became one of America’s favorite sports analysts and a three-time Super Bowl Champion, he was a three-time Black College All-American at Savannah State. “One of the greatest decisions I ever made was to go to an HBCU,” Sharpe said in an interview with HBCU Buzz. The blabbermouth tight end always backed up his talk on and off the field. He uses the talk show he stars in with Skip Bayless, “Skip and Shannon: Undisputed” to bring national attention to HBCUs and their impact on modern-day sports. Seeing Sharpe coaching on the Savannah State sidelines could lead to more prominent high school football players attending HBCUs in the future. Sharpe was an advocate for Sanders getting the Jackson State job, maybe after his time is done being a television personality can Sharpe make his way to the sidelines.