Behind the music with Nazir “47 Roman” Sims 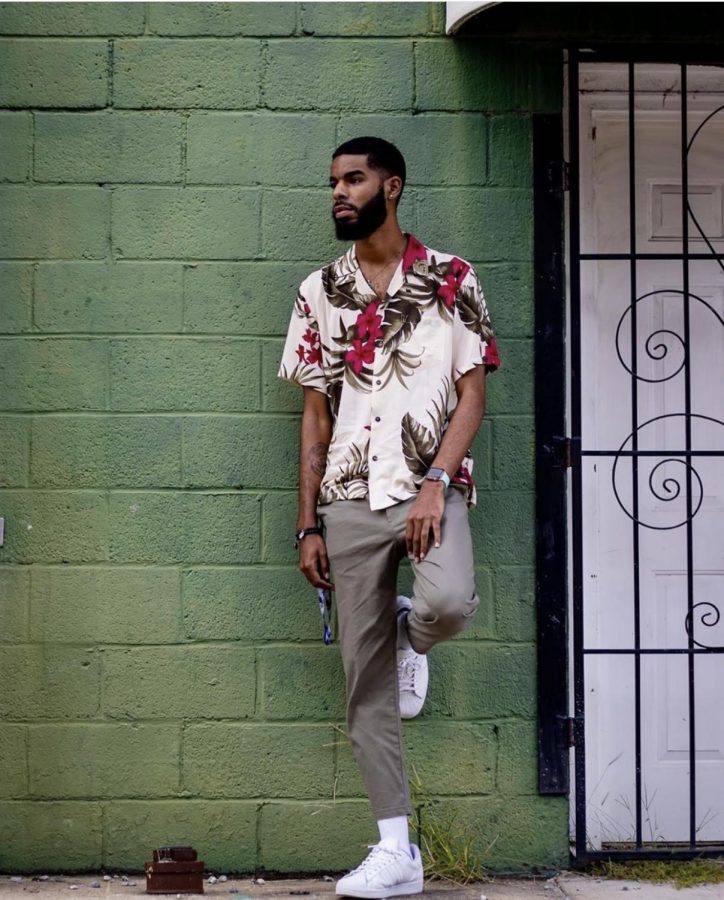 A song can be a hit or miss, but an album can display an array of an artist’s talent. Michael Jackson’s Thriller, Mary J. Blige’s My Life and Drake’s Take Care are all ranked in the 500 greatest albums of all time listed by Rolling Stone magazine.

Clearly not every, new or established, artist can make musical imprints that garner critically acclaimed recognition, but what they can do is make music that, every now and again, impacts the history of music and it’s fanbase. One local artist has done just that by dreaming out loud in his newest album release.

N.C. A&T senior journalism student Nazir Sims, also known as 47 Roman, hails from New Jersey, but at the age of 11, his immediate family moved to Kinston, NC. His interest in music has been ingrained in him since birth, but evolved when he was 15 years old, with the help of his parents and grandparents.

Sims isn’t new to the A&T Register, as almost one year ago in November 2019, he was interviewed for the release of his first album Think About Your Future Self. Now, almost a year later, his second album Where Dreams Live has recently been released and has caused a significant amount of buzz on campus. The 14-track album has three features from Modo, KovuSoul, Swaco and Westside Buzzin’.

It isn’t every day that you’ll see someone aspiring to take on two different career paths head-on and wanting to excel in both, but Sims says it’s not impossible.

“A blueprint for being an artist and a journalist came from Rob Markman [the Vice President of Content Strategy for Genius],” Sims said. “People thought it was taboo of him to be a journalist and a rapper, so he used that to his benefit… and I wanted to do that as well.”

Though he credits his musical inspirations from Frank Ocean, J. Cole and Jhene Aiko, what 47 Roman does well in this album is adapt to the essences and cultures around him, by infusing those moods into multi-dimensional rhythms and lyrics.

“I have to adapt things from my favorites, they all live within me musically in some form or fashion,” Sims said. “It may not be the sound, but it may be their ideologies— the things they say in their music that touches people’s hearts. I wanted to incorporate that into my own sound.”

Sims shared via Zoom in this exclusive interview the parallels between his inner self and 47 Roman, the importance of supporting black local artists and what lies between his own dreams.

How do you feel so far? I know your album is still freshly released but how are you feeling about everything?

Nazir: “So far with all of the attention it’s been getting—I feel really good. Honestly, just as good if not better than the first release. I have more experience, more knowledge and more things to talk about since the first time I was interviewed. I feel a lot more like a ‘veteran’ these days.”

So, in today’s climate, how important is it for you to uplift and support local black artists considering you fall in that category and you called on artists that share that title with you to be featured on your album?

Nazir: “It’s very important. The unity between us is one of the key things I live for because a lot of times, [black artists] are put against each other and are always ‘beefing’. The media takes advantage of when we’re beefing as opposed to when we’re joining hands, when we’re collaborating or when it’s just friendly competition. They make it more than what it is just for some buzz.”

“So, collaborating with other black artists was very important and them being my close friends makes it feel more connected.”

With many artists, there’s a second person they use as their alter ego when defining who they are. Can you describe to me the difference between 47 Roman and Nazir?

Nazir: “I would like to call [47 Roman] an enigma or a mysterious character of sorts. Someone who has zero tolerance for [nonsense]. Someone who stands up for everybody and is willing to call people out who aren’t about what he is about. If you aren’t doing what you have to do, aren’t on your grind, you’re not looking out for the people around you– You’re not worth being in the vicinity of him.”

Nazir: (smiles) “Nazir the man. Just a happy-go-lucky person that just loves being around people. Learning from life. Just learning from experience–taking everything that encounters as a lesson and something to learn from. Really just living.”

Since your album is entitled “Where Dreams Live,” I would like to ask you where do your dreams live?

Nazir: “My dreams live in my music. The hard work that I put in day in and day out. The time that I spend writing, telling these stories—just being open about myself.”

“A lot of times black men aren’t put in spaces to be vulnerable or tell those parts that they may try to hide. What I wanted to do was put my truest self in my music so that there are no surprises. You see where this comes from, I tell a story about this. This draws to that.”

Though he just released this album, Sims has proven to be unstoppable in keeping his momentum going.

Sims is currently working on another EP. He later expressed that when he drops it he wants to make sure it’s the most memorable out of all of his released EPs.

“It’ll probably be released next year. Definitely before spring is over.” Sims said.

In foreseeing what his legacy looks like Sims says, “It’s to be continued.”

“As someone who’s very curious about what the future holds, I don’t know what [my legacy] looks like but that’s why I’m putting in the work now,” Sims said. “But I feel like [right now] I’m headed in a good direction.”

47 Roman’s album “Where Dreams Live” is available now on all streaming platforms. To keep up with 47 Roman, you can find him on Twitter at @4roman7 and Instagram at @roman.godd.