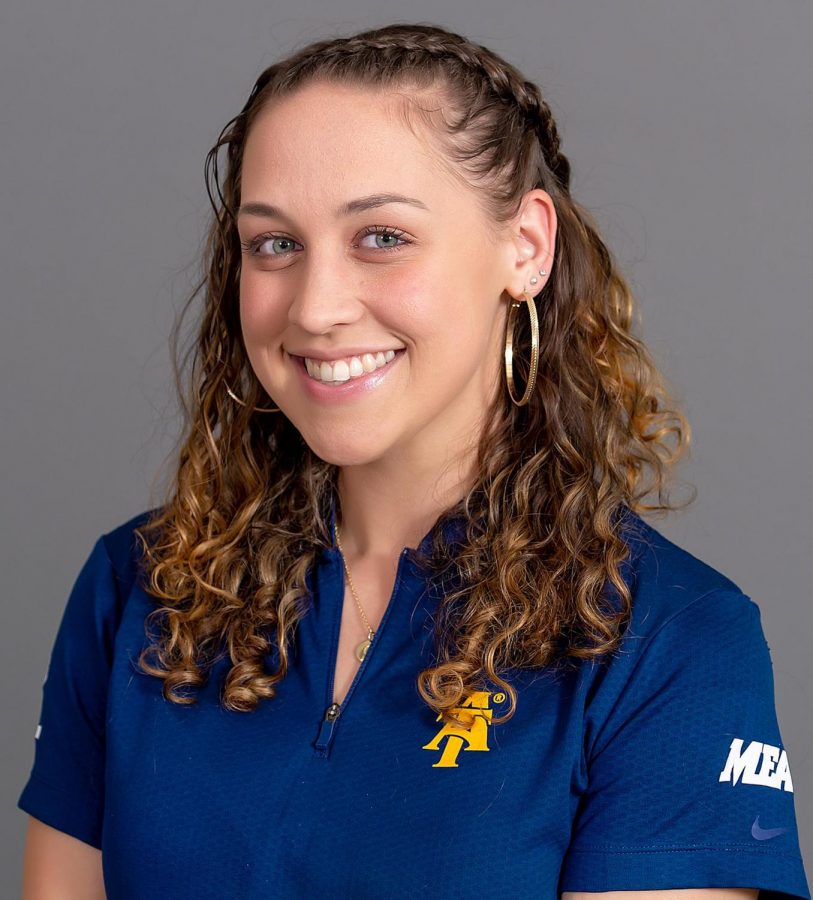 While Cameron Strombeck was voted as the MEAC preseason bowler of the year by coaches in the conference, the bowling team hopes to compete for another championship in the 2020-2021 season

In March 2020, the bowling team didn’t get to compete in the postseason, because the Mid-Eastern Atlantic Conference’s (MEAC) decision to cancel the rest of the winter and spring sports, due to COVID-19.

Before the season ended, abruptly, Strombeck led her team to a 73-40 overall record (17-3 in the MEAC). Additionally, the team was ranked 9th in the National Tenpin Coaches Association poll.

Strombeck recorded a 48.3 strike percentage and a 73 spare percentage in 2019-2020. By the end of the season, Strombeck was named first-team postseason honors and National Tenpin Coaches Association third-team All-American, as well by coaches in the conference.

Although the team did not get to play in the postseason, Strombeck believes the team was ready to make a deep postseason run.

“I believe we had an extremely strong chance of winning the MEAC championships again and making a decent run in the NCAA’s,” she said.

During this school year, Strombeck is still preparing to compete just in case the team does get the chance to participate for this season.

Although the bowling team has lost three good bowlers, Strombeck still believes the team’s chances are still high if they get to compete.

“Our team did lose three good bowlers, but we did gain some good bowlers. I think our chances for this season are pretty good too. I am just hoping for the chance to have one,” she said.

Additionally, Strombeck believes their chances would be strong because the team has a coach who brings the best out of her players.

“She has an unbelievable amount of knowledge when it comes to bowling. If it was not for her, there’s a guarantee that I would not be who I am today,” Strombeck said.

Recently, Kim Terrell-Kearney was named assistant coach of Team USA and she is the first female to coach an all-female team in the Professional Bowlers Association (PBA).

Terell-Kearney’s PBA team was the first women’s team to win a match in the league.

However, Terrell-Kearney has still found time to prepare her players by keeping her players mentally active and ready to perform.

“She still makes sure she gets videos on zoom from team USA coaches. She finds any little way to pass on knowledge to make sure we’re still absorbing as much knowledge as she can,” Strombeck said.

In addition to having the MEAC player of the year and a great coach, the team will have Ericka Quesada, who is a part of the All-MEAC preseason team , and the team’s second-best player from last season, Ana Olaya.

This upcoming season will be interesting for the women’s bowling team, to say the least, as their head coach and top players are ready to make a run for a championship.