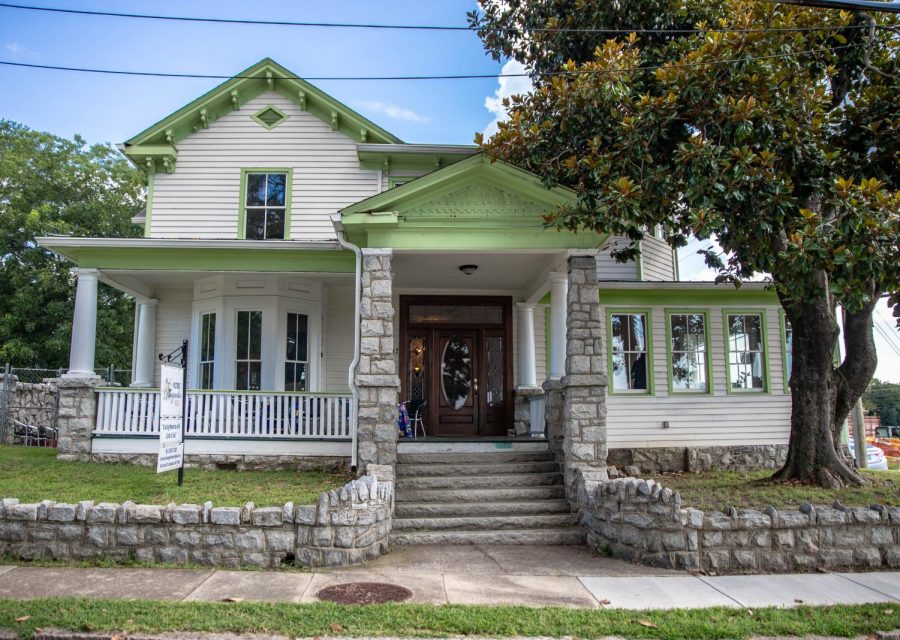 Local live music shows have been limited during the pandemic to small gatherings since March, but that tide has safely shifted recently.

The Historic Magnolia House in Greensboro has teamed up with a local organizer to host a concert that puts women and femme-identifying people on center stage. The show is called Gxrls Night Out, and will present a mix of local artists for an outdoor, all-ages concert at the historic House.

“I love bringing people together,” Chaslyn Carter, the local organizer, said. “I’m in love with Black music, and Greensboro has brought me so much. I just want to give back as much as I can.”

Carter took her own experience as a musician as inspiration for wanting to center women and femme-identifying people— creating a show to highlight the local music scene featuring artists such as Sunqueen Kelcey, Amor de Sol, Vee Shapree and Flower in Bloom.

According to Book More Women, all-male acts make up 67% of major US music festival lineups.

“I wanted to put a stage where people have not, for the people who do not typically get the shine,” Carter said.

Carter, who is an artist herself, also plans to perform her most recently released ‘Summertime’ mixtape at the event. After the event, she hopes to continue creating spaces for local artists to showcase their talents.

“I hope to be able to continue to create space for local artists to come and show their talents and hopefully engage the community around us to be supportive of the very very vibrant music scene in the city,” Carter said.

Similarly to Gxrls Night Out, the historic home had been offering ‘Porch Sessions,’ an evening of live performances as well as a benefit concert— created to save one of North Carolina’s few remaining Green Book sites.

The Magnolia House at 442 Gorrell St. has a deep history in the community, as it was among the businesses listed in “The Green Book.” Published between 1936 and 1966, the book gave a state-by-state listing of safe places where Black people could dine, patronize and stay overnight while traveling through the segregated south.

The historic location provided accommodations for some of the most well-known African American figures like Jackie Robinson, Carter G. Woodson and  James Brown.  The Magnolia House also acted as a special event venue for the Black community, offering wedding receptions and other formal gatherings.

Today’s mission of The Magnolia House is “to restore and maintain the structure and operation of the historic motel,” offering the Greensboro community public and private experiences including Sunday brunches with live jazz music, corporate events and milestone celebrations.

“I think having performers perform within our walls is really special, because it’s continuing that legacy,” Melissa Knapp, Site Manager and Curator at the Historic Magnolia House, said.

Before the pandemic, the historic house regularly hosted brunches, where UNCG jazz students and local musicians were able to come out and perform. Those events, unfortunately, had to come to a halt to accommodate for the COVID-19 pandemic.

Now, they’ve been able to reopen, and have gotten creative with how they plan the events they create, including their socially distanced events like ‘Porch Sessions’ and ‘Yoga in the Yard.’

“We really want to continue working within that historical footprint, and be a part of the community that we’re in, because it has given so much to us and has been historically so important,” Knapp said.

The Historic Magnolia House has several upcoming events, including Gxrls Night Out, which was originally set for Oct. 10 but was rescheduled to Oct. 17 due to inclement weather.

As for the upcoming concert on Oct 17., tickets for the show are a $10 donation. Doors open at 5 p.m., and the show will begin at 5:30 p.m. Food provided by the Historic Magnolia House will also be available.

“Come to have fun with us and just enjoy your time with us in the house,” Carter said. “Donate to the Magnolia house if you can’t come, stream your local artists’ music, follow them, repost their things, help your favorite local artists build the visibility that they’re looking for.”