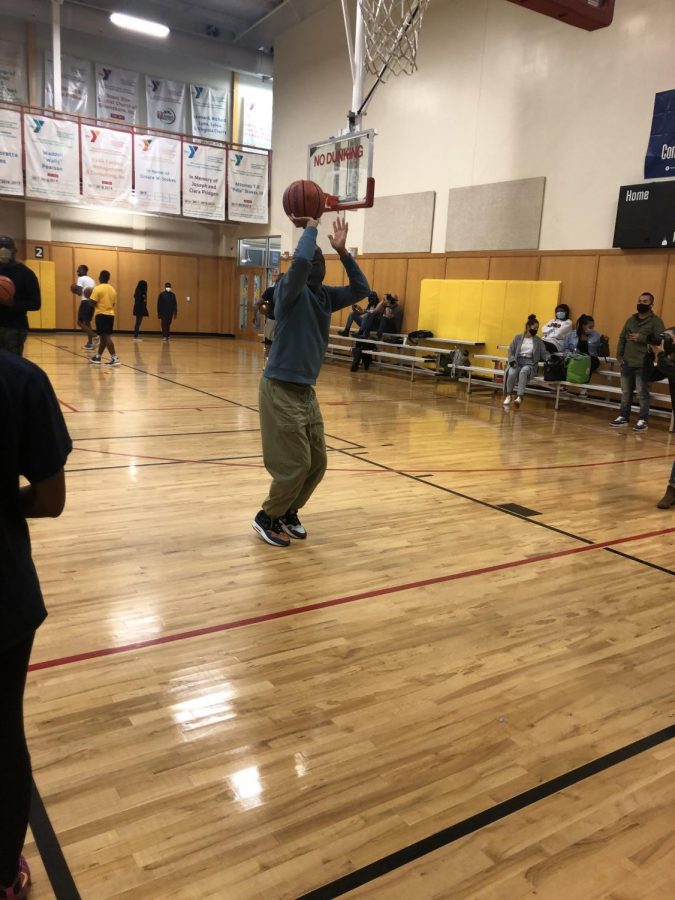 Grammy award-winning rapper and activist, Common, plays basketball with the youth and encourages the community to go out and vote.

Grammy award-winning rapper and activist, Common, plays basketball with the youth and encourages the community to go out and vote.

The activist joined the Biden for President campaign to kick off early voting for the day. Common was here to speak with young voters and the youth about the importance of voting and voting early. He began the day with a canvassing kick-off followed by an interview and basketball game.

He was joined by State Representative, Amos Quick to play the basketball game “HORSE” which they renamed “VOTE.”

Volunteers and staff members are impressed with the impact that they have made so far but there is still room to grow.

Hayes-Taylor Memorial YMCA executive director, Larry Burnett believes that having canvassing events has helped young voter turnout.  He believes that giving young adults incentives such as celebrity appearance, like Common, will not only influence voter turn out but will encourage younger generations.

“Apart from what happens today he [Common] will be able to go out to canvas in the community and encourage those out in the community to vote,” Barnett said. “It will give them incentives and it lets them know how important it is to go out and vote.”

Barnett also says that he has already seen an impact in his community and reflects on what impact that young voter has already done.

“There are far more students voting than when I was a student at A&T,” Barnett said. “They understand the impact of voting and having the right people in position..I think you will continue to see them do this for a long time.”

N.C. A&T Residence Hall Association President, Arthur Claiborne, says that seeing celebrities and leaders encourage people to vote shows that they care about the community and the turnout of this election.

“For me to see it in person I think this was an amazing opportunity. It pushes college-level students and young adults to get out and vote,” Claiborne said. I see that many celebrities, artists, and people around the world are getting out and pushing people to learn about voting.”

.@Common got some handles. Gettin’ buckets against some fans at the YMCA before the concert at North Carolina A&T and “March to the Polls” tonight. @Ballislife pic.twitter.com/bGoYLIF6Dq

The 12th  Mr. A&T, Armani May, says this event was impactful because it shows younger generations that they can do anything they put their mind to. He also says events like this will teach the youth about unity in the community.

“It shows a different perspective of voting,” May said. “It shows children of color that they can be anything that they want. It shows equality and unity in our community and America.”

The decision we make this election season will affect many generations to come. The importance of expressing your voice is unique to each individual.

Did you vote? What are outcomes are you looking for in this election?