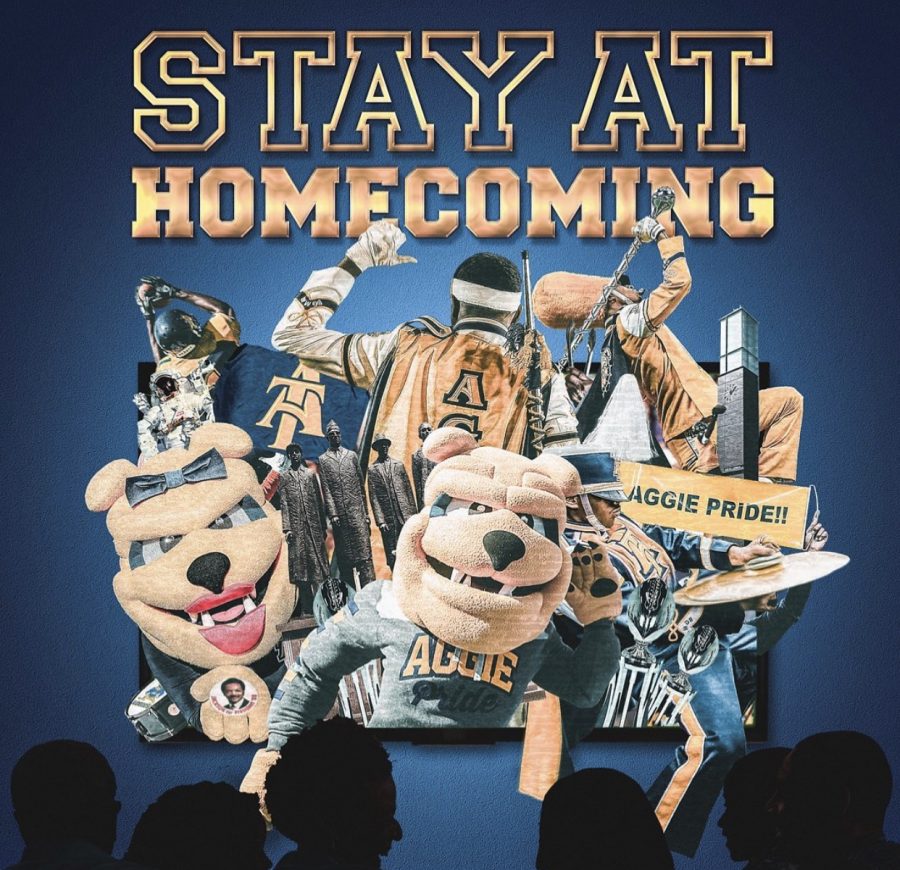 Although homecoming was canceled this year, due to Covid-19, N.C A&T worked hard to provide a homecoming experience for students and alumni.

The Stay At Homecoming: The Movie is a documentary about the most celebrated event at the institution, The Greatest Homecoming On Earth (GHOE). The film also addresses the conversation of the legacy of N.C A&T and its impact on the community.

In a phone interview with the News and Record, Brandon Deese said he wanted the film to be more than a documentary. He wants the film to resonate with people and he calls it a “love letter” to N.C. A&T.

“We had all this gold we shot at last year’s homecoming,” Deese said. “What we would like to do is to create something — a love letter, a gift — to the great experience that we had. We knew there were going to be a lot of homesick Aggies.”

Many Alumni are saddened that Homecoming events are canceled, but they still found a way to embody the homecoming spirit. Vice-Chancellor of Alumni relations Teresa Davis states that Alumni still wanted some form of Aggie Spirit this homecoming, even if it had to be virtual.

“Even though alumni were disappointed to learn that in-person events were canceled due to the COVID-19 pandemic, the Office of Alumni Relations surveyed our Aggies to gauge their preferences on virtual options,” said Davis. “Due to an overwhelming response from our alumni to stay connected to North Carolina A&T, we decided to move forward with a virtual homecoming edition.”

Timothy Bass, a junior, computer science student, talks about his experience while watching the film. He also talks about the impact of the documentary left on him.

“Watching the homecoming documentary gave me a glimpse into my future as alumni,” Bass said. I hope I am able to carry on the legacy of N.C A&T like our Alumni. The documentary highlighted our strong Alumni and highlighted the upbringing of African Americans. It showed the impact that black people are leaving behind for our generation to pick up and truly make a change.”

Bass also reflected on the term “Aggie Pride” and explained what that means to him.

“One thing that I was able to take away when Chancellor Martin quoted the school’s motto, “Aggies Do!” is more than just a motto but an actual state of mind,” Bass said. “Even during the middle of a pandemic, we Aggies are still striving for excellence.”

The University plans on having a bigger and better homecoming coming 2021.