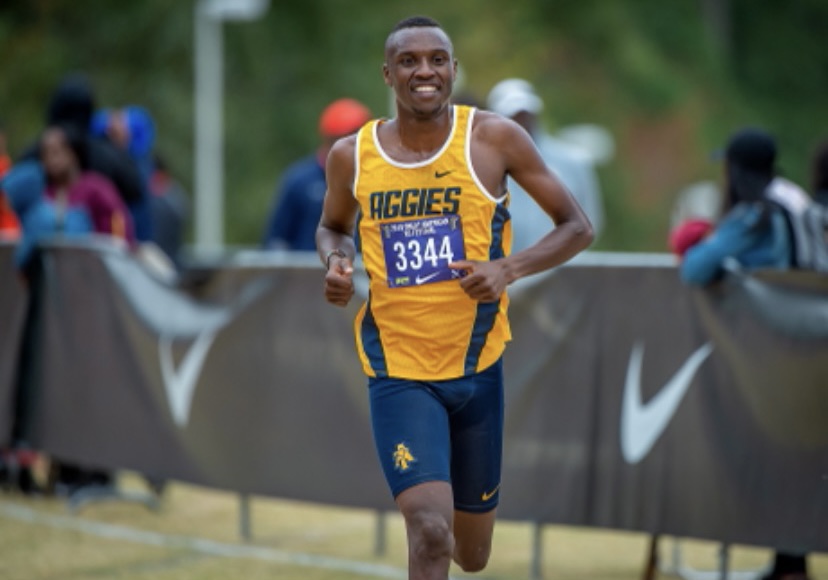 While other fall sports were moved to the spring of 2021, the Mid-Eastern Athletic Conference (MEAC) has decided to cancel the cross country championships for the 2020-2021 academic year.

Cross country will be the only fall sport at N.C. A&T will not be able to compete in their last season as a member of the MEAC.

After consulting head cross country coaches and student-athletes, the conference decided to cancel the cross country championships because of its possible placement in spring 2021.

N.C. A&T’s Athletic Director Earl Hilton believes it would have been unsafe for athletes to compete in the cross country championships this academic year.

“[The MEAC] Cross Country Championships got canceled for this year because they would have to happen in the middle of the indoor track season,” Hilton said. “You have the same students running distance in indoor track who also run cross country. It’s not safe or healthy to try to prepare for both of those events at the same time.”

However, Regan Kimtai, a junior cross country runner at N.C. A&T could not believe they lost a chance to become one of the greatest cross country teams in the university’s history.

“When I heard from MEAC officials, I was like, is this for real? Because this year we had the strongest team ever,” Kimtai said.

Kimtai wanted his team to have the opportunity to leave a mark on the MEAC for the last time.

“We were trying to finish strong to leave a legacy. We wanted to say we won the cross country championships the last time we were here,” Kimtai said.

“I was straight and my teammates were ready. If you saw them, they were still training hard for the cross country championships,” Kimtai said.

For graduating seniors, this was an opportunity to compete before graduation. However, the NCAA will be allowing them to compete during the next academic year according to Earl Hilton.

“The NCAA is going to give them their season back and if they want to come back, run and pursue a Master’s degree, we are happy to have them,” Hilton said.

Although Hilton believes that it would be hard for recent graduates to put their life on pause, they still have the option to come back and compete.

“If they just have one season of cross country left, I think it would be tough to put your life on hold all summer and come back only for a cross country season that will last 8 weeks and be done,” Hilton said

Kimtai believes that if he was in that situation he would choose to come back and compete because he could leave giving his best performance.

“If I was a senior, I would definitely run. I would like to run for my school one last time, and at the same time, I would want to do something impressive and run my best time. Maybe that next season when I run, it changes my life,” Kimtai said.

Although many lost the opportunity to compete in the MEAC, runners can still compete at a high level next season in the Big South.