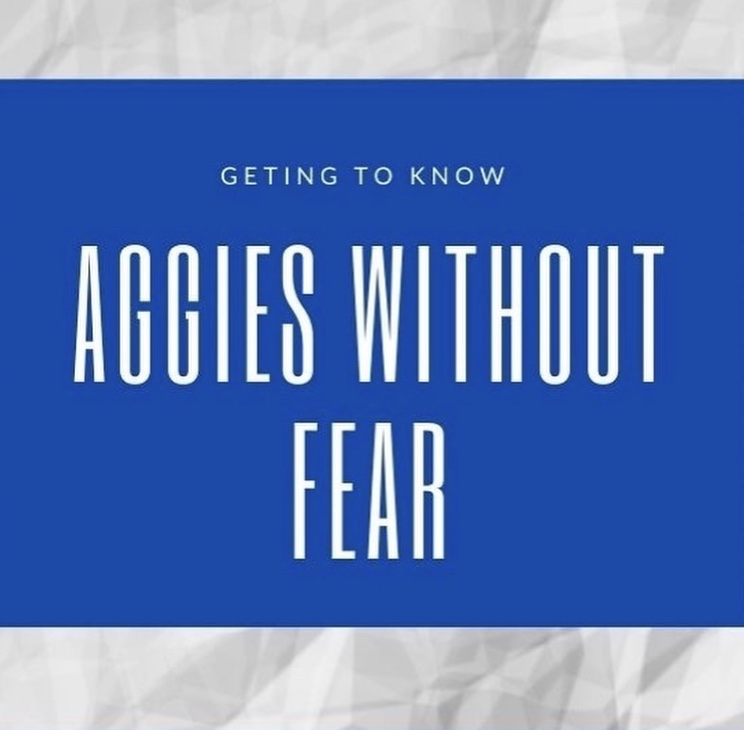 Courtesy of Aggies Without Fear

Since 2017, students have demanded N.C. A&T to address their Title IX policies and improve their support for survivors of sexual violence; the newly founded organization, Aggies Without Fear, has been created to amend the school’s policies and create a support system for survivors

In 2017, Concerned Student 1891 created a letter to Chancellor Martin addressing the school’s insufficiency in supporting survivors of sexual violence. The following year, another letter was created by  Kylah Guion, 20-year old N.C. A&T student, addressing  the same concerns as the prior letter.

According to the A&T Register,  the Office of Violence against Women in the United States Department of Justice (OVW) awarded N.C. A&T a grant of $549,999 for three years to specifically deal with Title IX concerns.

“ The grant is funded for three years and will strengthen responses to crimes of sexual assault and domestic violence and enhance collaboration among local law enforcement and victim advocacy organizations.”

In late July, Kendrick created a petition demanding the University to improve their Title IX regulations. Since 1997, The U.S. Department of Education had not announced changes to Title IX. Kendrick created an Instagram account to improve and increase advocacy against the new title IV rules that were passed by Betsy Devos, U.S. Secretary of Education.

“ It essentially stripped survivors of a lot of their rights when it comes to being free from sexual violence in schools and injustice,” said Kendrick.

Here is Kendrick’s brief overview of one of her post detailing  the new Title IV regulations that were effective on August 14, 2020:

If assaulted on a study abroad trip, at an off-campus party, or even in an off-campus apartment, the student will not have a right to open a Title IX investigation against your abuser.
If assaulted by someone who is not affiliated with the University (student, employee, etc.), the student does not have a right to Title IX accommodations.
If the Title IX office does not deem a student’s assault to have been severe, pervasive, or objectively offensive, the student does not have the right to seek justice through Title IX.
The University can take years to resolve a pending Title IX investigation, and not break federal laws.

The organization’s Instagram account (@aggieswithoutfear)  has a Linktree in their bio that has links to her petition and other resources made available to survivors and allies.

When Kendrick emailed her petition to the school, she did not receive any response to her demand besides an agreement to meet with the school personally.

“I was personally written off, N.C. A&T provided no commitment to upholding these demands. I want to see why was this brushed off ?,” said Kendrick.

For this semester, Kendrick has been working with community members such as the Title IV officers and researchers at UNCG such as  Murphie Chapell, UNCG Title IX coordinator. In comparison to N.C. A&T, UNCG has more resources available to students and a user-friendly website that explains in depth of their department. UNCG also has a crisis center created to focus specifically on survivors of sexual violence.

“I think the main thing that I appreciate is the Campus Violence Response Center. I really believe we need one on our campus,” Kendrick said.

Next semester, she plans to work directly with the school to amend the school’s Title IX policies.

“ We have reviewed the school’s Title IX policies and it is really horrifying how much the policies lack, even compared to years prior, where they were not held accountable to the rules,” Kendrick said.

One of her concerns about the new Title IX regulation is the lack of protection if a student is assaulted off-campus or during study abroad. Regardless if you live on-campus or off-campus, she believes that students should have the right to have a Title IX jurisdiction.

“Now the school can decide which cases to take and those cases have to be severe, pervasive and objectively offensive. It is very gaslighting and can be re-traumatizing to survivors,” Kendrick said.

As for a timeline in progress of a Title IX case,  N.C. A&T’s policy used to be for 30 days. According to Kendrick, currently, the school does not have a  timeline set for the investigation or how long the appeals process should take. Without a timeline set, a case can last for months or years without any weight to sue the school for violating their rights. This can affect a student’s academic trajectory because of the stress and anxiety for a verdict to be announced by the school.

Due to COVID-19, Aggies Without Fear has been interacting with community members virtually. The organization mainly uses Instagram to attract and inform people. Kendrick is focusing on building a team of people to help sustain her organization and expand to other media platforms. As of now, her suitemate is the only person that helps in graphics and social media coverage. Aggies Without Fear is actively looking for people to fulfill different roles in many areas of expertise.

“My short-term goals for the end of next year is to expand and create more programs and have direct support for survivors. Education and discussions lead to violence prevention,” Kendrick said. I would also want to continue to work on developing and researching best practices with researchers at N.C. A&T and the Greensboro community” Kendrick said.

Kendrick likes Healthy Brother and Sister and how it informs students about consent. However, she would like the school to make it a continuing education requirement that students have to take every semester instead of the beginning of freshman year.

This organization is non-affiliated with the school but students and the Greensboro community is open to contribute in being a part of Aggies Without Fear. To learn more about Aggies Without Fear, follow @aggieswithoutfear and visit their Linktree.