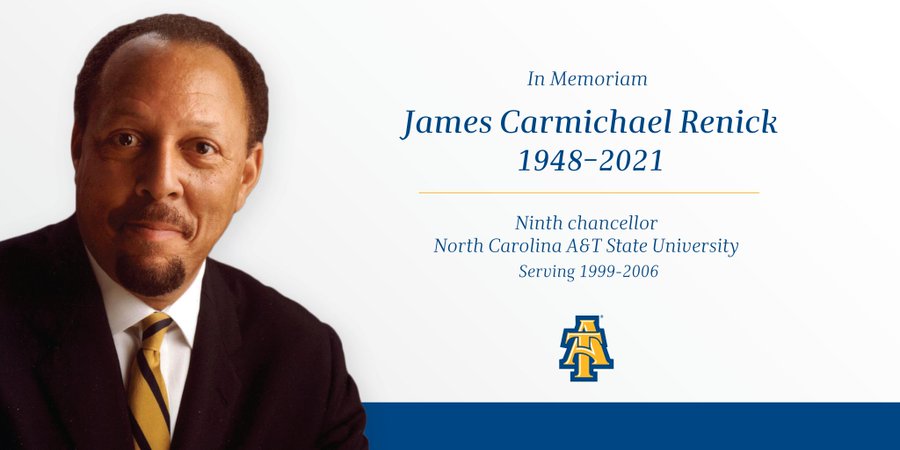 Renick served at North Carolina A&T from 1999 to 2006, when he left to become vice president of the  American Council on Education.

During his tenure at A&T, he increased enrollment by nearly 30% and he was responsible for new academic facilities, residence halls and several infrastructure improvements on campus.

Renick was battling Lou Gehrig’s disease. He was 72.