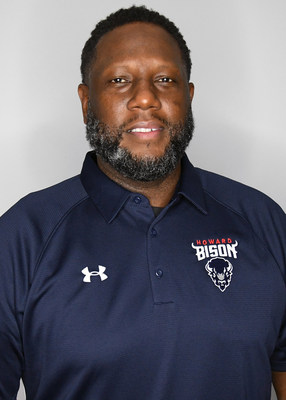 For many coaches, coaching for Alabama’s football team under Nick Saban is a dream, but for Larry Scott, Howard brought something that only an historically black college and university (HBCU) can offer.

Scott’s decision to coach for Howard has put HBCU athletics in perspective. He didn’t just take in account the hype behind the program, but he made his decision based on the culture that surrounds HBCU sports.

Scott was hired by Howard in February 2020, but he hasn’t coached a game since the  Mid-Eastern Athletic Conference (MEAC) cancelled fall sports because of COVID-19.

As a result, Scott was offered a position as an assistant coach under Nick Saban before he could even coach a game for the Bison, according to NFL reporter Jim Trotter.

Additionally, this was a solid opportunity for Coach Scott to move toward becoming a head coach at a major college football program like some of Saban’s former assistant coaches. Coaches like Jimbo Fisher, Mark Dantonio, Derek Dooley and Jim McElwain fall under Saban’s coaching tree. Saban has bred many head coaches, but Jimbo Fisher is the only one to win a national championship.

However, Scott’s reason for declining this offer was bigger than football. Scott didn’t want to miss an opportunity to be a part of the HBCU culture and the growth of HBCU athletics.

“You’re knee-deep in the culture,” Scott said at MEAC Media Day. “You get a chance to bring on some of the expertise and experiences that you’ve had along your coaching ladder and the stops that you’ve made in this coaching world, and going to school and actually bring it home and bring it back to the HBCU.”

Since Scott might be missing out on a pay raise and top tier FBS coaching experience, Scott declining Alabama’s job offer is a huge win for Howard. Additionally, Scott can bring much needed consistency to Howard’s program.

In the past two seasons, Howard’s program was exciting under Mike London at first until it became dysfunctional with on-field struggles and abuse allegations. Since moving on from Mike London, Howard was searching for a coach that could rebuild the morale and competitiveness of their football program.

Even though this is coach Scott’s first head coaching job,  Scott has enough experience to rebuild the program. Scott has 14 years of collegiate coaching experience that includes 10 postseason appearances and six playoff wins. Also, he has spent seven seasons as an assistant at Power Five schools.

For HBCUs in general, Scott’s presence should bring a level of competitiveness that could attract recruits to come to these schools. With valuable experience being an assistant coach at  big name schools, his credibility with recruits should be pretty high.

Also, Scott hopes to provide consistency by listening to his players’ concerns, so he can gauge the impact of the previous seasons.

“I did need to let these young men talk about it, put it in the atmosphere as to what they’ve felt like, how it made them feel, where the love of the game has been decreased to and what level and where we’re at so we can find a sound ground from which to begin to build again,” he said.

In addition to managing stress from the previous seasons, Scott has sought professional help for his athletes because of the current social and political atmosphere in this country.

“We had to hit the pause button, really attack some things that were going on in our country, day in and day out,” Scott said. “And really deal with where these young men were, their mental stability, their mental health, as it pertains to everything that is going on.”

With these unique circumstances, this season for the Howard Bison will be interesting. Hopefully, Scott’s decision to coach for HBCU over a more popular football program continues the trend of empowering HBCUs.

With more big name coaches and athletes going to HBCUs, it’s only a matter of time until HBCU athletics are given the same respect and recognition that other universities receive.