Disney+ Wakanda series is in the works 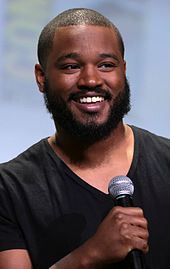 Since Chadwick Boseman died, many fans have wondered what will happen to the Black Panther and the Black Panther franchise. Over the past couple of months, Disney and Marvel have worked together to answer these questions.

First, it was decided that there wouldn’t be another actor for the role of T’Challa. Second, the Walt Disney Company made sure to sign the Black Panther director Ryan Coogler to a five-year deal.

“Ryan Coogler is a singular storyteller whose vision and range have made him one of the standout filmmakers of his generation,” said chairman of the Walt Disney Company Bob Iger. “We’re thrilled to strengthen our relationship and look forward to telling more great stories with Ryan and his team.”

Since making these decisions, Ryan Coogler has been working on Black Panther 2, the Wakanda TV series and other Disney+ shows alongside Marvel studios.

“We are excited that we will be taking our first leap with Kevin Feige, Louis D’Esposito, Victoria Alonso where we will be working closely with them on select MCU shows for Disney+. We’re already working on some projects that we can’t wait to share” Coogler said on behalf of Proximity media.

Kevin Feige said that Ryan Coogler is creating a story for Black Panther 2 and the TV series focusing more on the culture and beliefs that the people in Wakanda hold dear to them while honoring the memory of Chadwick Boseman.

“Ryan Coogler is working very hard right now on the script with all respect and love and genius that he has, which gives us great solace, so it was about furthering the mythology and the inspiration of Wakanda,” said Feige.”There’s also the task of honoring and respecting the ongoing learnings and teachings from Chad as well.”

Kevin Feige also talked about how there is much more about Wakanda outside of its leader that can be explored.

“Wakanda is a place to further explore with character and different subcultures. This was always and initially the primary focus of the next story,” said Feige.

Naki Franklin, a senior creative writing student at N.C. A&T believes that Shuri who was played by Letitia Wright in Black Panther may earn a larger role in the Wakanda series.

“I would like to see Shuri have major plotlines in the series if she is in this series. There should be a plotline about who should rule Wakanda after the loss of their king, and I want her to be in the running,” said Franklin.

The story could explore Wakanda when T’Challa’s father T’Chaka was the Black Panther. During T’Chaka’s reign as Black Panther, he killed his brother and left his brother’s son Killmonger which led to the events in the first movie. What other issues did he leave his children to handle?

Although all of these ideas make sense based on the current knowledge of Wakanda, there is no sign of the events in the TV series being set before or after the events in Black Panther 2. Additionally, Marvel Studios and Disney haven’t released the cast or plotline for the show.

Without any knowledge of the casting or the plot, there’s no telling what Ryan Coogler and the crew have in store. Even though there will be some time until we see how the Wakanda TV series plays out, fans can look forward to seeing Black Panther 2 on July 8, 2022, according to Vulture.