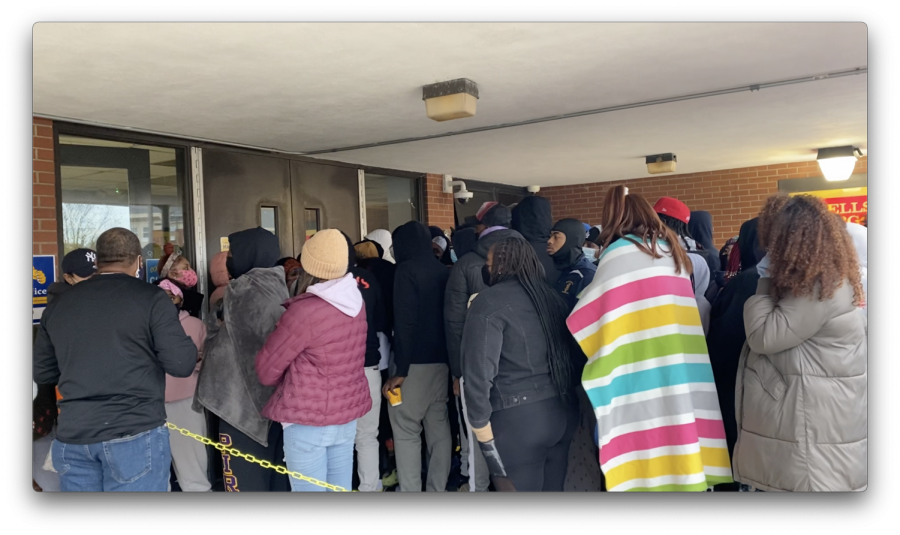 Students lined up as early as 5 a.m. for tickets to the rival game on Saturday

Students began to line up as early as 5 a.m. for tickets to N.C. A&T’s first game with fans in attendance since the start of the COVID-19 pandemic.

Tempers began to flare when students started to accuse student-athletes of line cutting.

 Tempers flare as students line up for tickets to NC A&T vs. NCCU Basketball game set for Saturday, Feb. 27 #ncat

More on this story to come pic.twitter.com/V61EqjNkYg

The university previously announced during the February student forum, games would be having fans in attendance starting with it’s now cancelled football season.

With basketball, baseball and softball all having their seasons, fan capacity in the Corbett Sports Center is expected to be at 33 percent (1650 out of 5000) capacity. With an expected number of 750 fans to be in attendance.

All attendees will be required to wear face coverings and observe social distancing. The release said cleaning, disinfection and safety measures will be a priority at all events.

While some students were excited about the opportunity to experience a small semblance of normalcy.

“Today was really crazy but unnecessary however I understand the excitement because it’s the only game we’ve had. I think it should’ve been handled better, I feel A&T should give students an online option for tickets,” sophomore animal science student, Alaya McCarter said.

Some seniors including the senior class president of the Student Government Association were concerned about plans for the spring commencement ceremony.

I am very disappointed that an #NCAT in-person graduation decision has not been made yet tickets for in-person sporting events are being distributed. With graduation being 2 months away, we still don’t know anything.

At this time N.C. A&T, has plans for a fully virtual commencement ceremony however, with COVID-19 restrictions being lifted by Gov. Roy Cooper plans to make adjustments.

“We don’t want a superspreader event,” Senior Vice Provost for Academic Affairs, Dr. Tonya Smith- Jackson said during the Feb. 8 student forum. However, with the specifics of the event as well as opinion revolving, the virtual graduation vs. in-person sporting events have left the class of 2021 up in the air.

N.C. A&T is set to face N.C. Central on Saturday February 27 with the women’s game tipping off at 2 p.m. followed by the men’s game at 8 p.m. The men’s game is set to be broadcast on ESPN U.

“Everybody just wants to get out and enjoy what the campus is really about in the spring time and enjoy the social life of this campus,” said sophomore pre-law student, Aaron Seivers.