On the Come Up With N.C. A&T Student Nicholas “Nic.” Harper 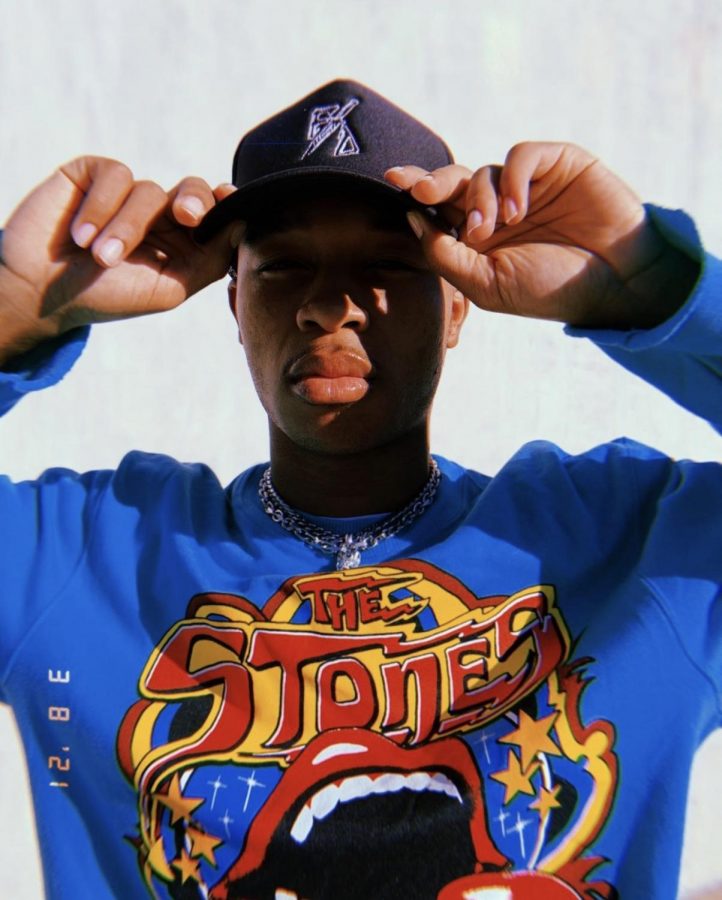 N.C. A&T junior marketing student Nicolas Harper debuted his first EP, The BLK Tape on Feb. 19—containing four tracks in total. The four songs from the EP are “blkisthe.wav,” “My Skin is My Crime,” “Arial’s Aphorism,” and “Queen Talk.”

Born and raised in Cincinnati, Ohio, he realized his passion for music at the young age of 10. Having ideas constantly swarming through his mind, he began to compose his first songs.

To Harper, an artist that inspires him the most is Kendrick Lamar. Unlike other rappers, he feels like Lamar is on a different playing field due to his wordplay and wild rhyme patterns. He aspires to one day become an artist with a career as influential or possibly greater with hard work and dedication.

Despite being in his third year studying marketing at N.C. A&T, Harper considers music as his first love and can’t imagine an existence without it. He plans on using his marketing degree to aid in exposing his craft to the world.

“The truth is I have no aspirations to work in this field beyond graduation, Harper said. “ I intend on pursuing a music career full-time and using the skills I’ve gained at NC A&T to help market myself as an artist and the work that I create.”

Throughout the process of creating his EP, Harper did come across a few challenges. Time was the greatest obstacle he had to overcome. With the spring semester starting and work rolling in, he had to figure out how to manage his time.

“Organizing the music, the photoshoot for the cover and a week full of social media promotion was a lot for what felt like such a short amount of time from when I decided the date my tape would drop,” Harper said. “At times I felt super rushed, but I have an amazing team full of people that support me that made this tape a success.”

The BLK Tape is an EP full of raw emotion that expresses a story about Black trauma. To Harper, creating music is his strongest form of communication—and by listening to his music you will be able to learn more about the person he and what he experiences.

“I am in love with the craft. That is why I do what I do,” Harper said. “I have a lot to say and this is the best way I know how to communicate it. If you listen to all of my music, to a certain extent, you will know me better than most of the people I see and am around on a day-to-day basis.

He continues, “I believe that this is a unique feature and I am different because I really give much of who I am to each piece of art I create.”

Through his personal experience of creating music and feeling unseen, Harper wants other aspiring artists to understand that persistence is key. He believes that talent alone can only get you so far.

“As artists, we must learn to identify our audience, and then we must learn how to show them that they need what we have,” Harper said. “This can be hard at times, but you have to continue to find new ways to push your work to the masses so that they see the ‘light’—and the ‘light’ is your undeniable talent.”

An artist, rather than a rapper, is what he refers to himself as and would like his listeners to as well. He may be rapping in this album, but he feels that the title subjects him to one style when he has abilities that apply to many more music styles.

“I do not plan to box my art in and make it one thing,” Harper said. “ I would hope that others do not try to box me in and make me one thing when I am so much more. I want to do so much more in the future.”

The BLK Tape is available on  Apple Music and Spotify. Visit Harper’s Instagram or Twitter at @ajokewithadream for more updates on future music releases and events that he will be performing.