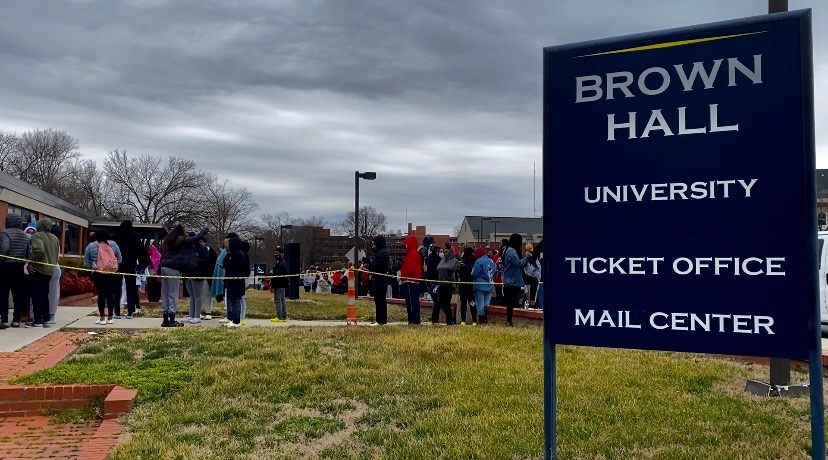 N.C. A&T has several building projects to support their growing student population, none of the projects are affected by COVID-19.

Due to the Ticket office’s small space, the vacant area between the ticket office and the mail center will now be renovated. Previously, the vacant space  used to operate as the university bookstore and a student cafeteria when the student population was smaller.

The building referred to as Brown Hall, was built in 1960 in honor of Paul Brown, a 1929 graduate of N.C. A&T. Andrew Perkins, Associate Vice Chancellor of Facilities, explained how the university will continue to use Brown Hall.

“ We are not going to replace the Brown Hall bookstore. It is being renovated to give Angela Peterson some additional room to expand our operation for ticket sales, ” said Perkins.

N.C. A&T is focusing their attention on renovating and providing academic buildings for their colleges. Marteena Hall, Price Hall and Carver Hall will be renovated in the future. Eventually, the school wants the College of Health and Human science to have their own building, a permanent building has not been identified yet.

The university has not renamed the former buildings Cherry Hall and Morrison Hall yet. Their names were taken down after discovering the racial overtones from the name origins. The naming committee is in charge of renaming the building, a date is not projected at this time.

However, a date is set for the new engineering building, Engineering Research and Innovation Complex (ERIC). The building is 84% to completion, and will be fully operational by Sept. 7, 2021.

As the student population grows, the university has increased parking throughout campus. There is a new parking area behind the Aggie Dome which now serves as an athletic facility for sports teams to practice indoors. Adjacent to the Student Center behind the police department, the parking lot has expanded for students and staff.

“The 300 spaces are already being used by students who are commuters and need parking. The shuttle bus stops are close to the parking spaces where students can be picked up or dropped off easily,” said Perkins.

Since 2008, the university continues to purchase properties across the street from Frazier Hall and the Harrison Auditorium to expand. The space will be used for a new Global Village, a larger recreational facility that has an indoor basketball court, racketball area, indoor field and more opportunities that will allow students to be outside of their room if another pandemic occurs.   Perkins has heard complaints from students about not providing enough conference spaces for students to utilize.

“ We are looking at how we are going to do that [ Global Village] with some concept drawings to look at what size it [building] should be and what other things should be in it,” said Perkins.

Property will continue to be purchased for the Global Village construction till 2027.